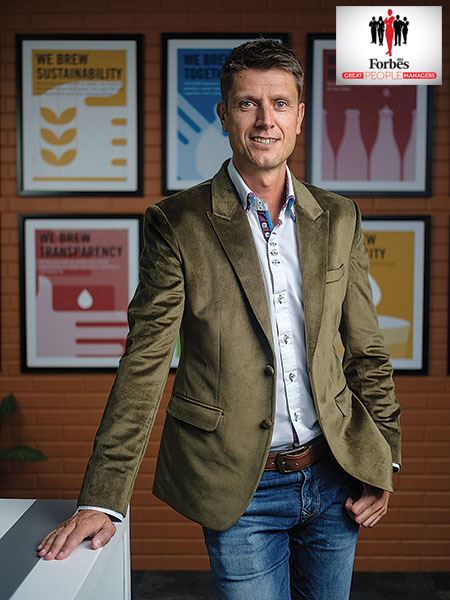 A few months after he relocated to Bengaluru as the head of brewer AB-InBev’s Global Capability Center (GCC), an angry Serge De Vos convened a meeting to review a project that was derailed. “I was very disappointed and did some tough talking,” says the Belgian.

Once done, a colleague took him aside and told him public dressing-downs were often considered humiliating in Indian offices. “Do it in a one-on-one meeting, he told me,” says De Vos. “It made me realise respect had a different connotation in Indian culture. Point out shortcomings, but make sure your people don’t feel disrespected.”

When he moved to the Bengaluru office in 2018, De Vos wanted to make the Bengaluru centre the best GCC office. But it couldn’t be achieved on his own, so he coined the slogan ‘create your legacy’ to inspire every employee to pitch in. “The year I joined, employee engagement was at 62 percent. In 2021, it’s at 92 percent,” he says. “We did that by putting people first.” 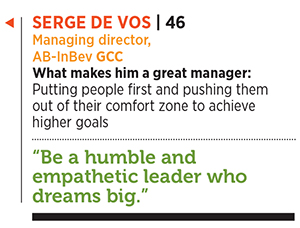 In a pandemic year of rollback of job offers, De Vos says the GCC stood by the offers made to fresh recruits. “Our budgets were curtailed, but we cut costs elsewhere,” he says. “The percentage of salary hikes this year was the largest I have seen in my 14 years in this company.” AB-InBev also tied up with Manipal Hospitals to set up a dedicated Zoom room for employees and their families, delivered ergonomic furniture to facilitate work from home and signed staff up for mental health sessions. De Vos believes his people-first policy amped up productivity as, in 2021, the company delivered its best results in the last four-five years. “All this while working from home.”

Says Pawan Agarwal, director, Rest of Africa Operation: “Serge can clearly communicate what he expects from you and then mentors you towards it. He is the best manager I’ve had in my 20-plus years.”

Tweets by @forbesindia
What's the state of women in leadership?
Manas Fuloria, CEO of Nagarro, on the digital product engineering company's next phase of growth