More consumers may opt to "buy now, pay later" this holiday season, but what happens if they can't make that last payment? Research by Marco Di Maggio and Emily Williams highlights the risks of these financing services, especially for lower-income shoppers 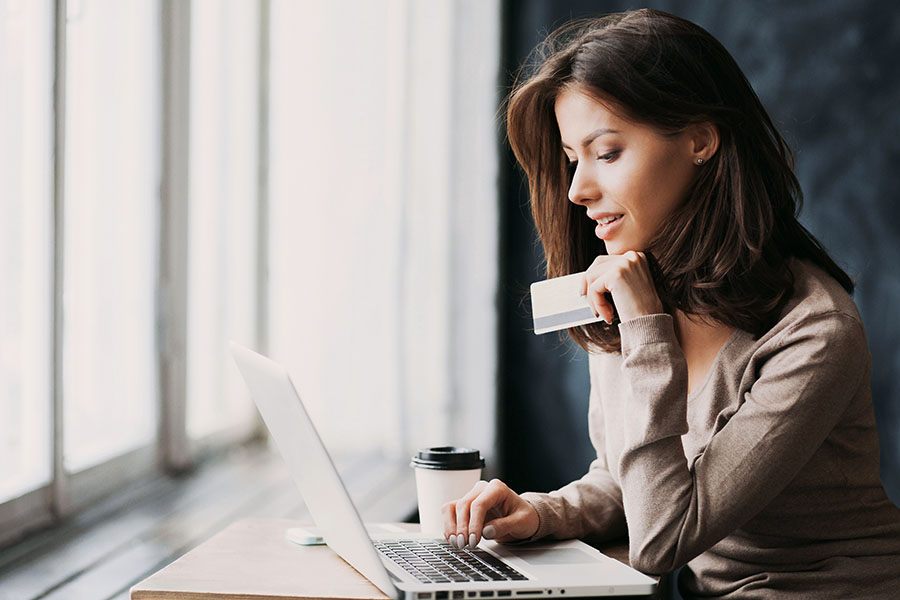 The majority of consumers who use BNPL have credit cards, but use the installment financing because it offers more favorable terms. Image: Shutterstock

Online shopping features that let consumers pay for goods in interest-free installments exploded during the pandemic, but new research questions the riskiness of such services: Are people getting in over their heads?
Buy now, pay later (BNPL) financing has snowballed and is particularly popular with Gen Z shoppers in their teens and 20s. The payment method made up $97 billion—or 2.1 percent—of total US e-commerce sales in 2020, a figure that is expected to double by 2024.

BNPL is so lucrative, merchants are paying fintech companies roughly twice the amount they pay in credit card fees to offer the short-term loans to consumers. And it’s no wonder: Consumers using the payment method often spend more than they would with a credit card, according to new research by Harvard Business School professors Marco Di Maggio and Emily Williams, and HBS doctoral student Justin Katz.

Now, as an inflation-charged holiday season approaches and threat of a recession looms, the research invites caution. While these new payment methods might seem like a tempting way to afford gifts, they can lead to a trap of overdraft and insufficient funds fees, especially for lower-income shoppers who shop beyond their means, the authors say in their working paper.Also read: Are buy now pay later offers worth it?

“Put yourself in the shoes of the consumer,” says Di Maggio, the Ogunlesi Family Associate Professor of Business Administration. “You see something you like, you put it in the shopping cart, and you start to checkout. Before, you were looking at $100 for the item, plus shipping, plus taxes. Now, the bill [for the first installment] says $25. You say, ‘OK, now I'm going to buy it for sure.’”

BPNL credit burst onto the market within the past several years, advertised under fintech providers like Klarna and Afterpay and tied to the point-of-purchase of a particular product.

Paying with BNPL differs from credit cards. Rather than a revolving credit line, consumers take out an installment loan through the retailer at the time of purchase, usually agreeing to pay the total in four installments. There’s typically little or no credit check and most loans charge zero interest if the bills are paid on time.Also read: Buy now, pay later: A boon or bane for consumers?

Retailers are willing to pay more for providing the service because almost half of consumers spend between 10 percent to 40 percent more when paying through BNPL versus a credit card, the authors note, citing a December 2020 survey from data firm Cardify.

Why do consumers use BNPL?

The majority of consumers who use BNPL have credit cards, but use the installment financing because it offers more favorable terms.Detailed consumer data for BNPL hasn’t been easy to analyze previously because transactions aren’t reported publicly or to credit bureaus. To track BNPL use, researchers tapped data from a US aggregator for 10 million individual transactions from January 2010 to May 2021 among merchants, providers, and consumer bank accounts.Also read: More proof that money can buy happiness (or a life with less stress)

The authors then analyzed a sample of 400,000 consumers, half who used BNPL and half who didn’t. A separate dataset from Builtwith.com helped the researchers track some 20,000 specific retailers to identify merchants using BNPL, including the top US retailers.

The loans create what the authors call the “flypaper effect.” Consumers with healthy access to liquidity like credit cards or bank accounts spend a bigger portion of their total budget on retail goods when they use BNPL. Higher-income users are more likely to use BNPL for big-ticket items like household appliances, the researchers note.

Lower-income consumers, those who may not use or have access to a credit card, not only spend more on retail but their total spending increases, which makes them more likely to incur overdraft fees and drain their savings accounts, the researchers write. Consumers earning $25,000 to $45,000 a year use BNPL more on average than other groups—and 20 percent incur overdraft fees and 17 percent pay low-balance fees, the authors found.Also read: Lizzie Chapman: Pioneering buy now pay later in India

“Across all users—those who use credit cards, non-credit card users, everybody—the retail share of expenditures go up,” says Williams, an assistant professor in the Finance Unit. “But the increase in total spending is only coming from non-credit card users. And it is only these users that are incurring the overdraft fees and low [savings] balances.”

This means that consumers who use such services might have more debt than is apparent, which may be a concern for traditional lenders, like banks, the authors note.

How risky is the shopping method?

BNPL can keep consumers—particularly those who lack access to traditional credit—from seeing the full picture of their spending during the heady holiday shopping season, Williams says. For example, if a shopper initially spends $25 for a $100 sweater, they might feel as if they're getting a bargain, Williams notes.

“But over the next two-week intervals—at two weeks, at four weeks, at six weeks—$25 is coming out of my account automatically," Williams says. "I forget about these $25 payments in a way that they're related to the sweater. And then it's 'Oh, my goodness, money's coming out of my account.'"Also read: Millennials are shunning credit cards. This entrepreneur's new buy-now-pay-later model made

Consumers who make multiple purchases may be served by different fintech providers, which may be harder to track than credit cards that come with a list of purchases on a statement. Some buyers end up paying BNPL bills with savings or other forms of credit, the authors write.

What’s more, inflation is curbing spending habits just as the number of defaults on BNPL loans creep higher. Add in a potential recession and the authors question whether the model might prove to be riskier for consumers, investors, and retailers in the future.

“The product was very popular [during the pandemic] because people were stuck at home. People were shopping, flush with cash. It feels like somebody is giving you free money. Why should that be bad, right? Especially if the alternative is paying 20 percent in interest on your credit card,” Di Maggio says. Now, however, “the existing portfolio of these products is likely to be highly risky.”

Tweets by @forbesindia
Best of 2022 Ep8: Sanjay Swamy and Anshul Rai on what founders should know about exits
2022 was the year of the funding winter for startups. What will 2023 bring?