Despite the economic slowdown, the finance company has managed to attract investor interest 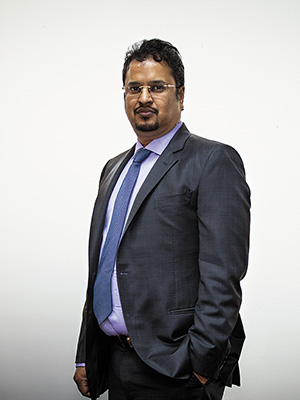 In Rajasthan’s towns and cities, getting loans for second-hand trucks or three-wheelers is no longer hard. But, in 1995, when Au Financiers had just started, borrowing at reasonable interest rates was tough. Moneylenders charged usurious rates while banks were wary of lending to buyers who lacked documentation. Consumers often found themselves in a fix.

Targeting this niche, Au Financiers (incidentally, Au is the periodic symbol for gold) started with a small branch in Jaipur, focusing on lending that would enhance livelihoods. That is, by giving loans for trucks and three-wheelers. Growth was slow till 2002 but the initial phase placed the company on a solid wicket for the massive expansion that was to take place in the next 10 years.

In 2003, Au Financiers tied up with HDFC Bank to provide loans in regions the big housing financier could not reach. The company has since grown and now lends to small businesses as well as for housing. Its Rs 4,200-crore loan book has enabled it to raise money from blue-chip names like Motilal Oswal, IFC, Warburg Pincus and ChrysCapital.

The man behind it
In 1995, after Sanjay Aggarwal, Au Financiers’ promoter and managing director, took his chartered accountancy exams, he realised he didn’t want to work for anyone. Instead, he wanted to create something on his own and the finance business seemed to be synergistic with his qualifications.

Raising money was a problem but Aggarwal got his first break with high net worth individuals who were willing to invest. “It was frustrating to be in a business that was growing slowly,” he admits. Then, in 1997, two years after he set up shop, non-banking finance companies (NBFC) came under a cloud after the CRB Group promoted by CR Bhansali was found guilty of fraud and went bust. But Aggarwal stuck it out; he says he was more interested in understanding credit patterns and behaviour. For instance, why do people in certain regions not pay back while others do? What are prudent provisioning norms? How does a business develop tools to assess creditworthiness?

This thought process enabled Aggarwal to grow Au Financiers into a sustainable business. Today, it is considered a rising star in the financial sector. It has expanded to 10 states and Aggarwal has even instituted a stock ownership plan for his employees. His aim is to build an organisation that is known for its professionalism and has the same corporate governance standards as HDFC. 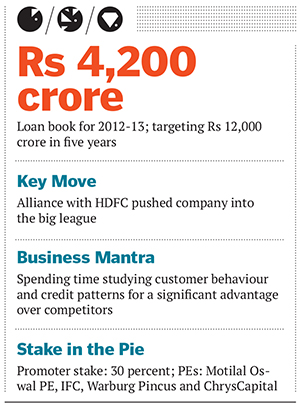 Why it is a gem
Au Financiers has had nearly two decades to understand customers. This is not an advantage that a competitor can replicate overnight. Also, it belongs to an industry where capital is always in short supply, so NBFCs often tend to cut corners. This impacts performance as the business grows—Au Financiers has been careful to avoid this path.

A majority of the loans it provides qualify as priority sector allowing it to raise money at cheaper rates. Its cost of funds has fallen to 11 percent, among the lowest in the industry. It lends at an average of 18 percent, making it one of the cheaper options. Au Financiers has also created processes such that it can grant loan approvals within 24 hours.

Why it was hidden
The company had been away from the limelight till recently, when it received an investment from Motilal Oswal Private Equity. Until then, given its size and scale, Au Financiers would get lumped with the hundreds of finance companies that are unable to achieve significant growth. Plus, it has operated mainly in smaller towns and cities.

Also, in the NBFC space, as far as the consumer is concerned, there is little differentiation apart from cost. As a result, smaller companies usually do not get much brand recognition. But now, as it expands its footprint, Au Financiers seems to have what it takes to reach the levels that justify spends on brand building. Further, given the strides the business has made in the last two years, it has the scope to rival its larger counterparts. A listing is also on the cards in three to four years.

Risks and challenges
A persistent issue, according to Aggarwal, is the lack of trained manpower. Companies in this space often have to poach from rivals, driving up expenses. Then there is the lack of scale which, while not unique to Au Financiers, is an impediment to rapid growth as costs don’t reduce fast enough. Higher-priced loans mean consumers are tempted to look elsewhere. Though the company has a loan book of Rs 4,200 crore in 2012-13, it targets Rs 12,000 crore in the next five, which means these issues need quick addressing.

The biggest challenge the company faces is a slowing economy. “The economy is going through an extended trough,” says Aggarwal. Unlike previous downturns, where recovery was quicker, truck sales, a leading indicator of growth, slowed a year ago and show no signs of picking up. At times like this, maintaining asset quality becomes difficult. Au Financiers has seen some loans go bad and gross non-performing assets (NPAs) have risen from 0.2 percent in March 2012 to 0.5 percent in March 2013. Aggarwal expects NPAs to peak by September and stay steady thereafter.

Show More
Thank you for your comment, we value your opinion and the time you took to write to us!
Comments 36