PV Narasimha Rao chose to leave his indelible stamp on the nation; he chose Manmohan Singh as his finance minister 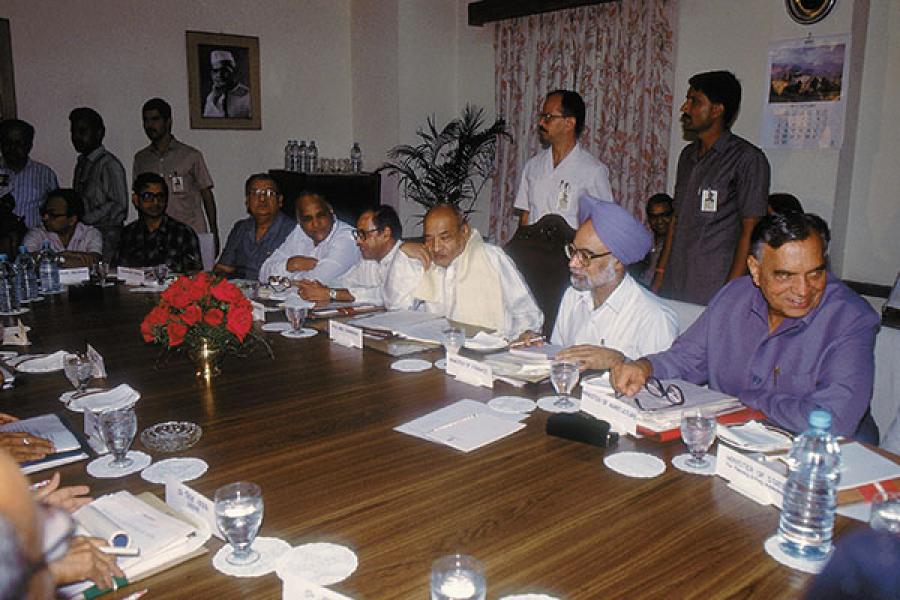 It’s often said that India only gets its act together when pushed to the wall. 1991 was no different. Faced with a balance of payments crisis, the country had to airlift gold to the International Monetary Fund—an act that shook the nation out of its slumber. People wondered how the situation had deteriorated so much. And, more importantly, what could be done to salvage it.

That was when PV Narasimha Rao, who led a minority government at the Centre, chose to leave his inedible stamp on the nation. He chose Manmohan Singh, a former RBI governor, as his finance minister and the rest, as they say, is history.

Rising to present his maiden Budget on July 24, 1991, Manmohan Singh dismantled the licence raj and ushered in a gradual lowering of tariffs. More importantly, he devalued the rupee to make exports competitive. The initial result was euphoria. The stock market rallied (the rally had begun a little before the Budget) and foreign investors rushed in. The office of the Controller of Capital Issues was abolished and foreigners were allowed to invest in the stock market. Companies like Coca-Cola and IBM, which had left the country in the 1970s, came back.

While the economy was in far better shape in the 1990s, there was a small but significant decline in growth rates compared to the 1980s. In the five years post reforms, the economy grew at 5.3 percent versus 5.9 percent in the five years preceding 1991. Still, the journey had begun and as Manmohan Singh said in his 1991 Budget speech, “No power on earth can stop an idea whose time has come… India is now wide awake. We shall prevail. We shall overcome.”

Tweets by @forbesindia
Is advocacy of a right-liberal policy shift an invitation for a crony-capitalist takeover?
Narendra Modi has chosen bureaucracy as his weapon. Will it work?