The market rewarded Reliance Industries for bringing in partners and deleveraging 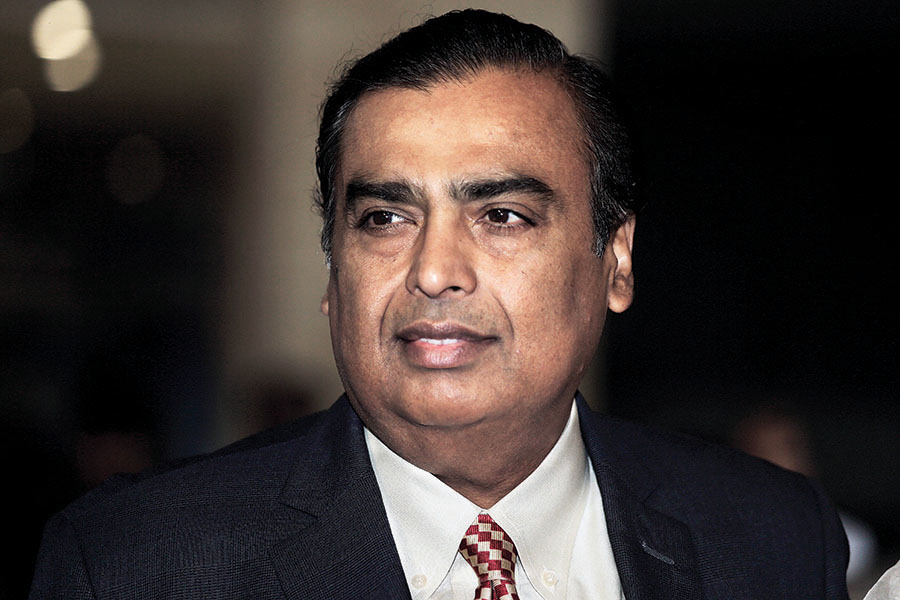 In 2020, Mukesh Ambani aggressively monetised his stakes in the telecom and retail ventures that he’d spent much of the last decade building. The flurry of deal-making, which started in April, catapulted the Reliance Industries stock to an all-time high, taking Ambani’s net wealth to $88.7 billion, up by $37.3 billion in the last year. He is No. 1 on the Forbes India Rich List for the 13th year.

Asia’s richest man has positioned his flagship Reliance Industries [owner of Network 18, the publisher of Forbes India] to be a major beneficiary of the consolidation playing out in telecom and retail. Both these consumer businesses have long growth runways ahead. In telecom, there is the opportunity to take prices up and cross-sell retail services while Reliance Retail has now reached the critical mass needed to take on consumer companies and negotiate better prices and pass them on to consumers.

It was the Facebook deal on April 22 that alerted the market to the potential in Jio’s customer base. Its 405 million users who paid an average of ₹145 a month for its services were now a sizeable base for a global technology company to be interested in. Facebook, which had been trying unsuccessfully to roll out its payments platform in India, had decided instead to partner with Jio, thereby lessening the competitive intensity. The company paid ₹43,574crore for a 9.9 percent stake in Jio Platforms and signalled that it would work to integrate WhatsApp with Reliance Retail’s ordering platform—a potential game changer as the messaging platform has 400 million users across India.

The next three months saw a clutch of global investors from KKR and Silver Lake to Mubadala and Google invest ₹152,056 crore for a 32.4 percent stake in Jio Platforms.

On its part, Jio kept up the pressure in the telecom industry by not raising prices and starting a price war for broadband services.

Even though average revenue per user (ARPU) has risen to ₹145, it is still below the ₹300 that rival Airtel has indicated is needed for the industry to make infrastructure investments and a return on capital above its costs. Jio, on the other hand, is betting on making money from its ecosystem rather than tariffs. “Data prices are the new onion,” says Ambareesh Baliga, an independent market expert, explaining that there is a limit to which tariffs for plain vanilla voice and data services can rise. Jio’s plan to sell a 5G smartphone at ₹2,500 to ₹3,000 is likely to keep users locked into its ecosystem of apps that offer movies, education and conferencing while keeping the price of its monthly recharge low.

In time, just as the ability to negotiate low prices could emerge as a moat for its retail business, keeping consumers within the Jio ecosystem could emerge as a sustainable advantage for Jio. The company says it has developed 5G technology in-house and could plan to deploy it once bidding for those services is completed.

Reliance Retail has also tied up with global investors. And in September, it bought Future Retail’s businesses for ₹24,713 crore. The deal has been challenged via arbitration by Amazon, which argues that it had the first right of refusal. Amazon has won an interim stay on the execution of the agreement. The Future Retail buyout would allow Reliance to expand its retail footprint and scale up its JioMart delivery service offering that serves 250,000 orders a day.

Ambani is also working on converting his legacy oil to chemicals business into a significant beneficiary of specialty chemical manufacturing moving to India, making it the third growth driver over the next decade. At present, only three products—petrol, diesel and jet fuel—which comprise 60 to 70 percent of output—command positive margins. Converting a majority of the balance can result in a 15 percent jump in Ebitda for Reliance Industries, according to an analysis by Motilal Oswal, a brokerage. The company has applied to make this business a wholly owned subsidiary. This move could also potentially give investors the option to invest in whichever business they choose rather than the consolidated holding company Reliance Industries.

In the 2019 annual general meeting, Reliance had indicated that Jio’s investment cycle was now over. A year later, it has successfully deleveraged its balance sheet and become a zero net debt company. In June, the company raised ₹53,125 crore through a rights issue, its first in 29 years. The issue was oversubscribed 1.59 times and investors will have to pony up the money in tranches till November next year.

It has also managed to get itself a technology company valuation. Technology platforms once profitable require little capital to grow and there are indications that Reliance is thinking along these lines. For instance, it has chosen to expand through JioMart its delivery service, which will tie up with local kiranas for deliveries. This would make it faster to expand when compared to the traditional model of setting up stores. Its movie library would cost it the same whether one user watches or a 100 million watch.

Tweets by @forbesindia
Entrepreneurs should manage their feelings and emotions in these Covid-19 times
Photo of the Day: Indian Navy Day celebrations on Dec 4