The bank has structured people practices by paying attention to the smaller details, and by using technology to boost employee welfare and leadership 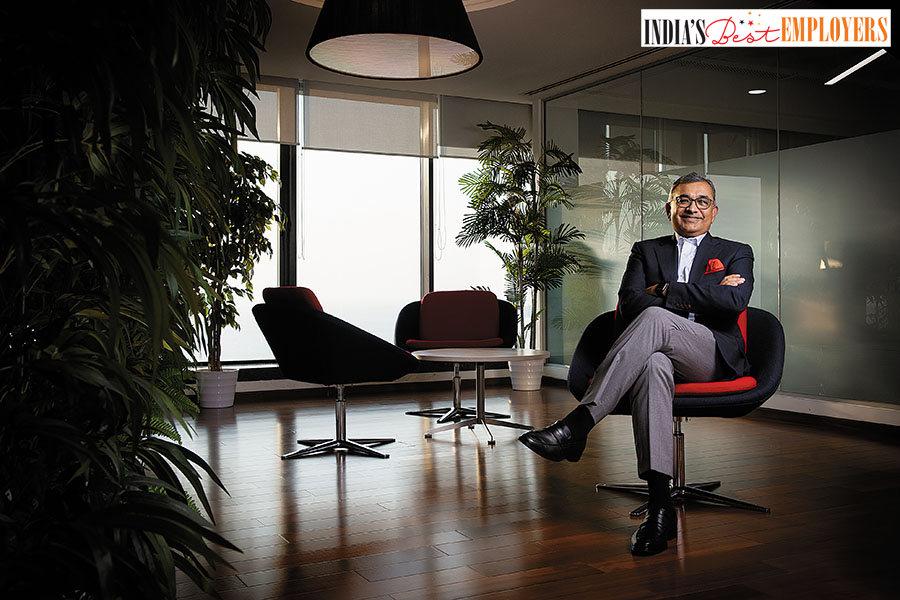 DBS Bank India checks many boxes. It is a profitable and growing Indian subsidiary of the award-winning parent, Singapore-based DBS. It has diversified from a pure corporate bank till 2005 to one lending additionally to small businesses and retail. It is a digital-focussed bank that identifies talent and hires from regular hackathons. And it is currently integrating the Reserve Bank of India (RBI)-backed acquisition of distressed Lakshmi Vilas Bank (LVB) with itself.

With DBS having been voted as one of the best-run banks globally multiple times, its brand has always been one which people want to work with. India is—alongside Singapore, Hong Kong, China, Indonesia and Taiwan—a priority market for DBS. The bank in India has strategically shifted focus towards the less-banked areas of small businesses and high growth retail banking.

DBS Bank India Ltd (DBIL) has, thus, experienced a calibrated and well-thought-out journey, unlike the stop-and-restart journey which several other foreign banks such as Barclays, Deutsche Bank and RBS have had in their India lending businesses in previous years.

All these factors make DBIL one of the most attractive companies to work in, reflecting in a very low attrition rate—of just four percent for mid-to-senior management, compared to an industry average estimated to be between 15 percent and 20 percent.

Widening Competitive Landscape
DBIL is the first among large foreign banks in India to start operating as a wholly-owned subsidiary (WOS)since April 2019, after operating as a branch since entering India in 1994. The bank now operates in 36 branches in 26 Indian cities (excluding LVB); the figure soars to about 600 including LVB.

With the LVB merger, DBIL gets a strong deposit base of nearly ₹22,000 crore and two million retail and 125,000 non-retail customers. Provisional goodwill is pegged at ₹1,118.4 crore, with fair value of assets at ₹28,400 crore and liabilities at ₹29,500 crore.

It now operates in a different competitive landscape. With its retail liabilities and customer base growing, the bank gets a bigger footprint and access to a bigger revenue pool.

“Our shift to WOS provided inorganic opportunities and gave us the ability to expand our footprint and balance business segments,” says Surojit Shome, managing director and CEO of DBS Bank India. The focus for the bank will now be to integrate and transform the unified franchise over the next two to three years.

DBIL, which is well-capitalised with a 16.3 percent capital adequacy ratio, reported a six-fold jump in net profit at ₹111 crore for FY20, over the previous year, on revenue growth of 24 percent to ₹1,444 crore.

Lender that Thinks Digital
Beside the growth potential and strategy, DBIL scores as a lender with a technology mindset. In the past two years, the bank has held 11 hackathons, including some for women coders only. Each month, the bank has an update of all its digital products, via their banking apps.

Last year, the bank hired around 700 employees virtually, 450 of which were at their DBS Asia hub 2—the bank’s first technology development centre outside Singapore—and the balance at the bank. DBIL, with an average age of 32-33, now has total staff strength of around 8,100, including LVB’s staff.

The bank has strong HR practices, including pay transparency, and improve and drive feedback. Since 2019, it conducted over 50 sessions and townhalls with Shome and the staff to discuss reward philosophy, job benchmarking, and gender pay gap and bonus pool differentiation basis performance. These helped the staff understand how they were benchmarked against peers.

The improve and drive feedback initiative is where employees can get feedback for themselves, and managers are able to get feedback for their team members. Over 6,200 feedbacks have been exchanged and recorded using this feature. Despite being an essential service, the bank has a flexible work policy, with about 50 percent staff still working out of home, post-pandemic. Management meetings have run virtually.

“ DBS Bank has never taken knee-jerk decisions; it has been measured and consistent. On HR practices,
it does the small things right.”
Roopank Chaudhary, Partner, Aon’s Human Capital Business

The bank also has a two-cycle succession plan for four levels below Shome.

People have been identified as potential leaders who would succeed Shome at some stage. “Four people are on my plan and there are 2-3 others identified for every one of my direct reports, and every 2-3 for one of their direct reports,” Shome says.

“DBS Bank has never taken knee-jerk decisions; it has been measured and consistent. On HR practices, it does the small things right,” says Roopank Chaudhary, partner at Aon’s human capital business in India. This has meant structuring people practices, boosting work competitiveness, using technology to hire and upgrading internal systems and succession planning.

Tweets by @forbesindia
Being able to contribute to our society during the pandemic means a lot: Prashant Warier at FILA 2021
Lifestyle and Stress: Keep a Watch for controlling BP and diabetes