A different kind of family firm hiding in plain sight 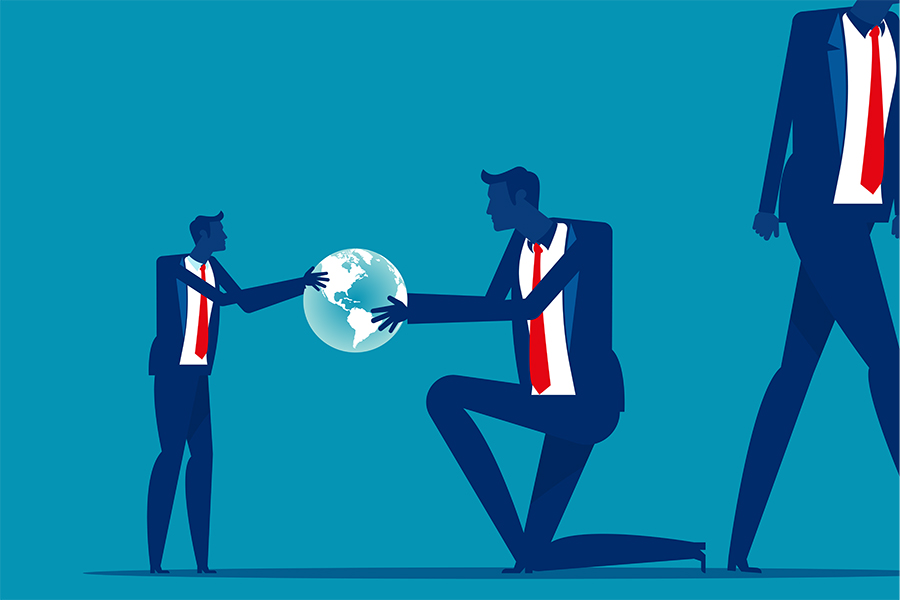 The data show that a family that previously owned a firm can continue to control it for generations Image: Shutterstock

Iconic digital watch maker Casio was founded in 1946 by Tadao Kashio, his father and three brothers. In 1970, Casio went public to finance expansion as its personal electronic calculator became ubiquitous. The Kashio family originally retained 60 percent of the shares. The firm listed on European stock exchanges in the 1970s, diluting the founding family’s relative equity ownership, and as of 2019 the family only owns around 3.86 percent. We think of Casio today as a widely held firm, yet the Kashio family has always run it. The Kashio brothers took turns holding top management positions until the 2010s, when one of their sons, Kazuhiro Kashio, became president.

Whether or not you believe Casio is a family firm, a single family is running it. And they aren’t the only dynastic family in control of a firm without majority ownership. Other well-known firms like Toyota and Suzuki have similar families who were past owners in charge.

These are family firms in the sense that the family has always been present and involved in running the firm. But the family doesn't own anything close to a majority share. Until now, the concept of family control stemming from ownership was taken for granted. We believe that owners determine what happens in a firm. In a recent article in the Journal of Financial Economics with Vikas Mehrotra, Jungwook Shim and Yupana Wiwattanakantang, we found that the link between ownership and control is not completely direct.

The data show that a family that previously owned a firm can continue to control it for generations. And it’s not only the brand names. We found that 7.4 percent of listed firms in Japan are controlled by families that own less than 5 percent of stock. Surprisingly, there's a whole new class of firms, that we call dynastic-controlled firms, where control and succession are not based on ownership.

How can a family dominate a firm without ownership?

In our research, we found various drivers that enable these families to maintain a hold of firms with little ownership. Specifically, four channels can drive the ability to manage and exercise control.

The first channel reflects the example of the Kashios: The family is excellent. They innovate generation after generation, or they completely understand the business. Not only is the family in power at Casio because it has been there historically, but family members clearly add value and contribute over generations.

The second channel is related: Families are still important because they have capable, value-creating CEOs, but this time, by design. The Suzuki family has done this through marriage, adopting their sons-in-law into the family. They arranged marriages for their daughters to very good CEOs who became the next generation in control of the firm. The current and many previous Suzuki CEOs were not born Suzukis but, through marriage and adult adoption, now have that family name.

After luck in the first channel and design in the second, the third channel is family control of the board of directors. Toyota, the largest of the three examples, has several core companies that own parts of one another so there is influence via crossholdings. Boards of each company are intertwined, making them very powerful. The Toyoda family has always controlled the board. Family members can extend their power from their own family shares to include all the internal shares in the group of Toyota companies. Those in control of the boards, control the companies.

For dynastic-controlled firms, the families focus on contributing rather than viewing the family firm as an entitlement. Dynastic ownership is correlated with families who push the next gens to seek a better education at elite universities and ultimately to continue to create value.

Although the data in our research is from Japan, we have seen other examples in other parts of the world. Taiwan, for example, has several dynastic-controlled firms. It is, however, harder to quantify in other countries because dual class shares, which allow certain stockholders to have a majority voting power, muddy the waters a bit. Families, like the Sulzbergers at the New York Times, may continue to have a kind of ownership/control even though it’s not as explicit.

Our study increases the understanding of what a family firm can be, pushing the definition. It may even push our understanding of the relationship between ownership and control. Deep down, we retain this idea that ownership is the driver of business. In these Japanese firms, ownership is important, but it's not the only factor for success.

Tweets by @forbesindia
Trends that are redefining your cuppa
Product manager. Entrepreneur. Public company CEO: Who's the real Girish Mathrubootham?