Midcaps, the unlikely winner of the Covid-19 churn

Though Covid-19 impacted aggregate demand and the economy reached a technical recession, midcaps have managed to sustain themselves. Is this the start of a two- to three-year outperformance by the battered sector? 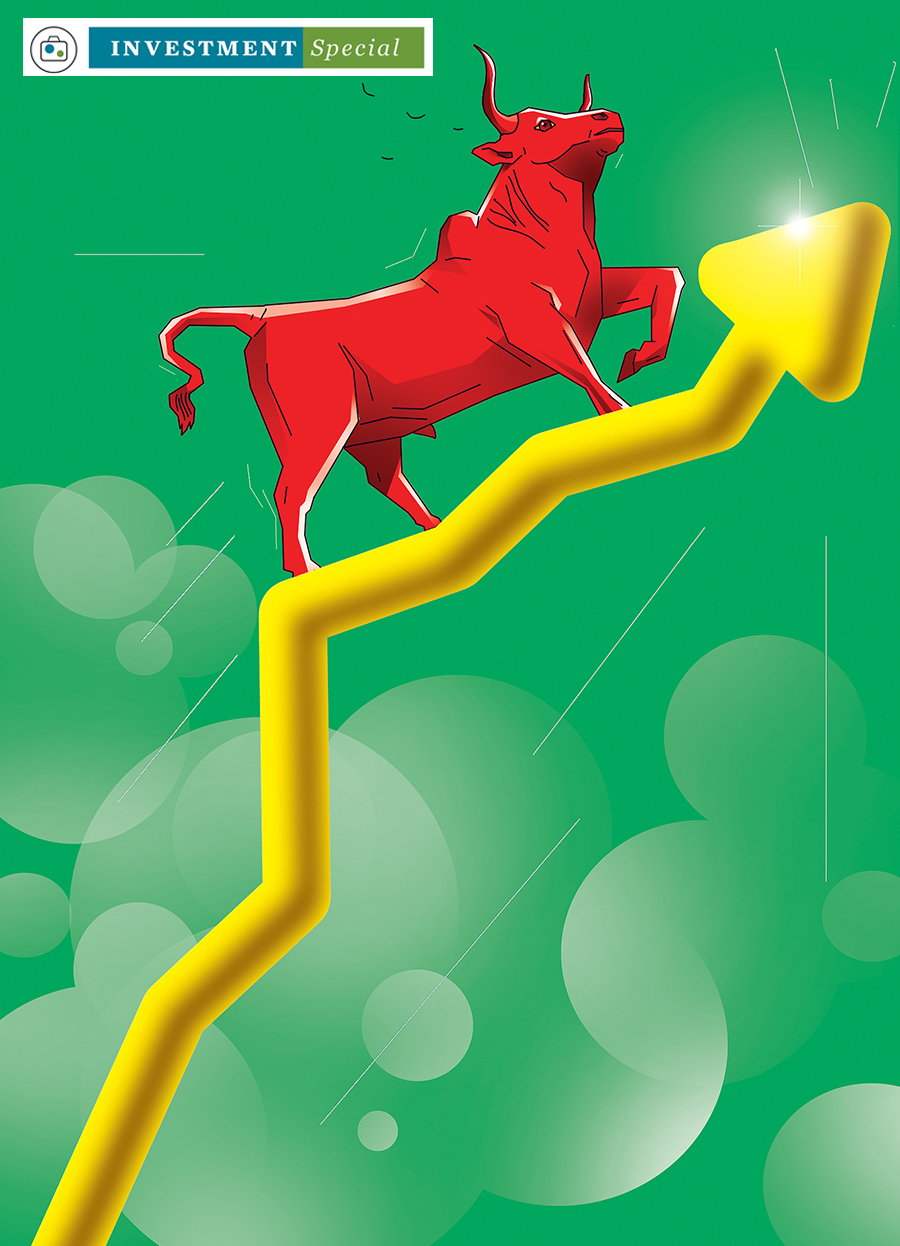 After nearly two-and-a-half year of underperformance, midcaps are finally turning around. On March 2, for the first time, the BSE Midcap index hit a lifetime high of 20628.2 points and peaked at 20,984 points on March 4. Since then, the indices have recoiled, but over the last year, markets have sustained their buoyancy.

Midcap companies are those whose market capitalisation is above ₹5,000 crore but less than ₹20,000 crore, and represent the top 100 to 300 companies in the country in the listed universe. While they are traditionally considered a riskier asset class than large cap firms, midcaps offer higher growth potential and returns during market rallies.

Even in July 2016, the midcap segment had hit an all-time high since 2008, when markets were at their peak and the global financial crisis was yet to hit hard. There are multiple factors why they are doing well: Lower interest rates, easing of liquidity globally and the global vaccination uptake that is likely to have a positive impact on the economy.

Since September 2018, mid and small caps underperformed the indices. And historically, after years of underperformance, they usually catch up and underperform again.

“The larger economy is turning around,” says R Venkataraman, co-promoter and managing director at IIFL Group. 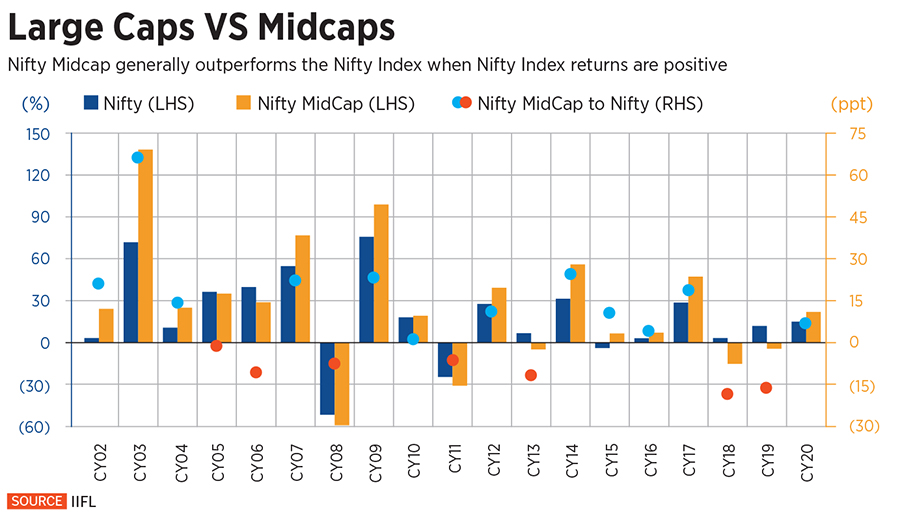 When markets kickstart their rally, money usually first flows into large caps as they have stronger balance sheets. However, since the market crash of March 2020, after the government announced one of the strictest lockdowns in the world due to the coronavirus pandemic, Indian markets managed to hit 50,000 points by the end of the calendar year. Over the last six months, money has found its way into mid and small caps. Data from Prime Database indicates that 29 companies managed to raise ₹78,039 crore through qualified institutional placement during 2020-21, which is the highest mop-up in the last 15 years.

Venkataraman explains, “As interest rates fall, midcaps and small caps with robust business will do well. Last March, they were beaten down to near-bankruptcy valuation. Many of the mid and small caps with better balance sheets will now gain a disproportionate amount of market share and we have not seen any demand destruction in the economy. We are expecting large number of midcap companies in the IT, pharmaceuticals and engineering sectors to do well.”

Indian companies aren’t usually capex-heavy, but with the China story playing alongside and new duties that are being levied on imports, a lot of them are now announcing new capex.

Over time, the valuation gap of mid, small and microcaps over large caps is reducing as the risk appetite of investors has gone up. Most brokerages are betting on the shift in market share from unorganised to organised segment, and that the pick-up of Gross Domestic Product (GDP) growth in FY22 will positively impact the smaller organised companies.

“During early 2020, we saw that midcaps and small caps had a reasonable amount of risk-spread assigned to them, which was rational behaviour in terms of pricing of assets. This was in contrast to 2017, when we had reached a situation where investors were not differentiating between large, mid and small caps, which were all trading at the same valuations,” says Vinod Karki, head of strategy at ICICI Securities.

If one tends to look back at previous instances, whenever the economy goes through a downturn, mid and small caps usually tend to hit rock bottom as investors believe they do not have the financial muscle to wriggle out of uncertainties. But this time, even though Covid impacted the aggregate demand and the economy reached a technical recession, these stocks have managed to sustain themselves.

Experts are betting on the fact that India’s GDP numbers are being revised by various global agencies, including the International Monetary Fund (IMF). The IMF expects India’s GDP to contract by 8 percent in 2020 and forecast a growth of 11.5 percent in 2021.

“In an environment where the broader economy is seeing an aggregate demand recovery, we have seen a significant shift in the market share towards the organised players as compared to the unorganised ones during the last year,” adds Karki.

Indices are on an outperforming streak and Karki believes that can well continue for a couple of years, though it is dependent on how the development environment unfolds in the country. With domestic cyclicals are showing traction, some of the sectors he is bullish on include utilities, industrials, telecom, corporate banks and cement.

Investors are also lapping up the story because of earnings. The S&P 250 large midcap index has seen companies report profit after tax of ₹1.91 lakh crore during the December quarter compared to ₹1.6 lakh crore in the preceding quarter, a jump of 15 percent. Across all the segments, the top set of companies have posted growth in sales and profit.

Venkataraman warns that because of the sharp rally in this segment, it is time for caution too. “Many of them are already trading at high valuations and they have outperformed the large cap, but the economy is certainly on the mend,” he says.

Tweets by @forbesindia
Clearing the Suez Canal took days. Figuring out the costs may take years
Six (and more) degrees of fakery