Automobile sales have grown every month since July. Can it sustain the momentum?

Car sales have risen due to pent-up demand, financial incentives and the festive season 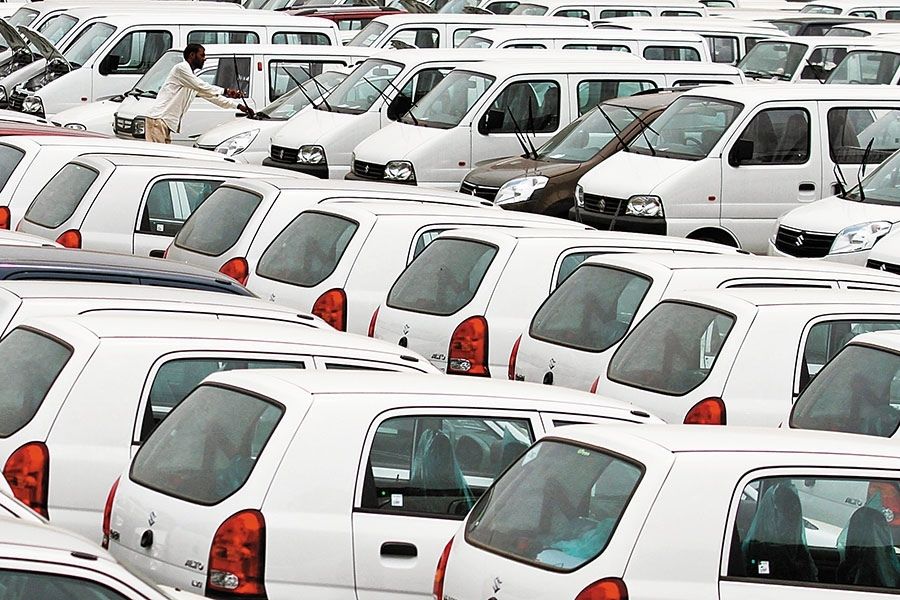 It’s been a phenomenal few months for India’s automobile sector. At least on the face of it.

In October, Hero MotoCorp, the world’s largest two-wheeler manufacturer, sold a record 806,848 units of motorcycles and scooters, its highest-ever sales in any single month since it started operations in 1984. Luxury car maker Mercedes-Benz sold over 550 units of cars in October during the 10-day festival period of Navratri and Dussehra, while Maruti Suzuki, the country’s largest car maker, saw a 19 percent growth in vehicle sales in the same month.

“October saw continuity in the sales growth trajectory, drawing on from the previous month,” Rajesh Menon, director-general of the Society of Indian Automobile Manufacturers, said while announcing the numbers. “There were marked improvements witnessed across certain segments due to very good festive demand.”

Much of the sudden spurt was most likely a result of a pent-up demand in the economy after India announced a nationwide lockdown in March-end in its attempt to fight the raging Covid-19 pandemic, according to industry experts. “There had been an accumulation of savings,” says Puneet Gupta, associate director for automotive forecasting at market research firm IHS Markit. “People were not travelling or shopping, thereby increasing their savings. That coupled with a low cost of financing and a worry about public transportation have helped drive demand.”

Then, as the economy went into a tailspin, dealers and manufacturers also stepped up their efforts to woo buyers, particularly first-time customers, with attractive finance schemes, and product refreshments and launches, in addition to contactless delivery and virtual showrooms. New launches over the past few months include the Kia Sonet, Mahindra Thar and the Honda H'ness CB350.

“This is the best time to purchase a vehicle if a consumer was a fence-sitter earlier… loan rates are all-time competitive, valuation for exchange cars or trade-in cars is at an all-time high, and dealers and manufacturers are willing to throw in a little something extra to reclaim the mojo,” says Harshvardhan Sharma, head of auto retail practice at Nomura Research Institute.

That’s probably why, over the past few months, a significant number of first-time buyers, particularly from the rural market, have been flocking to make purchases, forcing companies to focus on the entry-level segment in the two-wheeler and four-wheeler categories. “There is a downgrade taking place in the sector,” adds Gupta of IHS Markit. “Companies are focusing on the lower end of the market. Also, a significant amount of demand has come from rural metros or small towns.” Even Sharma of Nomura reckons that the entry-level segments seem to be doing better in the two-wheeler and four-wheeler categories. “First-time buyers in rural areas have been the biggest drivers of growth in this segment,” he adds.

But all this doesn’t mean a full recovery is in sight yet for the beleaguered industry. India’s automobile sector was in the midst of a prolonged slowdown since November 2018 as sales declined largely due to a slowdown in the economy, in addition to a plan to shift to BS-VI engines from April 2020.

“Speaking from a pure wholesale (factory dispatches) point of view, it’s a great shot in the arm from the consumer sentiment and wholesale perspective, and a great reason to be happy as we see signs of improvement. However, we must do so with cautious optimism,” says Sharma of Nomura.

That’s something even the Federation of Automobile Dealers Association agrees with. The association has cautioned dealers and manufacturers to check on their inventory post the festive season as it expects subdued demand.

“Since inventory levels are at their highest during this financial year, they may impact dealers’ financial health, thus leading to closures and job losses,” the association said in a statement. Besides, the industry body also expects the lockdowns announced in a few European countries to affect the procurement of spare parts and the supply of vehicles in Indian markets. “This will create a supply and demand mismatch, affecting passenger vehicle sales.”

But there could be a glimmer of hope. On November 12, the government announced a new relief package in addition to the various initiatives declared over the past few months to combat the economic crisis caused by the pandemic. With the latest announcement, the government claims to have provided `29.88 lakh crore—equivalent to 15 percent of the country’s GDP—in stimulus packages to revive the Indian economy.

“Hopefully, with the trickle-down effect of new announcements from the government—expanding the total stimulus to 15 percent of GDP—we should begin to see recoveries in the short- to mid-term,” adds Sharma. “While a full recovery might still be a few quarters away, we could be looking at a stabilisation scenario from as early as Q1FY21 (April-June 2021).”

So what does that mean for the automobile market? “What we are seeing now is definitely not sustainable,” says Gupta of IHS Markit. “There is the economic impact as a result of the ongoing crisis, and there are uncertainties. Dealers need to be cautious about their expansion plans and focus on their bottom line.”