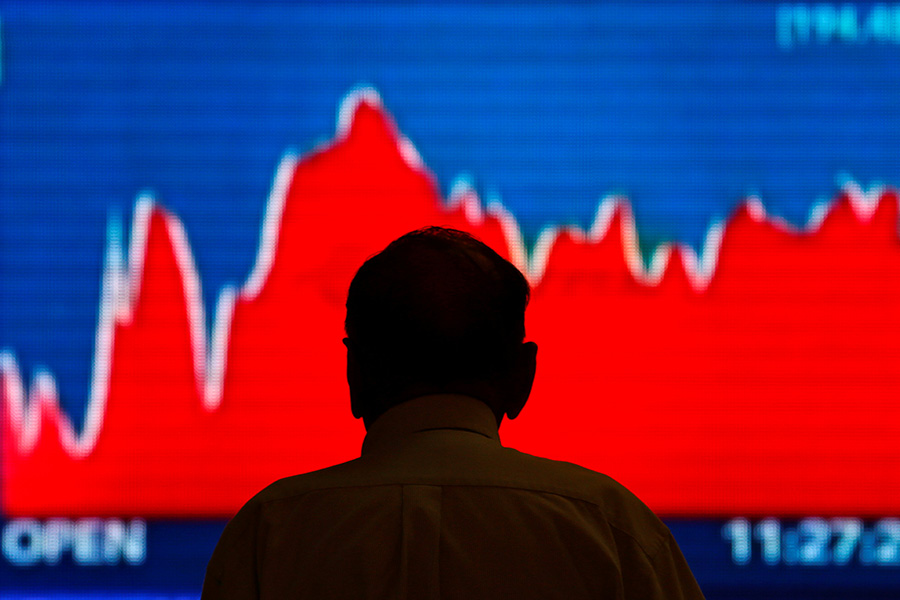 The nearly 15-month, almost uninterrupted, party of surging global equities, has come to an abrupt halt. The plugs were suddenly pulled out, the festivities have ended and the host is nowhere to be seen. Worse still, no one knows if there will be a similar party again.

The US Dow Jones Industrial Average had, in the space of 15 months, risen nearly 50 percent to a level of 26,616.71 points on January 26. However, in the nine working days since, it fell 10.35 percent, which included a 1,175 points decline on February 5, its worst single-day drop in history. Three days later, another 1,100 points were knocked off.

Ostensibly, the fall in equities was after the ‘positive’ news of a surge in US wages based on data released and continuing robust economic growth. This triggered fears that the US Federal Reserve could tighten its monetary policy further, as the cost of capital and inflation starts to move up. The Fed is widely expected to hike interest rates thrice in 2018.

But experts say the correction was due. Investment guru Marc Faber and publisher of the Gloom, Boom and Doom report, says: “Prices had detached themselves from economic reality. It is like people leaning on one side of a boat and all passengers had moved to one side, it will not take a big wave to tilt the boat.” Faber, who is viewed as a perennial bear, adds, “The stock markets had touched their historic peak and people were unreasonably bullish. This [correction] appears to be the start of something more serious.”

In recent months, global markets had been in a sustained bullish phase, led by stronger economic growth. Global central banks had resorted to monetary easing in the post-2008 crisis period and bond yields had remained low.

Faber estimated that, in its recent phase, the global equities bull run was seen from March 2009 to February 2018. “The longer the bull run lasts, the correction will also last quite long, possibly 1-2 years.”

For India, too, the equities journey has been particularly rocky. With the announcement of a tax on long-term capital gains and the global stocks decline, India’s two main indices, the 30-share Sensex and the Nifty 50, have both declined about 7 percent and 6.9 percent, respectively. What has become dramatically constant is the level of volatility in daily trade.

“The blast-up in US bond yields has caused equities to fall. India’s markets have simply followed the US trend,” says Saurabh Mukherjea, CEO of Ambit Capital. “Equities were expensive in India… this fall was long overdue.”

Tweets by @forbes_india
Class of 2017: Breakout stars and proven performers
With new investments, Alibaba extends rivalry with Tencent and Amazon