Markets could head south regardless of who wins the election

While market watchers have put on a brave front, there is nervousness about result day. Have Indian markets priced in too much too soon? 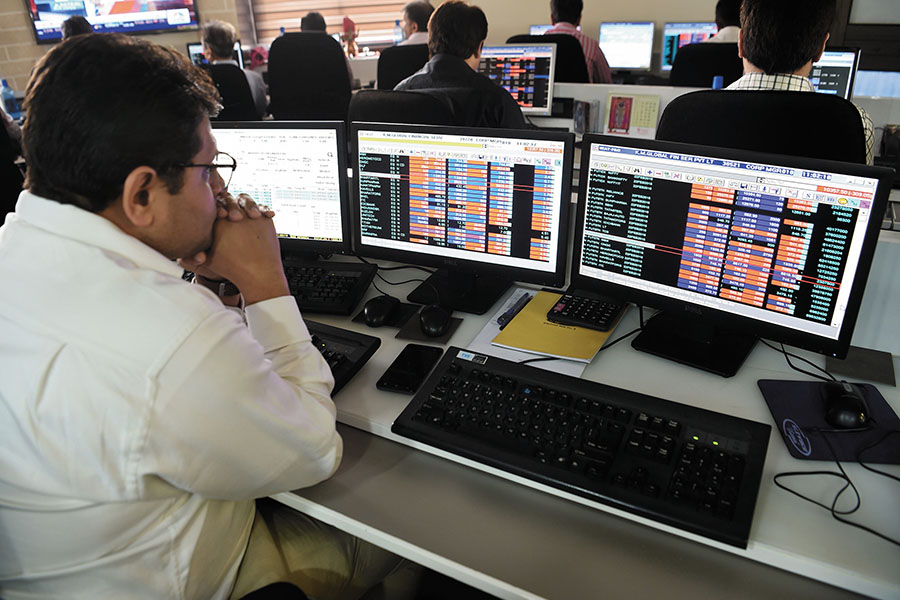 Image: Indranil Mukherjee / AFP / Getty Images
Aas the seven-week election process chugs along, have Indian markets priced in too much too soon? With results scheduled to be announced on May 23, it is a question that is being increasingly asked. While market watchers have put on a brave front, there is nervousness about result day. They argue that there’s some merit in the argument that irrespective of the outcome, the markets may have no option but to head south after May 23.
India was a late entrant to the global market rally that began in early January after Jerome Powell, chairman of the US Federal Reserve, signalled that they’d hit the pause button on further interest rate hikes. While markets across the globe rallied, India’s stayed flat on account of uncertainty over the election outcome. In late February, after India’s airstrike in Balakot, Pakistan, the market began to price in a victory for the present government. Since then the benchmark Nifty has rallied 10.3 percent primarily due to purchases by foreign investors who bought equities worth ₹32,371 in March and ₹12,749 in April.

The rally has taken the Nifty to the upper end of its valuation band in the last decade. The last time the Nifty was priced at 29 times earnings was in January 2008 before the Lehman Brothers crisis. In the absence of earnings growth and the best possible election outcome, that is a BJP-led coalition at the Centre, it would be prudent to look at the possible headwinds the market could face. “Of course if Mayawati becomes prime minister, all bets are off,” says Sanjeev Bhasin, executive vice president at IIFL. As of now, he doesn’t share the view that the markets are expensive or that there are significant post-election risks. The chief possible culprit is oil. Last month saw its price rise to $75 per barrel and with US sanctions against Iran in place and unrest in Venezuela, there is every possibility of it rising higher, pressuring India’s current account balance. That could lead to a weakening rupee, resulting in foreign investors reducing their holdings. For now rising global interest rates are not a worry. Second on the list is weak earnings growth. Nifty earnings have risen at 4 percent annually for the last five years while markets have moved at a 10.2 percent CAGR. Expensive markets are always vulnerable to a correction. Last is the outcome of US-China trade talks which are expected to conclude by early June. So far the market has shrugged off the 10 percent tariffs imposed by both the US and China. In the absence of no deal, that could go up to as high as 25 percent… that could change the earnings outlook for vast sections of the market.

Tweets by @forbes_india
Techstar MD Ray Newal talks about Indian startups, and their accelerator programme
We need to bring emotion back into food: Heston Blumenthal