To turn around the loss-making Godrej enterprise, its new owners, Spencer's Retail, have to get their strategy and execution right 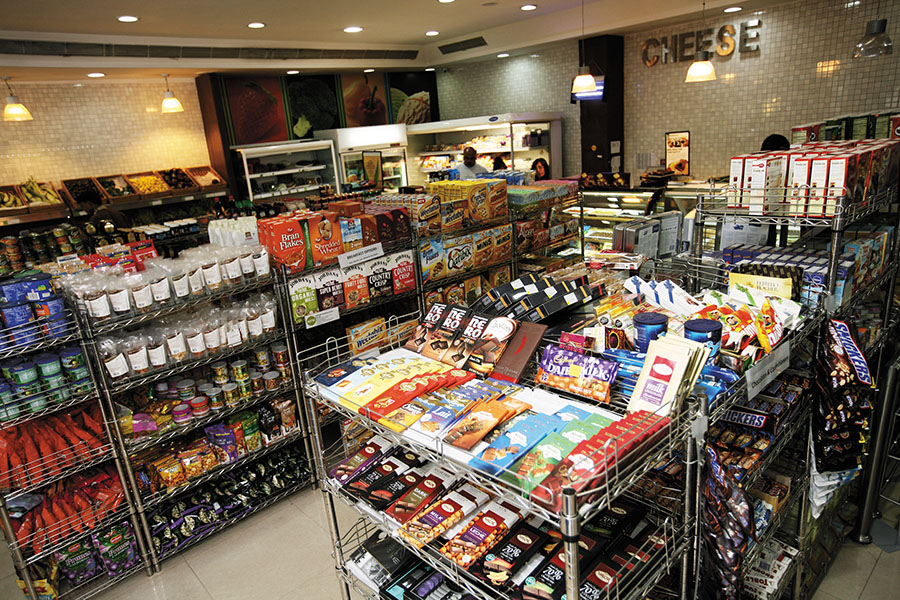 Though Nature’s Basket grew from a single food store in 2005 to 35 stores in Mumbai, Pune and Bengaluru, it never made a profit in 14 years of operation
Image: Ramesh Sharma / India Today Group / Getty Images


Nature’s Basket: Goenka’s New Hot Potato To turn around the loss-making Godrej enterprise, its new owners, Spencer’s Retail, have to get their strategy and execution right

Shashwat Goenka, the scion of the RP-Sanjiv Goenka Group, faces possibly the toughest challenge of his career. Six years after taking charge of the business of family-led premium(ish) multi-format retailer Spencer’s Retail, which he heads, he turned it profitable in FY2019. He will now need to turn on the magic, once again, for the loss-making—and once rival—gourmet retail chain Nature’s Basket, which Spencer’s bought out from Godrej Industries.

What then can Goenka do differently from Godrej? Firstly, it is the intent. Though Nature’s Basket grew from a single food store in 2005 to 35 stores in Mumbai, Pune and Bengaluru, it never made a profit in 14 years of operation. In FY18 it reported a net loss of ₹62.24 crore, down from  ₹95.37 crore in FY17. FY19 revenues were at ₹338.38 crore.

Announced in 2016, GNB [Godrej Nature’s Basket] Refresh 2020 strategy targeted ₹1,000 crore revenues by 2020; omni-channel expansion in the medium term and a deeper presence in southern and western India. Not much of these was achieved.

Tanya Dubash, executive director and chief brand officer, Godrej Group said in a press release announcing the sale, “Looking forward, we realised that to further unlock the immense potential of this brand and to grow it to even greater heights, we need to pass on the torch to owners who have prioritised retail in their portfolio strategy and have the relevant ecosystems to take the business to the next level.”

Nature’s Basket’s CEO Avani Davda said she was travelling and declined to speak about the sale to Spencer’s.

NO DILUTION OR RE-BRANDING
“We wanted to expand our footprint inorganically. Nature’s Basket has a strong base in western India, which we don’t. Both the brands are aspirational compared to Big Basket and cater to high-end customers,” says Goenka.

There are no plans to dilute, dissolve or re-brand Nature’s Basket, Goenka adds. “It [Nature’s Basket] is a very strong brand. As I continue to understand this business fully, I will explore whether we can have more stores and expand to those places where required.” He says he will evaluate which markets are expanding, and which of its stores are breaking even. But analysts say some stores could turn unviable and shut, or be converted into Spencer’s stores.

Goenka will also need to rethink a few issues for Nature’s Basket:
Rethink NCR: Nature’s Basket exited the NCR—considered a key market for premium gourmet foods—by 2017, where at one time it had eight stores. High rent and operating costs and logistical issues could have led to these exits. Goenka cannot afford to ignore the region. Spencer’s already has over 10 hyper stores and neighbourhood stores in this region. “NCR cannot be missing from Nature’s Basket’s map; it is a vital growth market, alongside Mumbai,” says Abneesh Roy, senior vice president (institutional equities), Edelweiss Securities. Spencer predicts that retail spending in the NCR will grow at 12.5 percent CAGR between FY17 and FY21.

Cross-selling: Goenka will be banking on cross-selling products and private labels to boost revenues for both brands. Nature’s Basket has Healthy Alternatives, L’exclusif, and Natures, while Spencer’s has Smart Choice and Tasty Wonders in the foods category, and 2Bme, Care & Esentialz, Clean Home, Maroon in non-foods; 63 percent of its revenues come from foods. Spencer’s Retail became profitable (it reported a consolidated net profit of ₹7.94 crore for the full year in FY19) as Goenka focussed on improving margins and cross-selling in specific categories. The company, which was listed in 2018, is now debt free, and has taken a cautious approach to opening new stores.

Turning this venture profitable is a distance away, at least 3 to 5 years away, experts say. With execution being be critical, will Spencer’s rediscover its mojo?