The numbers show that several issues should worry banks ahead of the festive season, which raises hopes for revival in consumer demand and demand for loans 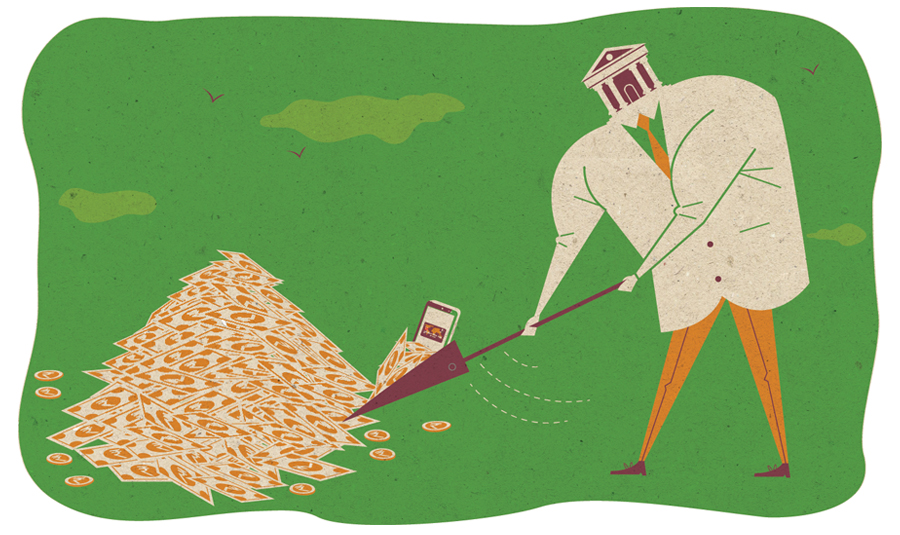 It was believed that in 2019 banks would break out from the vice-type grip of non-performing assets (NPAs). All Indian banks, particularly state-owned ones, had been struggling to get out of it for the past five years. In pure NPA terms, the June-ended FY20 earnings seem to indicate this has happened.

“Asset quality of banks witnessed a decisive turnaround in FY19 with gross NPA (GNPA) levels coming down to around 9.3 percent as of March 2019 from 11.3 percent a year earlier. Since much of the stress has already been recognised, slippages will remain lower in FY20,” says Miren Lodha, director at ratings agency Crisil. “We expect a 100-125 basis points improvement in GNPA levels of banks in FY20.” 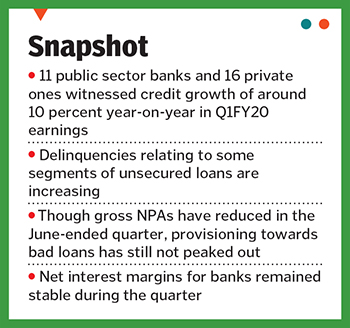 While this spells good news, a deeper look at the numbers shows that there are several issues that banks need to be worried about. This is crucial as the economy gears up for the festive season, which raises hopes for revival in consumer demand and demand for loans.

Banks in India are focusing on retail lending since corporate lending activity has struggled. Reserve Bank of India (RBI) data shows that household debt is surging. Personal loans and credit cards outstanding rose by 58 percent to ₹720.5 crore as of June 21 compared to ₹454 crore two years ago, according to RBI data.

Banks, however, are likely to focus on unsecured lending, considering that industrial capex is likely to remain moderate given weak demand. Also private sector capex towards brownfield and green field projects is unlikely to pick up during this fiscal, says Kumar.

Another concern is that provisioning for bad loans is unlikely to have peaked out. For public sector units, the provisioning coverage ratio is about 55 percent in some cases and 70 percent for some private banks. In Q1FY20, public sector banks grew by around 5 percent year-on-year.