How US Needs to Overcome the Fiscal Cliff 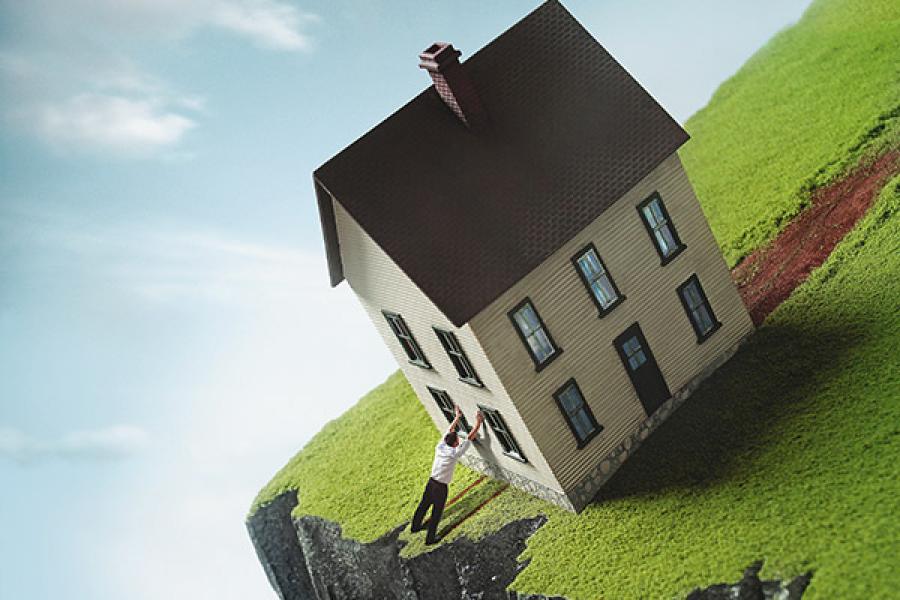 The world is focussed on the fiscal cliff, a term referring to the scheduled reductions in the US budget deficit, by way of expiring tax cuts and mandatory spending cuts. The fiscal cliff may ironically improve public finances, reducing the deficit and slowing the increase in debt levels—America’s debt mountain. But the fiscal cliff will not of itself solve America’s fundamental financial problems.

Debt Mountains
US government debt currently totals around $16 trillion. The US Treasury estimates that this debt will rise, in absence of corrective action, to around $20 trillion by 2015, over 100 percent of America’s Gross Domestic Product (GDP).

There are also additional current and contingent commitments not explicitly included in the debt figures, such as US government support for Freddie Mac and Fannie Mae of over $5 trillion and unfunded obligations of over $65 trillion for programmes such as Medicare, Medicaid and Social Security. US state governments and municipalities have additional debt of around $3 trillion.

Despite growing concern about the sustainability of its debt levels, demand for US Treasury securities from investors and other governments remains strong.

‘Innovative’ monetary policy from the US Federal Reserve has allowed the government to increase its debt levels. Around 60-70 percent of US government bonds have been purchased by the Federal Reserve, as part of successive rounds of quantitative Easing (QE).

Federal Reserve action has been a key factor in keeping rates low, allowing the US to keep its interest bill manageable despite increases in debt levels.
But the current position is not sustainable.

Cliff Hanger
In January 2013, in the absence of political agreement, a series of automatic tax increases and spending cuts will be triggered. These were part of the 2011 legislative package which increased the debt ceiling allowing the government to continue to borrow.

Several temporary tax cuts will expire. The total amount involved is around $500 billion through to September next year. Automatic spending cuts will also commence, totalling about $600 billion per year and $6.1 trillion over 10 years.

The automatic tax increases, non-renewal of tax cuts and spending cuts are equivalent to about 5 percent of GDP.  In a recent report, the non-partisan Congressional Budget Office (CBO) estimated that the tax increases and spending cuts would reduce output by approximately 3 percent and increase unemployment to 9.1 percent by the end of 2012.

Corrective Services
Bringing US public finances under control requires bringing budget deficits down, through spending cuts, tax increases or a mixture. The fiscal cliff is merely a step down that long road.

Government revenues would need to increase by 20-30 percent or spending cut by a similar amount.
The US has a lower tax-to-GDP ratio (around 18 percent) than even much maligned Greece (around 20 percent). The tax-to-GDP in most developed countries is closer to 30 percent.

Given 45 percent of households do not pay tax (because they don’t earn enough or through credits and deductions) and 3 percent of taxpayers contribute around 52 percent of total tax revenues, a major overhaul of the taxation system would be necessary. Tax reform, especially higher or new taxes, is politically difficult.

President Obama asserts that he has a mandate to reform the budget, especially increase taxes on wealthier Americans. Having lost the presidential election and also having failed to make hoped for gains in Congressional elections, the Republicans are defensive. Their position is complicated by fractious internal politics. More conservative elements believe that the loss was due to a shift to centrist policies and a return to more strict conservatism is required.

Republican House Speaker John Boehner has appeared conciliatory, signalling a willingness to consider some higher taxes. In the fissiparous world of US politics, nothing is guaranteed, especially given the short electoral cycle. The prospects of a definitive grand bargain remain poor. The more likely scenario is an incremental strategy.

A short-term compromise will be needed, entailing extensions of some tax cuts and delaying some spending cuts. Negotiations on deeper structural tax and spending reforms may take longer. The latter would focus on some tax increases and some adjustment to spending.

President Obama may get some higher taxes. Republicans might accept higher income taxes, particularly for those earning more than $1 million per annum (rather than $250,000 currently proposed). Some tax deductions and reporting loopholes may also be eliminated. In return, the administration may agree to changes in entitlement, such as higher Medicare retirement age and changes to indexation of social security benefits for inflation. There would probably also be cuts in spending on defence and other social welfare programmes.

Such measures may not be enough. What is needed is a radical overhaul of the tax system, including probably a value added tax and wind back of complex deductions and subsidies. What is also needed is a review of all spending, including defence and social welfare, to better target expenditure and align it with tax revenues.

But even with this action, without strong economic growth and decreases in unemployment, it is difficult to see a significant improvement in American public finances. The recent CBO report concluded that “[very few policies] are large enough, by themselves, to accomplish a sizeable portion of the deficit reduction necessary”.

Our Debt, Your Problem
Given the magnitude of the challenge and the lack of political will, the US will continue to spend more than it receives in taxes for the indefinite future, resulting in increases in US government debt. This will force the Federal Reserve to continue existing policies, especially debt monetisation by purchasing government bonds and the devaluation of the currency.

Debt monetisation (printing money) will continue, entailing the US Federal Reserve purchasing government bonds in return for supplying reserves to the banking system. Zero interest rates policy (ZIRP) in conjunction with debt monetisation will be used to devalue the US dollar.

Expedient in the short term, monetisation risks debasing the currency. Despite bouts of dollar buying on its safe haven status, the US dollar has significantly weakened. On a trade weighted basis, the US dollar has lost around 20 percent against major currencies since 2009.

The weaker US dollar allows the US to enhance its competitive position for exports; in effect the devaluation is a de facto cut in costs. This is designed to drive economic growth. As the US dollar weakens, it improves America’s external position. US foreign investments and overseas income gain in value.

But the major benefit is in relation to debt owned by foreigners. China, Japan, oil exporting nations, Asian central banks and sovereign wealth funds hold around 35-40 percent of US gross government debt of $16 trillion. As almost all of its government debt is denominated in US dollars, devaluation reduces the value of its outstanding debt.

But existing investors, such as  China, must now continue to purchase US dollars and government bonds to avoid a precipitous drop in the value of their existing investments and to avoid a sharp rise in the value of their own currencies, which would reduce export competitiveness. As John Connally, US Treasury Secretary under President Nixon had belligerently observed: “Our dollar, but your problem.”

If the US takes the decisive action suggested then US growth will slow sharply in the short run, though the downturn may be shorter in duration and the longer term brighter. If, as is likely, the US does not take decisive action then US growth will still be affected, though less significantly in the short run. But America’s debt position will become increasingly problematic. America’s long-term growth prospects will also be adversely affected.

US dollar devaluation will create pressure for appreciation of other currencies. This may force other nations to implement measures, such as zero interest rate policies, QE programmes or capital controls, to halt or at least slow the appreciation of their currencies to avoid reductions in competitiveness.

Foreign investors in US dollars and government bonds are likely to suffer losses. Large investors like China and Japan may suffer significant declines in the value of these assets, reducing their national savings.

Emerging markets, like India, will be affected by the slowing US and global economies. Demand for exports will slow. Dollar devaluation will reduce their trade competitiveness. They will suffer a loss on currency reserves invested in US dollars and US government bonds.

Low interest rates and the weaker US dollar have encouraged investors to increase investments in emerging markets, offering better returns and more encouraging growth prospects. These flows have pushed up asset prices. Much of the capital flows into emerging markets are short term and potentially volatile.

As most commodities are priced and traded in US dollars, the lower value of the currency causes price rises, fuelling inflation in emerging markets.

In trying to preserve its position, the US now is increasingly adopting toxic economic and financial policies, which have the potential to damage other nations and ultimately its own future.

Economist Herbert Stein observed: “If something cannot go on forever, it will stop”. How long the US can continue its profligate ways is unknown.