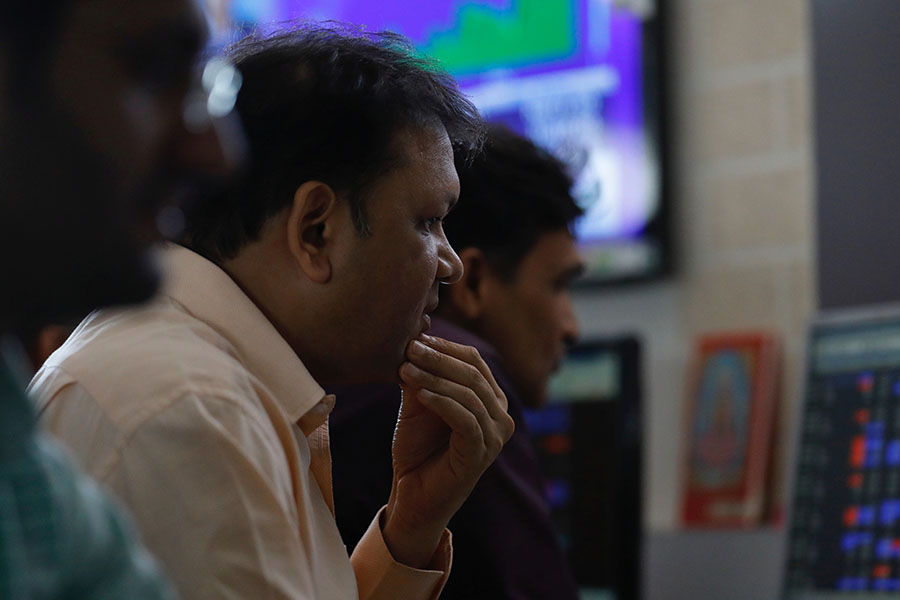 Image: Reuters
It has been a bad week for Indian stock market indices, which closed in the red for the sixth straight trading session on Tuesday. And for the first time in several months now, India’s investing community has started to get nervous. The global markets cracked last week and the might of India’s ‘insulated’ economy is being tested.

In the first few seconds of trade on Tuesday, key indices opened with a huge gap-down. Blue-chips and mid-caps all tumbled in early trade. The benchmark 30-share Sensex fell 3.6 percent to an intraday low of 33,482.81 points, its lowest level in the past five weeks, while the Nifty 50 also slid 3.65 percent to a day’s low of 10,276.3 from its previous close.

At close, the Sensex had recovered somewhat from intraday lows—on signals of a better-than-expected opening for US index futures on Tuesday—but still closed down 1.61 percent at 34,195.64 points, while the Nifty ended down 1.58 percent at 10,498.25 points.

A mix of factors have played their part: Strong US jobs data, rising bond yields, the lack of attractiveness for global equities and a concern that the cost of capital and inflation will start to go up again and so would interest rates.

The problem is that there is little clarity on an immediate trend for the markets. Some say that this pull-back could be deeper. “The pull-back in indices, of nearly 8 percent from its peak, has been swift and brutal. We could see a time- and price-wise correction which could last for weeks,” says Gaurav Dua, head of research at India’s retail brokerage firm Sharekhan.

But Dua said that the factor which started the slide in global markets was not a “destructive factor” and thus it should not be too much of a concern.

India’s bull run has piggybacked on global equity markets over the past near 15 months. The hope of positive corporate earnings growth and that the ruling Bharatiya Janata Party-led government would announce more structural reforms had fuelled stock prices further.

“The reactions here are typically knee-jerk and not completely led by fundamentals,” says Aashish Sommaiyaa, managing director and CEO of Motilal Oswal AMC. “But I will not hesitate to say that we are already seeing a bit of a slowdown in money coming into the markets.”

Already investors were fretting after Finance Minister Arun Jaitley in the union budget last week announced taxing long-term capital gains made from equities. “The budget gave people time to step back and review investments, which they did,” says Sommaiyaa.

Thus the attention in coming days will shift towards US index futures and comments coming out of the US Federal Reserve. In India, commentary from the Reserve Bank of India—which is set to announce its monetary policy on Wednesday (February 7), will also be watched.

Most economists expect the RBI to hold the repo rate for the third straight policy meeting, but its commentary will need to be heard carefully.
“Amid rising government bond yields, market attention will be on whether it announces bond purchases to support the market. We would be surprised if the RBI does so, at the risk of losing its credibility,” says Su Sian Lim, senior economist (Asia-Pacific region) at BNP Paribas in Singapore.

For the fiscal year ending March 2018, inflation will appear to be benign, averaging 3.7 percent, but retail inflation hit a 17-month high of 5.21 percent in December 2017.
In FY19, the consumer price index inflation is set to rise further, which will be higher than RBI’s 4 percent target over the next 12 months. And it will put pressure on the RBI to start hiking rates soon.

Tweets by @forbesindia
Satish Kannan & Enbasekar Dinadayalane: Getting the doctor on chat with DocsApp
Deepanjali Dalmia: Keeping it natural with Heyday Care