Can the 4-minute Upma do a 2-minute Maggi?

Nestlé is betting big on ready-to-eat products under its blockbuster Maggi brand. Can poha and upma replicate the magic of Maggi? 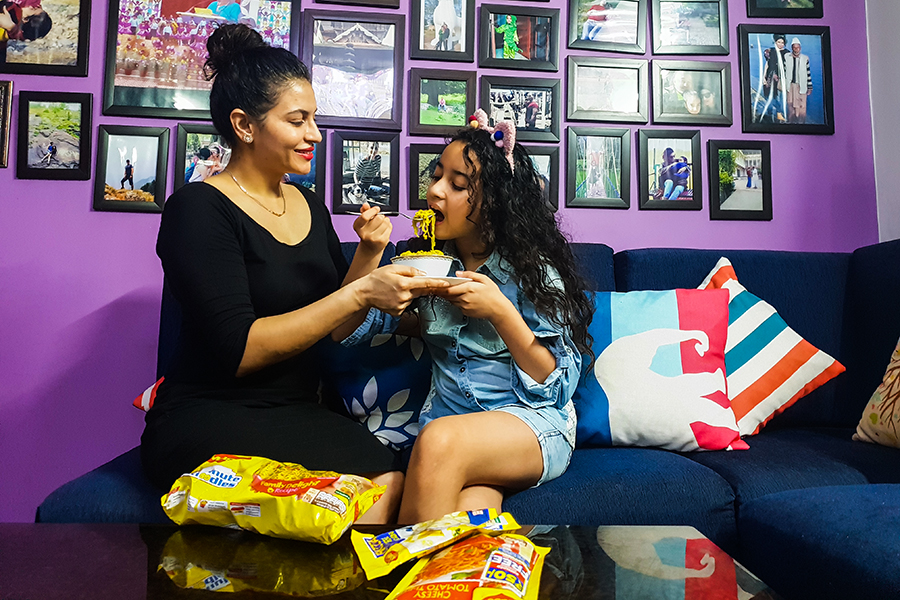 For over three months now, Bhawna Sharma Ningthoujam has been working double shifts, working her day job as well as all the house chores. And what has come handy for the Noida-based communication professional in balancing her home, work and 10-year-old daughter, Gema, is churning out a hassle-free breakfast, using a slew of ready-to-eat variants. “It’s quick, convenient and tasty,” says Ningthoujam, alluding to Maggi noodles, upma and poha, which she makes in the morning on alternate days. Her routine, though, has become stretched by a few minutes. “Earlier it was two-minute Maggi, now it’s four-minute poha and upma,” she smiles. “But I am not complaining,” she adds.
Nestlé, the maker of Maggi noodles, doesn’t have any reasons to complain either. The demand for noodles reportedly surged over 20 to 25 percent over the pre-lockdown period. In fact, nobody knows the nirvana of ‘instant food,’ and magic of branding ‘minutes’ better than Maggi, the ‘two-minute’ meal. “Maggi,” reckons Nikhil Chand, director (foods and confectionery) at Nestlé India, “provides convenience to lives, and brings taste and goodness in minutes. Just add hot water, and in four minutes, a steaming bowl of upma or poha can be served.” Yes, it’s not noodles. This time, it’s upma and poha—traditional Indian breakfast food—in ready-to-eat and cook formats.  After cementing its place in households across the country—aided amply by aggressive marketing and branding of Maggi noodles—Nestlé is now trying to go deeper into the kitchen. Though both the products (poha and upma) were rolled out last December in portable cups—targeting out-of-home consumption—the company has recently launched flexible packs. The target now is in-house consumption. With work-from-home becoming the new normal, and likely to continue over the next few months, there has been a spike in home indulgence. Consumers, Chand says, are finding different platforms of engagement, whether it is convenience of getting brands that they would have otherwise not consumed or experimenting with new forms of cuisine and cooking. “In-home consumption and seeking essential products on the table has become an important behaviour,” he maintains. The response to upma and poha, he adds, has been positive. Analysts are not surprised with Nestlé’s bullishness. The ready-to-eat (RTE) market, which was worth around Rs2,800 crore last year, has been growing at 17 to 18 percent compound annual growth rate (CAGR) over the past four years. While factors such as increased distribution, urbanisation, nuclear families and double-income households with busy lifestyles have been driving growth, Covid-19 and the resultant lockdown has acted as a catalyst for the segment. People are still sceptical about the safety of ordering cooked food, says Rohan Agarwal, director at RedSeer, a marketing research firm. In fact, the volumes on food delivery platforms are down by about 65 percent. Consumers, Agarwal says, are likely to adopt RTE products even for occasions when they were ordering cooked food from outside. “The RTE market is expected to grow sharply,” he adds. Nestlé, reckon industry experts, is well poised to make most of this inflection point in the RTE category. The reasons are not hard to fathom: Extensive distribution reach, the brand pull of Maggi and a deeper understanding of the Indian palate. “This is what has helped Nestlé crack the noodles market with Maggi,” points Abneesh Roy, executive vice president at Edelweiss Securities. “And this is what gives Nestlé an edge over rivals like MTR, who have been in this space for long,” he says. Maggi and Nestlé, Roy stresses, understands Indian taste better than most. “So they stand a good chance to take a stab at the RTE space with poha and upma,” he says. Can Nestlé find its next ‘Maggi moment’ in upma and poha? Well, this might turn out to be their best chance to add more successful products under the Maggi stable, and live up to its ‘instant’ billing, say branding experts. “Nestlé, by and large, is an ‘instant’ foods company,” says Harish Bijoor, who runs an eponymous consulting firm. The company, he explains, makes instant milk (Milkmaid), instant coffee (Nescafe,) and instant noodles (Maggi). The new quest for success may well lie in creating instant quintessential Indian foods, for the future. “The time is surely right,” he says, adding that time is a valued currency. “That’s why two-minute Maggi, four-minute Poha and 30-minute Domino’s,” he smiles.

The going, though, might not be easy. The biggest challenge starts at cracking the product, Bijoor explains. There are eight primary types of poha in the breakfast and snack mix of India. The poha at Indore, he points out, is very different form the batata poha in Mumbai. “Arriving at the right Poha for India is certainly a challenge,” he adds. Chand, for his part, reckons that Nestlé India has always played to its intrinsic strength. “Brand Maggi has always stood for taste, goodness and convenience,” he says. Back in Noida, Gema and her mother are busy savouring the new products from the Maggi stable. “Tastes good, looks promising,” says Ningthoujam. Ask her if upma and poha can be the next Maggi, and she laughs at the comparison. “Noodles is two minutes, others are four minutes,” she says. “There lies the difference.”

Tweets by @forbesindia
The team that Liverpool forgot
What will happen with weddings?