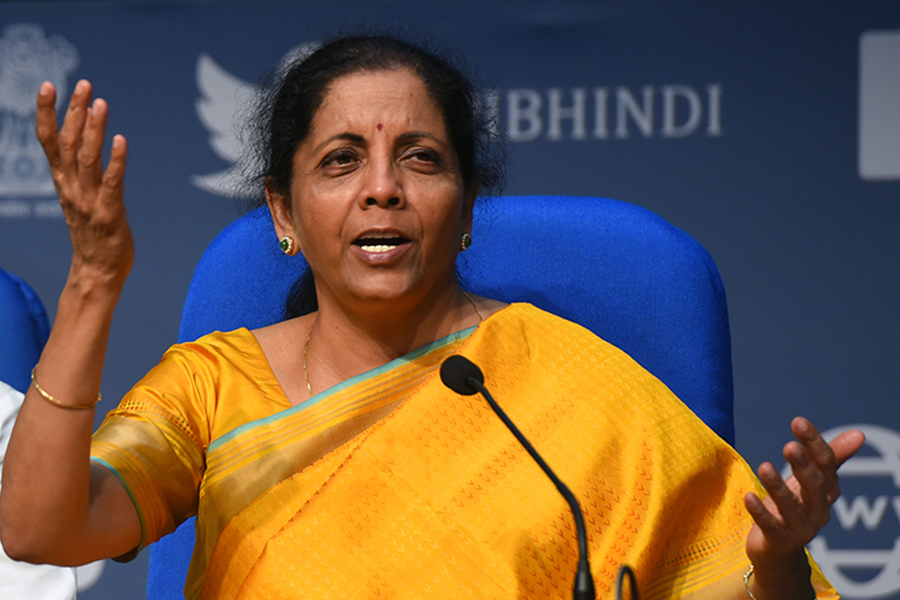 India’s Finance Minister Nirmala Sitharaman on Friday sent a clear message out to marketmen, economists and the media on possible easing relating to the long-term capital gains tax (LTCGT) or the alterations to the dividend distribution tax (DDT): That it is not going to happen anytime soon. “Have I really got the opportunity to understand the impact of the LTCGT proposal?….not really. It was only introduced in about 2018,” Sitharaman responded to a query during an interaction in Mumbai. Several heads of financial services firms, once again, urged Sitharaman to rethink the possibility of easing the LTCGT for investors. The gathering included well-known personalities such as Motilal Oswal, chairman and managing director of Motilal Oswal Financial Services; Soumya Kanti Ghosh, Group Chief Economic Advisor at State Bank of India; and Hemendra Kothari, chairman of DSP Investment Managers. They raised concerns relating to the missing pieces which the government might need to have a look at. Currently the long-term capital gains (LTCG) on the sale of listed equity shares have been made taxable from 1 April 2018 at a rate of 10 percent on gains of over Rs 1 lakh in a financial year. Long-term means a holding period of more than one year from the date of purchase and these gains are the profits earned on the sale of listed equity shares. Prior to 2018 was amended, the LTCG earned on the sale of equity shares was tax-free in the hands of investors. Media persons also raised queries relating to the proposed disinvestment of Life Insurance Corporation (LIC), the dual personal income tax rate structure and tackling consumption concerns better. India’s economy is estimated to grow at the rate of just 5 percent in FY20. Regarding the possibility of rethinking the increased burden of DDT on investors, government officials present at the panel with Sitharaman said that the plan would be to tax all types of incomes. “It is the same everywhere...why cannot dividend income be taxed,” added an official. On Budget Day (February 1), the markets were spooked, with the BSE Sensex index falling 987 points after Sitharaman had announced that the burden of dividend distribution tax was abolished for corporates but placed on investors. Sitharaman also clarified that the proposed move of the government disinvesting a stake in Life Insurance Corporation (LIC) and list it through an initial public offering later on was not unwise. “I believe that the investor is smart. They have money in their hands and they can decide where to invest it. All I have done is to offer them options [beyond just an insurance product]. The main rationale of the LIC move is to make it a vibrant and more transparent body,” she said.
Show More
Thank you for your comment, we value your opinion and the time you took to write to us!

Tweets by @forbes_india
Frozen in time: A photo tour of Bombay's public clocks
Pritika Singh is all set to be a game-changer in healthcare