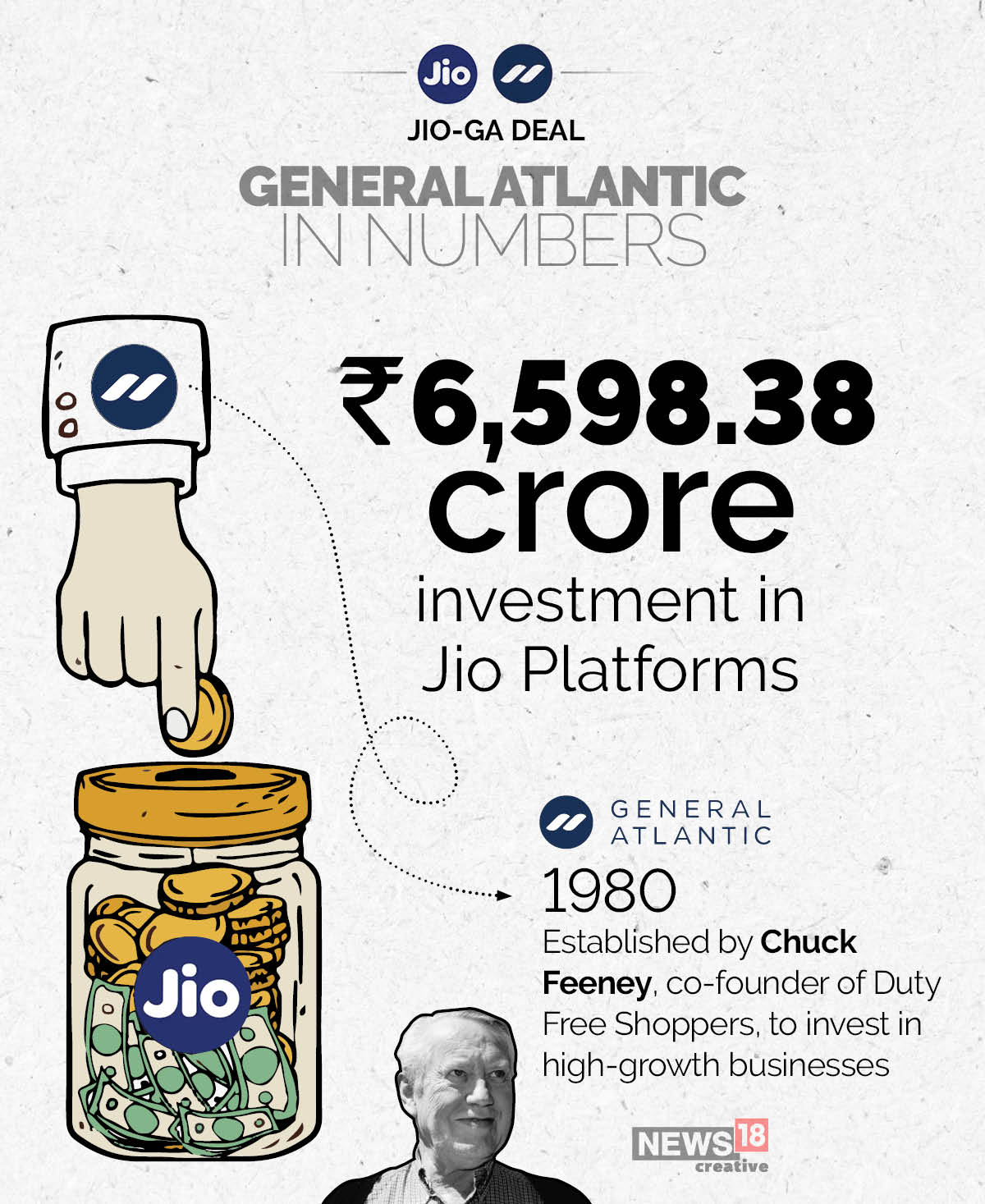 After recent investments by Facebook, Silver Lake and Vista Equity Partners, Jio Platforms has now signed a deal with General Atlantic, readying itself for its next phase of growth. The deal takes the parent, Reliance Industries, one step closer to its aim of becoming a zero net debt company by March 2021.

This is the fourth such stake sale by Jio in the past four weeks and with this latest investment, Reliance Industries has raised a total of Rs 67,194.75 crore for a 14.7 percent stake in Jio Platforms. General Atlantic, a specialist growth equity firm, will invest Rs 6,598.38 crore for a 1.34 percent equity stake in Jio Platforms. This investment values Jio Platforms at an equity value of Rs 4.90 lakh crore and an enterprise value of Rs 5.15 lakh crore, which works out to the same valuations determined by Silver Lake and Vista Equity. But it is at a 12.5 percent premium to the price Facebook paid for a 9.99 percent stake in Jio Platforms. General Atlantic’s other investments include Airbnb, Alibaba, Ant Financial, Box, ByteDance, Facebook, Slack, Snapchat and Uber. While the General Atlantic deal does not reveal exactly how the two companies will partner, it reaffirms the interest that foreign investors have in the world’s second largest internet market. Jio Platforms, a subsidiary of Reliance Industries, has amassed more than 388 million subscribers. 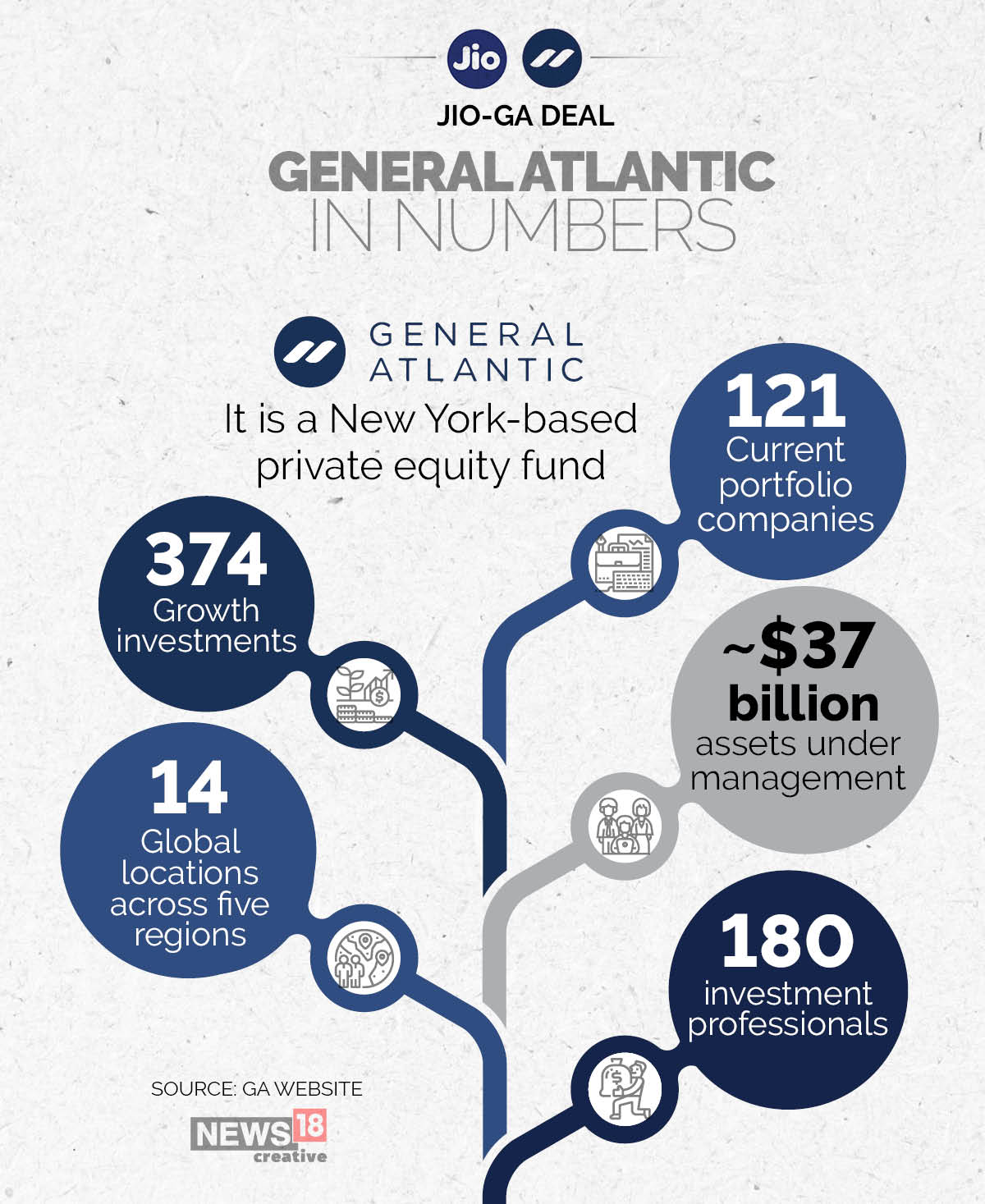 This it has done through an aggressive mix of free voice calls for Jio to Jio subscribers and cut-rate data plans.

In the past month, Reliance Industries has gained 28 percent to Rs 1,458 a share, taking its market capitalization to Rs 986,512 crore. This compares to a 2.36 percent gain in the Sensex during the same period. Analysts have now started to re-rate the business with a technology and telecom core, compared to oil refining and petrochemicals earlier. Reliance Industries has also overtaken Tata Consultancy Services, which trades at a market cap of Rs 710,439 crore. In the last four quarters, Jio has seen a steady rise in both net profit and EBIDTA. Jio reported a near trebling in net profit for the March-ended quarter to Rs 2,331 crore. The company has also saw quarterly EBIDTA rise 43 percent to Rs 6,201 crore. Jio’s average revenue per user declined 1.8 percent to Rs 130.6 in the March quarter, compared to the corresponding quarter last year—pointing to the fact that the tariff hikes have either seen consumers’ down-trade or that consumers had recharged before the hikes became effective in the first week of December 2019. Disclaimer: Reliance Industries is the owner of Network 18, the publisher of Forbes India. 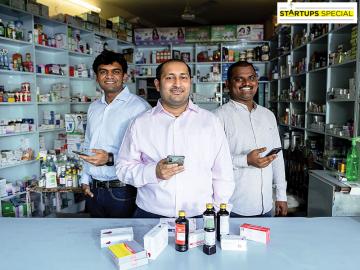