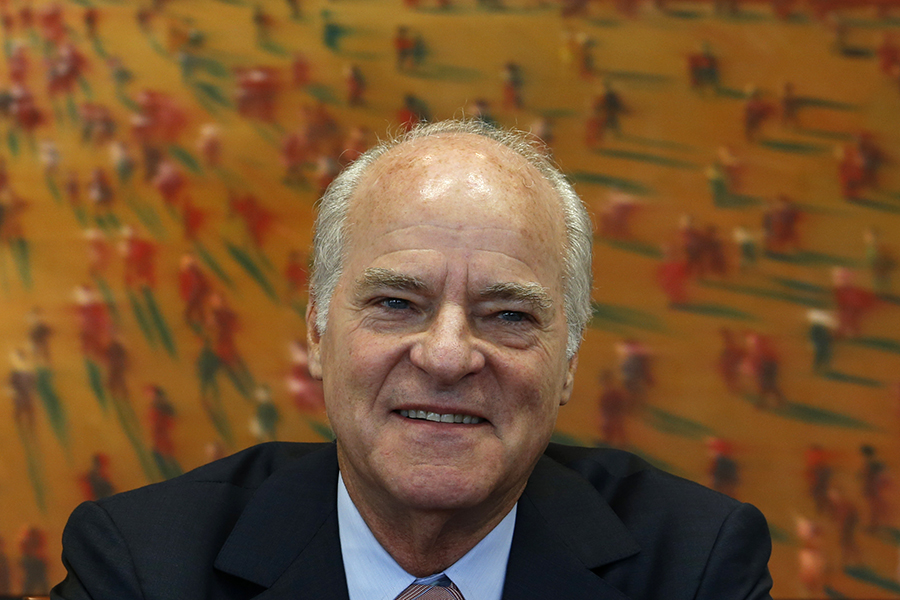 Henry R. Kravis, co-chairman and co-CEO of private equity giant KKR (Kohlberg Kravis Roberts & Co) said on Wednesday that the pressure which governments put on central banks “was not new” and has been seen in various countries.
“I laugh when I read about your government putting pressure on the Reserve Bank of India. We have, and historically had too, exactly the same issue in the US; President [Donald] Trump has been yelling and screaming at Jerome Powell [Chair of the Federal Reserve, US’s central bank], as he is raising interest rates.

“This is nothing new with governments trying to jaw-bone central banks. But central banks in most countries are, and have to be, independent so that they can deal with growth of an economy or heating up of economy, as the case may be, and managing inflation,” Kravis told a select group of journalists in Mumbai.

On Monday this week, India’s financial markets were jolted after Urjit Patel announced that he was quitting from his post as RBI governor, nine months ahead of his scheduled term ending in September 2019.

The government has now appointed former bureaucrat Shaktikanta Das as his successor.
KKR’s Kravis also urged the Indian government to take tough decisions while tackling the stubborn issue of rising non-performing assets which several of India’s banks have been facing over the past five years.

“If a bank has NPAs in its books, it can pretend that everything is fine…but that is a mistake. Right now, everybody wants to push it under the rug and hope that the situation gets better…but it does not. Take the tough medicine, go to the bad bank [model] and clean out bad loans from the banks,” the 74-year-old Kravis said.

Sanjay Nayar, member and CEO of KKR India, who was also present at the gathering, added: “There was no clear direction on recapitalisation of banks…the RBI was trying to create a stop-gap arrangement till the government decided strategically how to deal with the public sector banks.”

Ratings agency ICRA said in a report on Wednesday that the government is likely to keep the banks’ recapitalisation target unchanged at Rs 65,000 crore. This is because, the capital support in the current year has been restricted to only those public sector banks that were breaching or likely to breach the regulatory capital ratio (capital to risk weighted assets ratio (CRAR) of 9 percent.

Kravis urged India to grow its capital markets further. “You have a stock market but there is no bond market. If you do not have a strong bond market, you are limiting growth because you are putting all the onus back on banks to provide capital. And when banks run out of capital or say that they have got to stop now because of NPAs and they are not sure what the RBI wants, you strangle mid-size and small companies,” he said.

Kravis together with his first cousin George Roberts, co-founded the firm in 1976, which is now a global investment and private equity giant, with $195 billion in assets under management and a balance sheet of $16 billion. KKR expanded into Europe in 1999 and Asia six years after that. It launched its India operations in 2009, with former banker Sanjay Nayar as its CEO.

Tweets by @forbesindia
Investing in Influencers
Street cred: Divine's rise to the top of the charts