India can leapfrog to the next wave of technology, says Carnegie Mellon University president

Its infrastructure gap allows the country to move directly into creating something new instead of tearing down existing frameworks, says Carnegie Mellon University president Subra Suresh 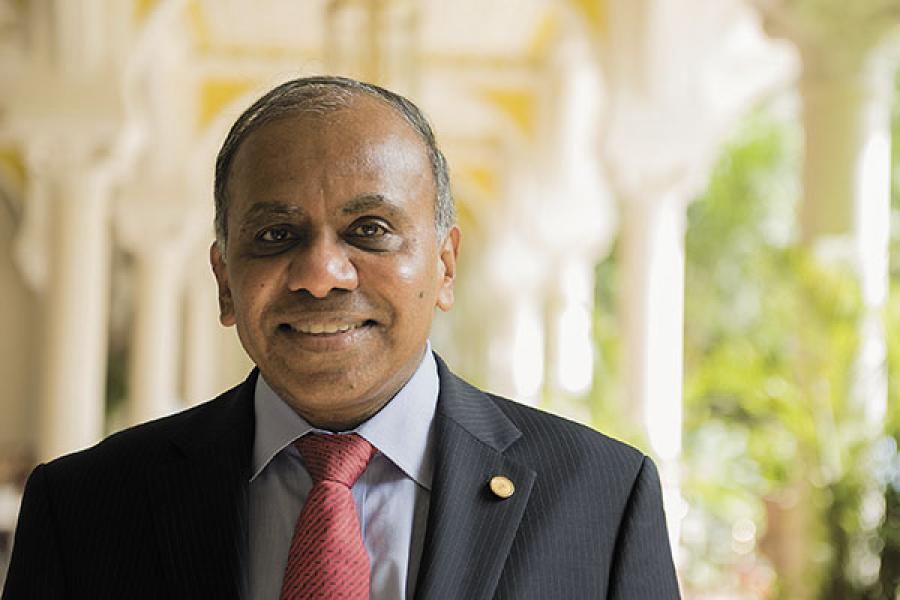 Days after Prime Minister Narendra Modi announced the Digital India initiative, the Carnegie Mellon University (CMU) hosted a symposium on integrated intelligence, which essentially aims to harness technology to improve human conditions. On the eve of the event, which was held on July 4 in New Delhi, CMU President Subra Suresh, 59, spoke to Forbes India about technology’s transformative potential and its implications for the country. Excerpts:

Q. Did the timing of the symposium have anything to do with the Digital India announcement?
It serendipitously worked out well, but it wasn’t planned. We decided on our symposium a few months ago, and incidentally [Narendra] Modi recently announced his plan for 100 smart cities. So, maybe he’s watching us (laughs).

The first theme for the forum is smart cities and how technology, in conjunction with human behaviour, can transform human life. The other theme is the ‘Internet of Things’: How hardware infrastructure, combined with software data, can be used to improve our lives. This also seems to be at the heart of the Digital India initiative.

Q. One of the major challenges today is making technology accessible to all. How do you ensure that it reaches the people who need it the most?
The main problem is access and cost. Billions of people still don’t have access to high-speed internet. You need to make internet available at little or no cost to a large number of people. There is some success on that front in India. For example, in the 1970s, it took eight years to get a landline; today, you can get a mobile connection in a day. When I was growing up in India 25 years ago, beyond newspapers, I did not even have access to magazines from abroad. Today, anybody can have access to information. That levels the playing field. So, there’s tremendous opportunity for India to leapfrog to the next wave of technology.

Q. Do you believe smart cities need to be created as new, independent entities or can existing ones be developed along those lines?
India needs to go for massive infrastructure creation to catch up with developed nations. There’s an opportunity there because that infrastructure does not exist, especially in many villages [in India]. Whether it is roads or electrification, sanitation or high-speed wireless internet, there is an opportunity to create new smart cities that do not exist. Whereas in a place like California, which is very developed but has horrendous congestion and traffic conditions, the challenge is different. There, you need to explore the possibility of creating a smart city using the available infrastructure. This goes back to my earlier point about leapfrogging technology. There are thousands of miles of highways in the US and if you have to create a smaller, smarter transportation system, you have to tear it all down. In India, if you’re creating something new, there exists an opportunity to start from scratch.

Q. What does integrated intelligence, also the subject of the symposium, aim to achieve?
One of Carnegie Mellon’s strengths has been its ability to connect the cutting edge in technology with cutting-edge approaches for improving human condition. For example, about 40 years ago, CMU was one of the key places where artificial intelligence and machine learning were born. Herb Simon, who spent his career at CMU, was a pioneer in the field of artificial intelligence and the science of learning.

If you look at the 21st century, the key issues are going to be around technology, especially mobile technology and how it is going to affect day-to-day life. It is no longer a question of just connecting people. Therefore, trying to use technology to improve human condition is what it (integrated intelligence) is aimed at.

Q. You studied at IIT-Madras, which is among a handful of institutes in India to do substantive research. Why is there still a lack of research opportunities in India?
The IITs, by their charter, were only meant to be undergraduate colleges, but now they have evolved. When I was studying in IIT, there were very few opportunities for research. Now there are a growing number of opportunities, but India still produces far less PhDs for the size of its economy and population compared to most developed countries.

However, when I visited IIT-Madras recently, I was told that it has plans for several thousand PhDs. This would have been unheard of in the past. In the last 10 years, there has been an increase in government funding for research. It’ll take some time though; it won’t happen overnight. Recently, the Indian government set up the Science and Engineering Research Board on the lines of the National Science Foundation in the US, of which I was the director. It was created to provide funding for the development of PhD cohorts of Indian origin who would provide cutting-edge research.

It is going to take some time, but India is relatively young.

Tweets by @forbesindia
The Sikka way at Infosys
Thoughts on families