He launched a book "The Making of India", written by Kotak analyst Akhliesh Tilotia, which highlights social and economic challenges and opportunities which India faces. 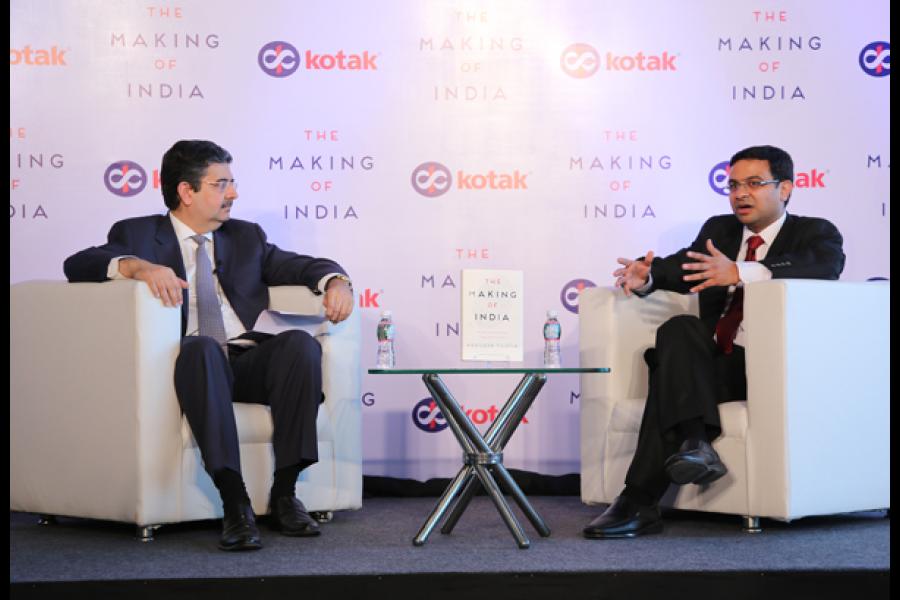 Kotak Mahindra Bank’s executive vice-chairman and MD Uday Kotak compared India’s path to revival in economic growth as ‘running a marathon’. “We have often thought of it as a sprint and then maybe run out of breath. But, we also cannot be slow and must start running the marathon,” he told media on Wednesday.

Commenting on what the policymakers need to do as India moves forward, Kotak said, “We need investment-led GDP as compared to a disproportionate consumption-led growth [seen earlier].”

The banker was speaking at the launch of a book – The Making of India – by Kotak Institutional Equities’ thematic research analyst Akhilesh Tilotia. Tilotia, in a chat with Kotak, spoke about the social and economic transformations and challenges which India faces today and the opportunities which it throws up.

Commenting on the book, Kotak said: “Markets and economies worldwide are in a state of constant tumult led on by a string of known and unknown factors. In a connected world, the ever changing global flows of money, ideas and people, has led to unpredictability being the new norm. This book makes meaning of the many seemingly disparate, yet interconnected sequences that inform these events, to help the reader benefit from this creative chaos.”

In the 246-page book, Tilotia stressed on the point that Indians face a significant private cost of public failure, which meant people, over the years, have got poor quality of essential utilities like power, roads, water, education, healthcare and security – as prices have been kept low, in an attempt to offer them at affordable rates to the poor.

Citing an example, Tilotia said, “Take transport, in Mumbai, the state has underpriced the services of public buses and local trains. But the overcrowding of public utilities is so intense that people have gone ahead and bought two/four wheelers. This has compounded the problem of lack of transport options and the lack of public infrastructure. Most cities invest more in public transport.”

The thought of India being a poor country was engrained in our system since Independence and that services need to be provided cheap. “But we don’t need low-cost services, we need high quality,” Tilotia added.

The Kotak analyst also said that in recent months, India’s policymakers have started making a shift towards market-determined pricing (as seen with the deregulation of diesel and petrol prices).

“That is welcome,” he stressed while also stating that the need was not to tinker around with pricing, but create institutions which could maintain the sanctity of pricing.

The book also highlighted challenges which India faces not just to create jobs, but train its workforce, in rapidly expanding sectors [like e-commerce]. Tilotia urged that the revival of the manufacturing sector would be critical to Prime Minister Narendra Modi’s “Make in India” campaign. This campaign is an effort to boost local manufacturing and create jobs in India.