The Tata Group has brought a diverse set of businesses together to capitalise on the electric vehicle opportunity, building the entire ecosystem in house 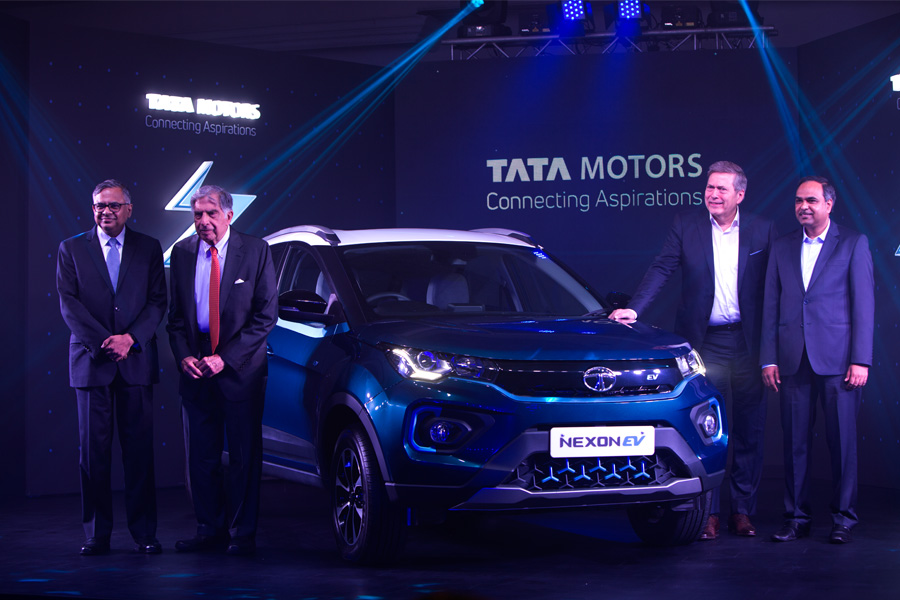 Making an electric vehicle (EV) is only one part of the challenge. Equally important is getting reasonably priced battery packs, installing charging infrastructure around the country and lowering the cost of loans taken to buy them.

In short, getting an ecosystem in place is critical and India’s oldest conglomerate, the Tata Group, has taken its first step in putting it together. “Without the infrastructure in place even the best [electric] cars cannot become bestselling,” said Guenter Butschek, chief executive at Tata Motors.

At the launch of the Tata Nexon EV, it was clear that this push had the backing of the highest levels in the Group. “We see the shift towards EVs as a megatrend… one that is not just restricted to building cars,” said N Chandrasekaran, chairman, Tata Sons. His aim is to see Group companies move to occupy a pivotal position in its development. Ratan Tata, chairman emeritus of the Group was also seated in the audience.

The development of an electric vehicle ecosystem in India is still at its infancy, but what is clear is that it would require collaboration from a diverse set of businesses that have expertise in various parts of the EV value chain. At the Tata Group, the aim is to draw on Group companies to develop parts of the EV ecosystem. It is also a shrewd business call to keep as much of this opportunity within the group.

For now, the numbers of electric vehicles sold in India are tiny (there is no official data available for how many electric cars were sold) and the government still has to subsidise buyers. Still, Tata Motors is hopeful of increased sales as an internal study has shown that buyers are willing to pay up to 25 percent more for electric cars. Over the lifecycle of a car, the total cost of ownership works out to the same as that of an internal combustion (IC) engine car, as the cost of running an electric car is only 20 percent.

The logic is likely to be tested soon, as the Nexon EV has been priced at Rs13,99,999 to Rs15,99,999, or 40 percent more than the IC version. Getting prices down will depend of higher localisation levels. Tata Motors hopes to get to 60 to 80 percent localisation in the next three years. Financing options usually range between 12 to 14 percent for electric vehicles, and while Tata Motors Finance declined to state how much they would charge, they did acknowledge that the installments would be kept low at first and rise after three years. The cars will be displayed at Croma in addition to existing Tata Motors dealers.

To counter range anxiety, the Group has brought in Tata Power to set up a network of charging stations across the country. At present, there are 100, with plans to take that to 650 by the end of the year. The charging stations would provide a full charge in 30 minutes. Electric vehicle owners usually charge their cars overnight at their homes and Tata Power would install these charging stations at residences.

The Group will rely on Tata Chemicals to get the battery chemistry right. It plans to invest Rs800 crore for a battery manufacturing plant at Sanand, and will work on getting battery prices down to $100 per kilowatt hour, which is when electric vehicle prices should come to rival their IC counterparts. “At current levels, it is difficult for us to match the total cost of ownership of IC vehicles,” admitted R Mukandan, managing director at Tata Chemicals. The government has given car makers three years to get localisation levels up and the Group plans to stick to those timelines.

The next 12 months should see Tata Motors launch four more electric cars – two SUVs, a sedan and a hatchback. Also under development are multiple powertrains for them to mix and match their offerings. Butschek declined to reveal how much Tata Motors or other Group companies have invested in getting the building blocks of an EV ecosystem in place but he did acknowledge that it is still early days and this is “just the start”.

Tweets by @forbesindia
Inequality has a 'Female Face' in India
Comic: Hate in the time of Delhi elections?