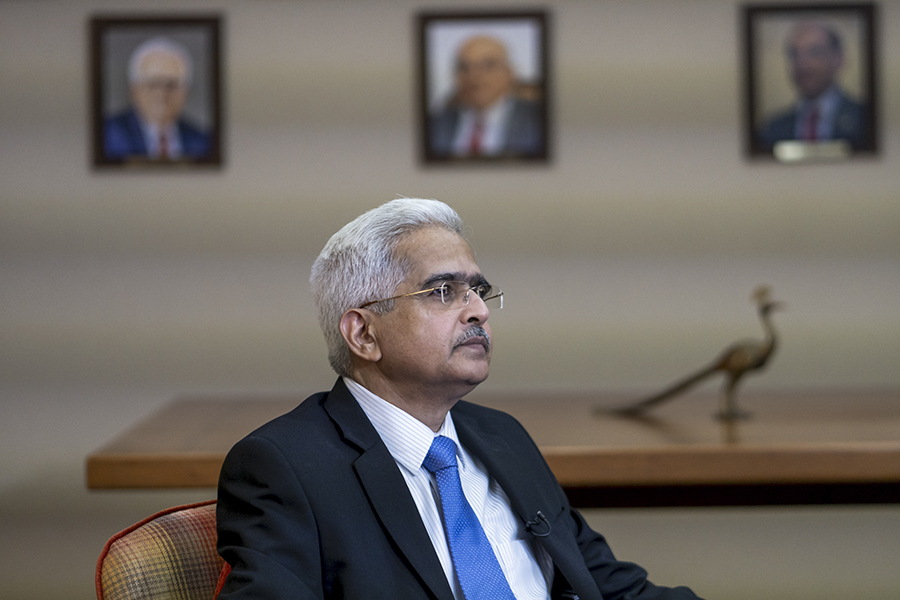 The Reserve Bank of India (RBI) on Wednesday announced a fresh set of dispensations for small borrowers—both individuals, vendors and self-employed small businesses, where loans are under Rs25 crore—who are reeling under the impact of the worst Covid-19 outbreak in the world.

The central bank did not announce a fresh blanket moratorium for loans. The logic, experts say, is that industries—in places where there are regional lockdowns and less stringent norms—have learnt how to operate in such an environment.

RBI Governor Shaktikanta Das said according to reports, the disruption in manufacturing units so far was minimal. Consumption demand was also holding up, with sales of consumer goods rising in double digits in January-March 2021 and average daily electricity generation up by 40 percent year-on-year in April. Rail freight registered a growth of over 76 percent year-on-year in April.

Das was indicating that while the macroeconomic picture in India was uncertain, there wasn’t a significant amount of stress to push the RBI to take massive relief measures at the moment.

Restructuring under the proposed framework may be invoked up to September 30, 2021 and shall have to be implemented within 90 days after invocation, he added.

For another set of borrowers who have availed of restructuring of loans according to the past model, where the resolution plan permitted moratorium of less than two years, “lending institutions are being permitted to use this window to modify such plans to the extent of increasing the period of moratorium and/or extending the residual tenor up to a total of two years”, he said.

Optional Moratorium
Suman Chowdhury, chief analytical officer, Acuité Ratings & Research, tells Forbes India this was a form of “optional moratorium” where banks were allowed to decide on whether fresh restructuring would be required or not.

Rahul Bajoria, chief India economist at Barclays, called it a positive move, saying, “These steps should add to the liquidity support measures implemented since the emergence of the pandemic, which we estimated to be more than Rs14,200 billion, through various schemes in the past year.

Bajoria adds that with the economic data holding up better than during the 2020 lockdowns, “the RBI has time to calibrate and coordinate its policy response with the fiscal side”.

Health Care Relief: Better Late Than Never
The RBI also announced a Rs50,000 crore term liquidity facility to scale up the provision of health care services. Banks can now provide loans of up to three years to a wide range of entities, including vaccine manufacturers, importers/suppliers of vaccines and priority medical devices, and individuals seeking treatment.

Last December, the RBI said it will bring 26 stressed sectors, including health care, identified by the Kamath Committee—as eligible under on-tap targeted long-term repo operations (TLTRO)—where more liquidity could be provided. “In hindsight, the liquidity facility could have come earlier, but it is a creditable measure, with definite benefits,” says an economist with a private sector lender.

Sameer Narang, chief economist at Bank of Baroda, says it is too early to assess the impact of the second wave of the pandemic. “Some of the high frequency indicators might be lower than March levels, but are not as badly placed as a year ago,” he tells Forbes India. The assessment on inflation and the economic conditions will be better understood by the time the RBI meets next, in early June, to announce policy measures.

Benefits for Small Finance Banks
In recent months, small finance banks (SFBs) have struggled to raise deposits and have steady access to funds. In a fresh move, the RBI announced a liquidity window of Rs50,000 crore for SFBs which can lend to smaller MFIs with asset size of up to Rs500 crore for on-lending to individual borrowers as priority sector lending. This facility will be available up to March next year.

Economists Forbes India spoke to agree that this would come as a huge relief to SFBs in the current economic conditions. Investors cheered the RBI’s measures with the benchmark Sensex at around 48,554 points and the Nifty near 14,590 in early afternoon trade. The stock markets have, however, seen more volatility in the past two weeks, as the second wave of the pandemic has deepened in more states beyond Maharashtra.

Most economists and global investment banks have started to revise their GDP projections for India in FY22 to around 10 percent against earlier forecasts of 12 to 13 percent.

Tweets by @forbesindia
How Rapido's rapid strides made it the largest bike taxi player in India
Elderly or in Covid-19 quarantine? These cyclists will pick up your daily essentials