No indication of future rate cuts in immediate future 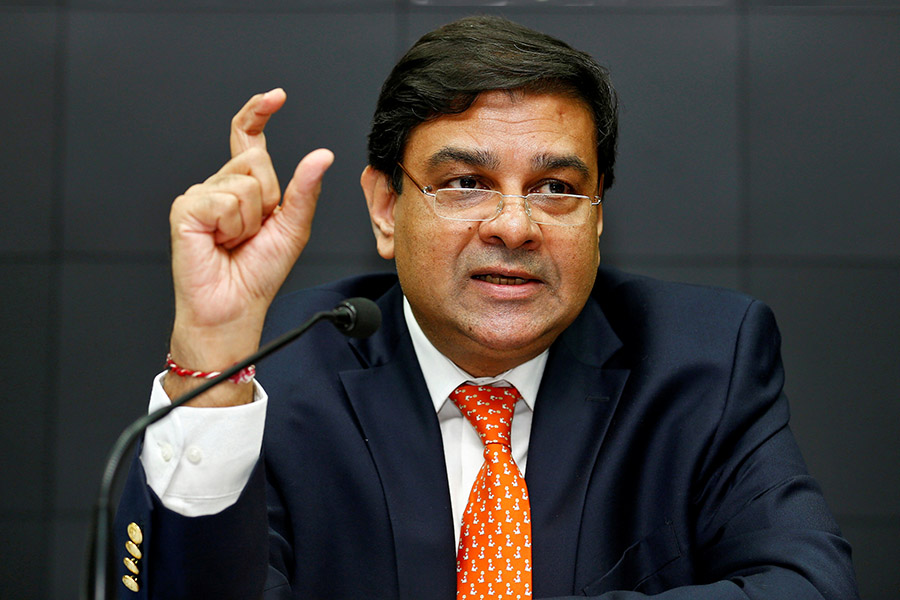 In a surprise move on Wednesday, the Reserve Bank of India (RBI), headed by Governor Urjit Patel, kept interest rates on hold, when most experts and analysts expected the central bank to lower rates by at least 25 basis points.

The repo – the rate at which the central bank lends to commercial banks – is thus unchanged at a six-year-low of 6.25 percent.

The RBI also announced a lowering of the growth forecast for the economy to 7.1 percent for FY17, against 7.6 percent as projected earlier. Both these moves dampened investor sentiment and the stock markets slid sharply following the policy. The benchmark 30-share Sensex index was down by 0.68 percent or 179.67 points at 26,213.09 points and the Nifty 50 fell by 0.66 percent or 53.55 points to 8,089.6.

Patel said the decision to keep rates on hold was based on a slew of factors. “Volatility in crude prices and the surge in financial market turbulence could put the inflation target for Q4 of 2016-17 at some risk,” he told the media, after the policy statement was announced.

He said it was “appropriate” to look at the “transitionary but unclear” effect of demonetisation – or specified bank notes (SBN) as RBI calls it. “Therefore, it is prudent to wait and watch how these factors play out [before deciding on a policy decision].”

The bank has given no real indication of rate cuts in the immediate future. It said the decision to hold rates had nothing to do with a possible US Federal Reserve move to hike rates when it meets next week. The RBI, however, continued to maintain that it retains an accommodative policy stance.

The one positive announced on Wednesday was that the incremental CRR requirement on deposits made between September 16 and November 11 has been withdrawn. This will be effective starting December 10, the RBI said in a separate statement.
The RBI has forecast inflation at five percent in Q4 of 2016-17 with a higher risk bias.

Sonal Varma, India economist at Nomura, said despite the surprise move [to not cut rates], “We believe the RBI’s decision to stand pat is a prudent one. We also expect demonetisation to hurt short-term activity, but we do not see any medium-term damage as it will only result in wealth redistribution, and not much wealth destruction. As such, in the light of improved banking system liquidity, the focus needs to be more on the transmission of the rate cuts already delivered, rather than lowering the signalling rates much further.”

RBI’s deputy governor Rama Gandhi said the decision to withdraw SBNs from the system was a “decision not taken in haste but with detailed deliberation”.

Gandhi said so far, 11.5 lakh crore worth of currency has flowed back into the system, post demonetisation.

The flow and usage of currency and consumer spending have been hurt due to a shortage of new Rs 500 notes even as Prime Minister Narendra Modi’s sudden announcement eliminated nearly 86 percent of the currency in circulation. The government’s aim was to attack the counterfeit cash in the system (which is allegedly being used to fund terror activity) and clean up the ‘black money’ in the system.

Patel took charge as RBI governor after former governor Raghuram Rajan vacated the post after one term of three years, indicating his intention to continue with academics.

Patel is an economist from Yale University, has worked at the International Monetary Fund from 1990 to 1995 and been a non-resident Senior Fellow at the Brookings Institution since 2009.

Patel had headed the panel leading to the formation of the MPC, which aims to provide greater transparency to monetary policy while taking the onus of interest rate decisions away from the sole purview of the RBI governor.