A year ago, they were the masters of outrageous valuations and blockbuster IPOs. Now many are proving sacrificial lambs as funding-raising and profitable growth appear a mirage 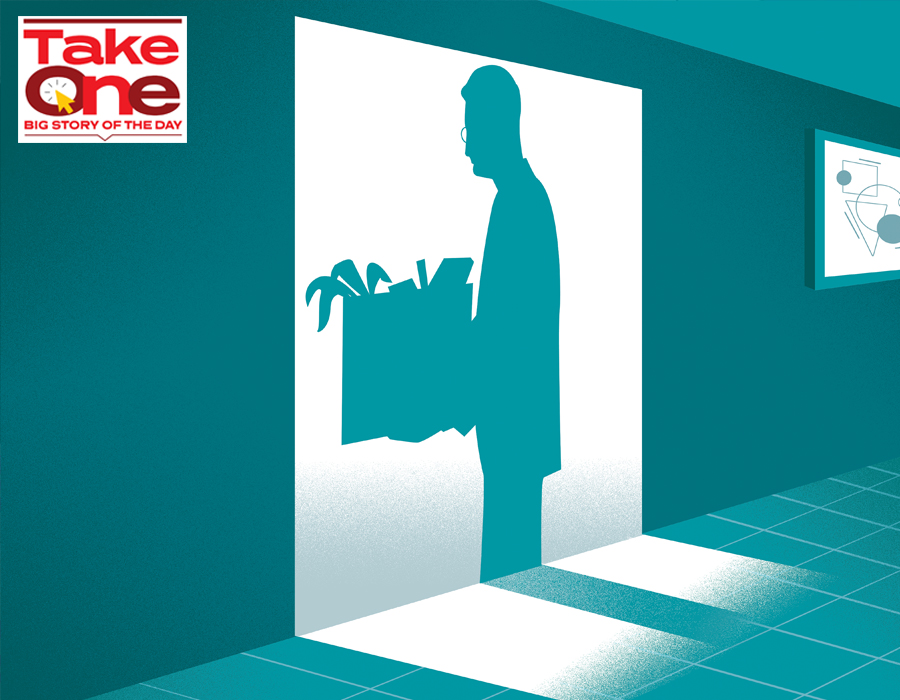 As the funding winter starts to get severe, startups who have enough money to survive the next 12 months have plunged into cash-preservation mode by undertaking a battery of measures, including the easiest option of layoffs. CFOs too find themselves in the firing line. Illustration: Chaitanya Dinesh Surpur

February 2021. “The market is loaded. What the heck are you doing,” a cofounder of a high-profile internet startup chided his Chief Financial Officer (CFO) early last year. The venture, which boasted marquee backers, happened to be one of the top beneficiaries of the pandemic tailwind, and was billed as a ‘soonicorn’—a startup with a potential to touch a $1 billion. “We raised money just a few months back,” replied the baffled CFO. “And we have enough fuel.”

The cofounder was not convinced. “I hope you are smart enough to understand that CFOs need to work closely with the founders,” he said. “Your predecessor perhaps didn’t realise that.” The CFO got the not-so-subtle message.  A few months later, a new round of funding takes the startup into the unicorn club, with a valuation comfortably over the $1 billion threshold. Another two months later, the CFO gets a call from one of the board members. “Go out in the market. Raise anew round at double the valuation,” was the diktat. “Are you serious,” exclaimed the CFO. “I mean it’s just two months since the last round!”

Now, it was the turn of the board member to inject some sense of ‘realism.’ “You know your rivals are raising money, don’t you? It’s a battle. We can’t be seen as losers.” Sure enough, another round of funding takes place, followed by yet another round happens towards the fag end of 2021. “Please don’t even mention the segment in which we operate,” the CFO requests this writer, adding that he raised the red flags with founders and other stakeholders multiple times. “I made it quite clear that the valuation that they got is insanely exaggerated,” he recounts. “We had huge holes in our armour.”

Sometime in August last year, another CFO was busy preparing a protection of a slightly different, and dubious, kind. “What you are asking me to do is to fudge books,” he said to the CEO, imploring him to have second thoughts. “No,” the CEO replied. “All I am asking you is to figure out how some portion of gross revenue can be shown as net. That’s it. Is that not simple accounting trick?,” he asked, underlining that the startup was still months, if not a year or so, away from going public. “We will cross the bridge when we come to it,” he said, alluding to cleaning the books ahead of the IPO.

Also read: How Startup CFOs And Finance Heads Are Emerging As New-age Strategists

Around the same time last year, another startup in a high-growth phase was putting pedal to the metal. “We need to be in as many cities as possible,” the cofounder of a heavily-backed consumer venture which had been skating on thin ice for a while. Though the startup got funding from deep-pocketed investors, it had shown negative fiscal discipline. Losses had ballooned as it kept burning cash to acquire new users. “Don’t worry about the bottom line,” he comforted his CFO who had pressed the panic button. The CEO tried to put the finance honcho at ease. “I know you are not used to startups and their business models,” he said. “Change your lenses. Loss is a way of life here,” he underlined, dishing out an iconic example. “Just look at Flipkart and get back to your work.”

Fast forward to December 2022. As the funding winter starts to get severe, especially for growth-stage ventures, a sea of startups faces the prospects of running out of ‘runway.’ And the ones who have enough money to survive the next 12 months have plunged into cash-preservation mode by undertaking a battery of measures, including the easiest option of layoffs. CFOs too find themselves in the firing line.

A CFO shares his plight. Last year, he underlines, the pressure was to raise money at all costs. This year, the pressure is to get the startup in shape. “First you make it obese. And now you hunt for bariatric surgery,” he rues. And, if the surgery goes wrong, the surgeon faces the flak.

Over the last few months, the startup ecosystem in India has seen a spate of CFO exits. Some of the high-profile ones have been at Nykaa CFO, Zomato (where the deputy CFO moved on) and CoinSwitch Kuber. Though the official reason for all exits is that ‘the CFO is chasing individual goals,’ and had ‘amicably parted ways,’ the not-so-official version for exits is a no-brainer. “Mostly the messengers get shot,” reckons Prashant Narang, cofounder of Agility Ventures, an angel investor network. CFOs, underlines the chartered accountant, are the first one to be blamed when things go downhill. “It’s not easy being a CFO.”

Agrees Ankur Sharma. “Like all CXO positions, the CFO’s is a hot seat but during tough times it gets hotter,” says the CFO of boAt. India’s hearable and wearable maker has deferred its public share sale plans and recently raised $60 million from private investors. The pandemic has changed the dynamics, and forced CFOs to tweak the way they operate. They are constantly revisiting profitability, efficiencies, assessing growth, and making decisions in uncertain environments. CFOs, Sharma explains, must raise flags regularly, and proactively monitor the situation. The quality of the relationship with the C-Suite requires a high degree of trust and being comfortable enough to point out uncomfortable truths. “We get the credit for good performance, so must live with the flak when things go south,” he adds. Ask him why CFOs are the easy targets, and Sharma gets into FIFA World Cup mode. “A Ronaldo or a Messi never gets benched for poor performance,” he smiles. “It's the manager or the midfielder who faces the music.”

“Booting out the CEOs or founders sends a signal,” reckons a venture capitalist, requesting to stay anonymous. The stakeholders, he explains, also have to manage the larger narrative in a positive manner. In a founder-centric world, most CFOs have to play by the script they are handed. “It’s still the founders and CEOs who call the shots,” he says.

Shriram Subramanian points out another unpalatable aspect of the financial world. “One expects too much out of the CFOs,” says the founder of InGovern, a corporate governance advisory firm. When a CFO is brought in by a growth-stage firm, the expectations are clearly outlined. First and the biggest is to put processes, governance and compliance in place, which have been strikingly missing for years. Second is to prepare the company to IPO in a few years. Third is to raise big money. And lastly, during tough times like the present ones, one expects the CFOs to achieve profitability almost overnight. “You want him to pull a rabbit out of the hat,” he says, adding that there are startups that have taken months, if not years, to file their financials. Some even never had a full-time CFO. “Imagine the pressure,” he says.

Narang of Agility Ventures, though, points out the silver lining. Despite CFOs having to live with the cross, there will always be takers for the sharp financial minds. If you want to build a sustainable business, then you must have them. “They might be the fall guys now. But remember, they are the ones you can safely fall back on during the good and the bad times.”