Health tech in a backpack

From standard vitals checks to early cancer detection in women, modern medical devices are becoming small and affordable enough to reach remote villages. With cloud connectivity and the internet, they are revolutionising health care delivery 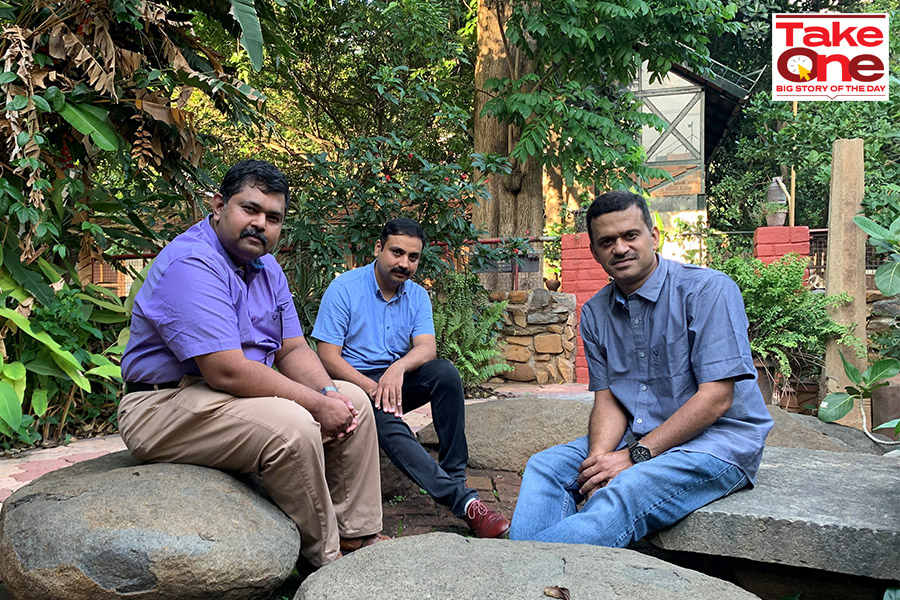 Amidst the turmoil of Covid-19, a quiet revolution is unfolding in India in sophisticated medical diagnostics—not just in terms of technology, but also affordable access to the masses. Over the last 10 years, especially, a small band of hardware makers has developed products that are small enough to be carried in a backpack, so that they can be taken to taluk-level hospitals and health centres, and eventually to remote villages. From monitoring basic vitals to early cancer detection, these devices have been put through enough iterations of product development so that they have are power-efficient and accurate enough to rival the expensive, and bulky machines that they will soon replace even in big hospitals in the cities.

With the advent of cloud computing and mobile internet, these devices are also able to send their data to the cloud with a basic cellphone connection, and in real time, so a highly qualified specialist in a large hospital can advise a general physician in a small health centre on what to do next with his patient.  Intelligent holters and more
Cardiac Design Labs in Bengaluru has developed ‘intelligent’ holter-based monitoring devices. It has also developed a long-term event monitoring patch that can help doctors diagnose heart-rhythm problems in patients. “We are taking these to the rural level,” Anand Madanagopal, founder and CEO of Cardiac Design Labs, tells Forbes India.  The company’s flagship product is the holter called Padma Vitals that works at ICU-level accuracy and can be used to monitor the heart, blood oxygen levels, body temperature and blood pressure. “All in a wearable device, as a simple chest belt, but at ICU quality and usable even in rural settings without the need for too much infrastructure,” says Madanagopal.  Cardiac Design also developed the machine-learning algorithms needed for the device in-house. The device was studied at Bengaluru’s Sri Jayadeva Institute of Cardiovascular Sciences and Research and found to be “very accurate”, claims Madanagopal. It has now been deployed in multiple hospitals and several governments are interested in it because it can also send its data from remote locations to larger hospitals with a simple internet connection and allow specialists to advice in real time. “We have even installed this in public health centres,” he says. “This helps triage a patient from within a small hospital or even an ambulance, and two or three people can come together to decide on the best course of action quickly.”  Taking into account the savings a patient will see by avoiding a two-day trip to a big city hospital, this device is now affordable enough to be used even more routinely as part of a general health check at a local hospital that’s nearest to the patient’s small town or village, adds Madanagopal.  Cardiac Design Labs was founded in 2011 and counts Hyderabad-based IT and engineering services company Cyient among its investors. The company won the grand jury prize at Google’s Launchpad competition in 2016. It went commercial in January 2017, four years after developing its product.  Madanagopal is now ready to market these products at a much larger scale. “Once we scale in India, we will start taking them to international markets as well,” he says. India is emerging as a hub for products like this and even people overseas are expecting to see such technology to come out of India, he adds. “We are right round the corner of the place where we should be.”  Changing the health care paradigm
At Neurosynaptic Communications, Sameer Sawarkar, who had worked with Motorola earlier, started out with the idea that technology was the answer to bridging the gulf that separated doctors in the city and patients in the villages who needed them. “That initial thought process was naive,” he recalls about the early years of the company, which he co-founded almost 20 years ago. Tech was, of course, part of the answer. Other problems like medicines not being available couldn’t be solved with just tech. So, in the last 20 years, Neurosynaptic Communications evolved from wanting to provide a simple telemedicine solution—launched in 2005, which could work with a low bandwidth connection—to a sophisticated data-driven, cloud-connected platform so that “a new health care paradigm” can be developed, Sawarkar tells Forbes India.  Along the way, the company found both investment and a strategic partnership with e-Zest Solutions, a Pune-based tech services company. It also sought collaboration from the department of biotechnology and today offers a comprehensive set of remote point-of-care diagnostics tests that can be administered by a health worker.  The company now makes and supports a wide range of medical devices, but also, on the software side, offers a cloud-based platform that can support comprehensive health care delivery programmes, which could even be large scale implementations across multiple districts or even multiple states. This, therefore, includes even software for billing and inventory management of medicines, for example. Much of this is supported on the mobile phone and the solution supports medical devices from other companies as well. So far, 11 companies have partnered with Neurosynaptic Communications, whose devices are supported by its cloud software. To date, the company has established more than 2,600 telemedicine centres, mostly in India, where it has touched 12 states under various programmes, but also in 12 other developing countries—in Southeast Asia and Africa. 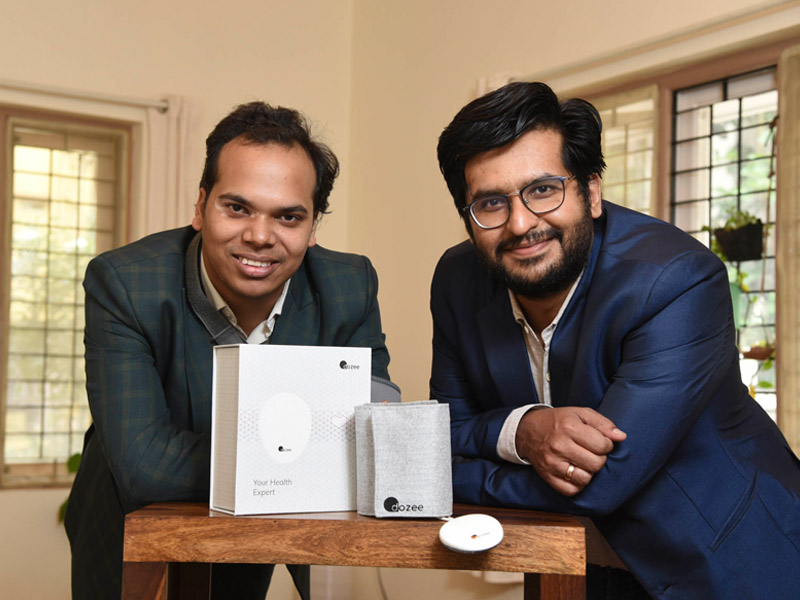 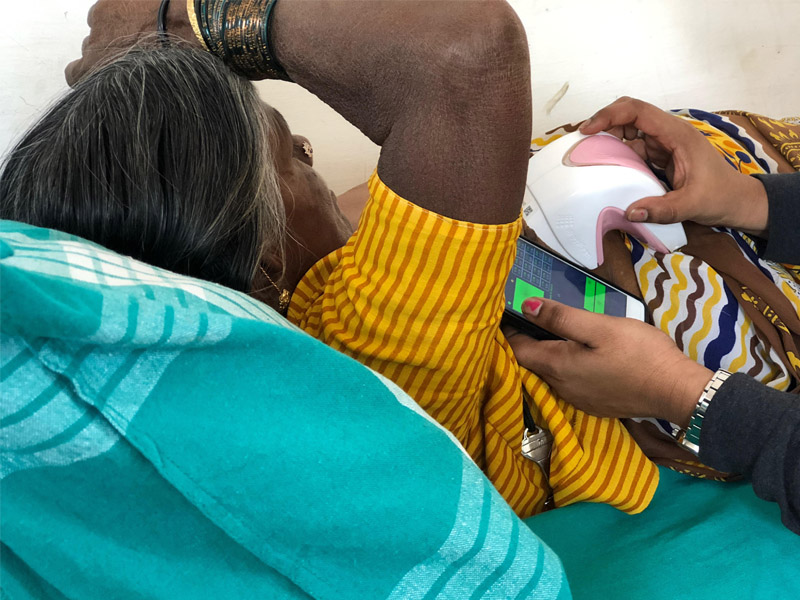 iBreastExam by UE LifeSciences. The hand-held, battery-powered breast scan device called iBreastExam is a non-invasive, radiation-free point-of-care wireless device is user-friendly enough to be operated in primary health centresiBreastExam and cervAIcal
Early detection was also the challenge that Mihir Shah decided to tackle when he realised that cancer survival rates in the developed economies were much higher than in India and other emerging economies where people didn’t have easy or affordable access to diagnostics.  For close to 10 years, Shah, who is founder and CEO, and his two co-founders at UE LifeSciences, an Indo-American venture, have been working to change that. They seem to have made significant strides. By 2015, they had developed a hand-held, battery-powered breast scan device called iBreastExam. Today, the commercial version also has a mobile app that accompanies it.  The non-invasive, radiation-free point-of-care wireless device is user-friendly enough to be operated in primary health centres. In India, an iBreastExam scan today costs about as much or even less than an average doctor’s visit, he says, adding that they have achieved this in partnership with various NGOs.  “It’s conducive for use in rural areas in India and other low and middle income countries,” he tells Forbes India. Even in the hands of a lay user, the device is equally effective and in some cases, more effective than a specialist as an early detection system, he says. Seven independent studies proved the device’s usability and effectiveness, including a recent study at Memorial Sloan-Kettering Cancer Centre, one of the world’s leading cancer hospitals, he claims.  “Now we are scaling in multiple markets where the device is being evaluated for large-scale deployment,” says Shah. The devices are now in 10 countries, where it has won regulatory approvals, including in the US and Europe. More than 400,000 women have been examined with this device to date and over a million women will soon be receiving the test, he adds.   In India, UE LifeSciences has done extensive work with the device, he says. The scans have been administered to over 100,000 women in Maharashtra in collaboration with the state’s ministry of health education.  On the commercial side, Shah’s venture has heavyweight partners, including General Electric Corp, which entered into an agreement with the startup a few years ago to market the devices in over 25 countries, raising the chances of large hospital chains and diagnostics labs adopting the devices. UE LifeSciences has received $1.7 million in grants and raised $4.5 million in funding from investors, including Unitus Seed Fund, an impact funding venture capital firm in India, biopharma company Biocon’s founder Kiran Mazumdar-Shaw and Ranjan Pai, managing director of the Manipal Group—in their personal capacities.  The venture has now developed its next product as well—cervAIcal, which combines a high-resolution camera and software that can be installed on a smartphone. Again, its portability and ease of use makes it an ideal device to check women for cervical cancer.  The affordability of smartphones with fairly high processing power also helped UE LifeSciences to move away from selling expensive devices to a pay-per-use business model, which will help in taking the devices to more hospitals, clinics and health centres. UE LifeSciences has also a built a cloud-based dashboard that gathers every breast exam done using its devices onto a single repository. This enables health systems to see heat maps of demographics suffering from cancer, which in turn help with follow-up actions to increase adherence to treatment, Shah says.  The cloud-based analytics also helps with identifying problems that might have been missed at the point of care, and also in improving how health workers use the devices. “The vision is that, what if, in a single visit, we could analyse for 50 percent of all types of cancers that were common in women,” he says.  With iBreastExam and cervAIcal, UE LifeSciences has covered two of the most common ones among women. And the company is working on a “stealth project” which Shah says will have a large, global impact.