A healthy harvest season, better MSPs for crops and expected spending by the government in upcoming Budget are a few factors that may lead growth in the rural consumer segment 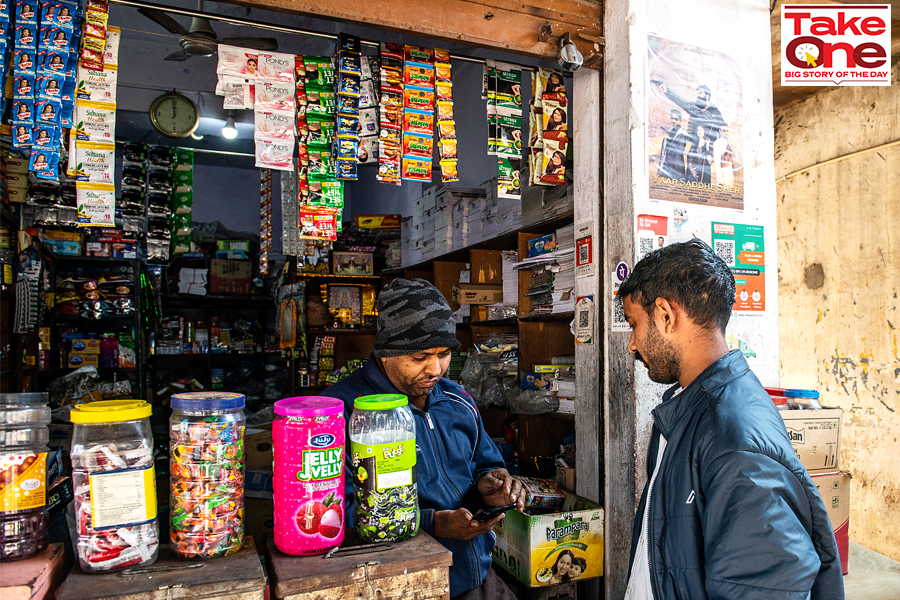 The slowdown in rural demand is expected to gradually recover but the pain is likely to persist somewhat, with consumers still cautious before buying a staple or a discretionary item. As consumer demand in the urban sector continued to grow despite inflationary pressures and price rise of products, while rural took a drastic hit, analysts expect the growth divergence to start narrowing. A full recovery in rural demand may still be a far cry, but there are visible green shoots. A healthy harvest season, better minimum support prices (MSPs) for crops and expected spending by the government in Union Budget ahead of general elections next year are a few factors that may lead growth in the rural consumer segment.

“As per our rural channel checks, the slump in rural demand is gradually ebbing as cashflows improve with the sale of Kharif crops and the impact of erratic, unseasonal rains is not as threatening as initially perceived. The Covid-19 hangover on consumer sentiment is progressively easing, with expectations of a good Rabi crop and elevated crop prices propping outlook,” says Garima Kapoor, economist-institutional equities, Elara Capital. Kharif crops, also referred to as monsoon or autumn crops, are cultivated during rains and harvested latest by January.

Cashflow improvement in rural economy, post-Kharif harvest and the revival of unfettered celebration of marriage season after two years of Covid restriction are likely to aid nascent recovery in rural demand. “Expect the Rabi crop to be buoyant amid good water reservoir level and high soil moisture content. We anticipate the relative outperformance of urban India to pare in the coming quarters amid steady improvement in rural demand. Expect this trend to gather traction in FY24,” Kapoor adds. Rabi crops, also known as winter crops, are typically sown in winter and harvested in May.

The government is also estimated to increase spending towards rural India as a run-up to the general elections in mid-2024 , bolstering growth in consumer demand. 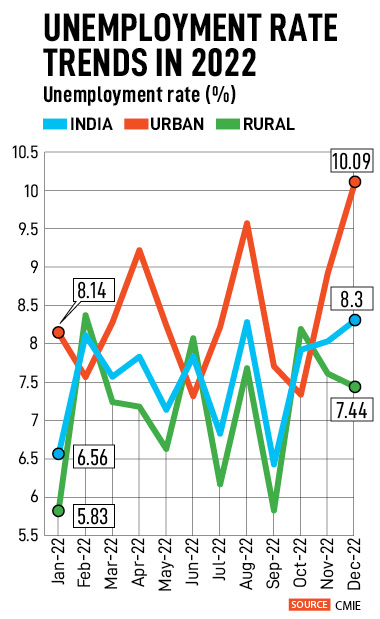 The harsh second wave of Covid-19 and the sharp rise of product prices even in staples like biscuits and milk led to a massive decline in demand in rural areas—the demand remained tepid due to continued inflationary pressures on consumers’ wallets, resulting in downtrading to smaller packs/brands (especially in discretionary categories).

A sharp price rise in many commodities due to the Russia-Ukraine war led to a surge in inflation for manufactured and agriculture products. The erratic monsoons and weak distribution of rains delayed harvest for many crops, hence, realisation or sale for farmers was post the festive season, dampening the usual festive season spending. Wage growth in rural areas also declined as informal jobs are shrinking—this hit rural demand while urban grew at a moderate pace.

An analysis of the December quarter results of FMCG major Hindustan Unilever (HUL), which draws a major chunk of its revenue from the rural segment, may be an indicator of the visible green shoots. While rural recovery and commodity cost declines are taking longer than expected, the management of HUL believes the worst is over and HUL will be a clear beneficiary on both fronts.

“Rural was better in the December quarter compared to the previous three months. The rural slowdown seems to be bottoming out, but growth needs to be observed. High rural inflation persists. MNREGA benefits need to be closely monitored, as do eventual Rabi harvest realisation and monsoons in the next six-seven months. On rural recovery and commodity cost reductions (commentary on both is gradually getting better), we believe HUL will get back to the mid-to-high teens earnings growth trajectory it exhibited for the four years before Covid,” says Krishnan Sambamoorthy, research analyst, Motilal Oswal Financial Services. 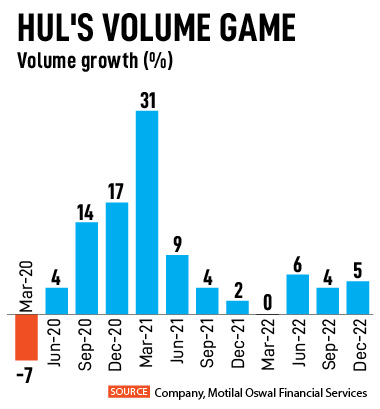 HUL reported a growth of 16.2 percent in net sales, 7.9 percent gain in Ebitda and 12.6 percent rise in adjusted net profit in the December quarter. Overall, the volume growth of HUL was 5 percent in the third quarter of FY23. “The management alluded to rural slowdown likely bottoming out but didn’t sound too convincing about growth acceleration being around the corner, in our view. A lot of the hopes are still pinned more on government actions and macro rather than on factors that HUL would drive on its own,” said analysts at JM Financial. Though raw material inflation has eased a bit, prices of key input products like soda ash, barley and skimmed milk powder are still high.

Analysts at Nomura expect rural demand to see improvement only by the January quarter, bolstered by harvest season and better MSPs. However, the demand in premium discretionary categories is likely to remain intact and see a lower impact in demand for upper-income consumer segments supported by continued momentum across modern trade and ecommerce platforms.

A look at commentary by Dabur and Marico may still paint a blurry picture for rural demand. Dabur India, in January, said it witnessed  pressure  on consumption across categories due to the continuous challenges in the rural market on the back  of  higher  inflationary  pressures;  however  early  signs  of  recovery  have  been visible. “The demand trends for the industry remained weak during Q3 FY23 with rural markets continuing to remain under pressure. This was further accentuated by the late onset of winter in north India. However, early signs of moderate recovery were visible towards the latter part of the quarter coupled with some abatement in inflation. The improving macroeconomic environment, positive steps being taken by the government and the expected stimulus of the upcoming Union Budget should help speed up the recovery of the industry,” Dabur said.

However, organised channels of modern trade and ecommerce continued to report double digit growth for the company. Dabur expects rural markets to show early signs of recovery towards the end of the quarter and could be further bolstered by the upcoming harvest season, MSPs and expected spending by the government.

“During the quarter, the sector witnessed some improvement in demand, which was more visible in specific categories buoyed by the festive fervour and oncoming winter season. Urban and premium categories have maintained their steady pace of growth. However, recovery in rural demand was not as discernible as retail inflation stayed at elevated levels. Easing of commodity inflation, higher crop realisations, ongoing government interventions and likely stimulus from the upcoming Union Budget augurs well for the sector in the forthcoming calendar year,” said Marico. Both Dabur and Marico are yet to declare their December quarter results.

As companies are pinning hopes on the government to announce measures in Union Budget to boost growth in rural spends, analysts feel there is limited room to expand in the fiscal, but as a precursor to the general elections next year may see some allocations there.

Also read: How to reshape the future of Indian agriculture

“The pace of rural recovery, outcome of the Union Budget in February and rupee depreciation are key variables to keep an eye on. Further, ad spends are expected to pick up further in FY24 as product launch initiatives accelerate. Improving product mix and easing inflationary pressures would help drive margin improvement in FY24 for most companies. While international segments across companies continue to do well, rural India could recover only in FY24,” says Abneesh Roy, executive director, Nuvama Institutional Equities.