High inflation, decline in wages and uneven rainfall have put a damper on rural demand 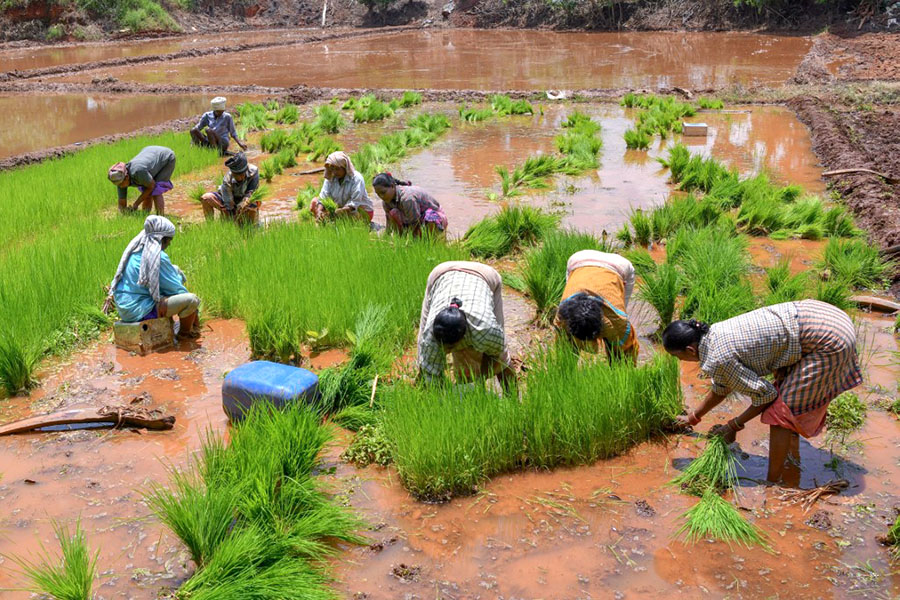 Rural inflation has been higher than urban inflation for over a quarter. Image: Manjunath Kiran / AFP

The rural economy contributes around 30 percent to domestic Gross Domestic Product (GDP) and India Inc is hoping for a strong revival in the rural sector after months of lacklustre consumer demand. “Demand revival has been uneven so far with high rural inflation, uneven rains and muted rural wage growth weighing on rural demand,” notes Rajani Sinha, chief economist, Care Ratings.
Rural inflation has been higher than urban inflation for over a quarter, and leading FMCG companies have been struggling with margins in a bid to arrest the steady decline in volume growth. Despite bountiful harvest over the past two years, the rural economy has been under duress because the manufacturing and service sectors—comprising nearly half the rural GDP—have been undergoing several challenges and structural shifts.

A slowdown in rural infrastructure spending has squeezed the demand for labour and is one of the reasons for the decline in rural wages. Furthermore, the uneven distribution of rainfall has led to a shortfall in sowing of crops in several regions and this is likely to put pressure on farm income. For example, parts of Bihar, Jharkhand and Uttar Pradesh are slipping closer to the possibility of a famine if rains don’t pick up in September. A drop in agricultural output will add to rural woes in the coming months.
“The harvest will definitely be lower, but how much lower we don’t know,” says Madan Sabnavis, chief economist, Bank of Baroda. “We will get a sense of the real impact on farm income when the final (agricultural) output data comes in October onwards,” he adds.Also read: Monsoon 2022: Will uneven rains worsen inflation woes?
This is a concern for FMCG companies looking to boost sales during the upcoming festive season. However, there are several variable factors in play, and the current situation is dynamic as it can quickly evolve if the situation turns. For instance, over the next few weeks if the sowing deficit narrows, and if the government increases capex, it will help improve consumer sentiment.Also read: Why the RBI mustn't take its eyes off inflation yet
An upbeat mood will spur spending and boost rural demand for tractors, two-wheelers, and other consumer goods and services. But rising interest rates could be a dampener. “Growth recovery is not so strong in India. It ideally implies that monetary tightening should not be very aggressive. However, it appears that the terminal repo rate will be 5.75-6 percent in this cycle with 1-2 more rate hikes, ending the cycle in December 2022,” says Nikhil Gupta, chief economist, Motilal Oswal Financial Services.

Tweets by @forbesindia
Festive season demand for home appliances, white goods subdued in H1 2022; likely to pick up in H2
Cryptocurrency sceptics look to bend the ear of regulators