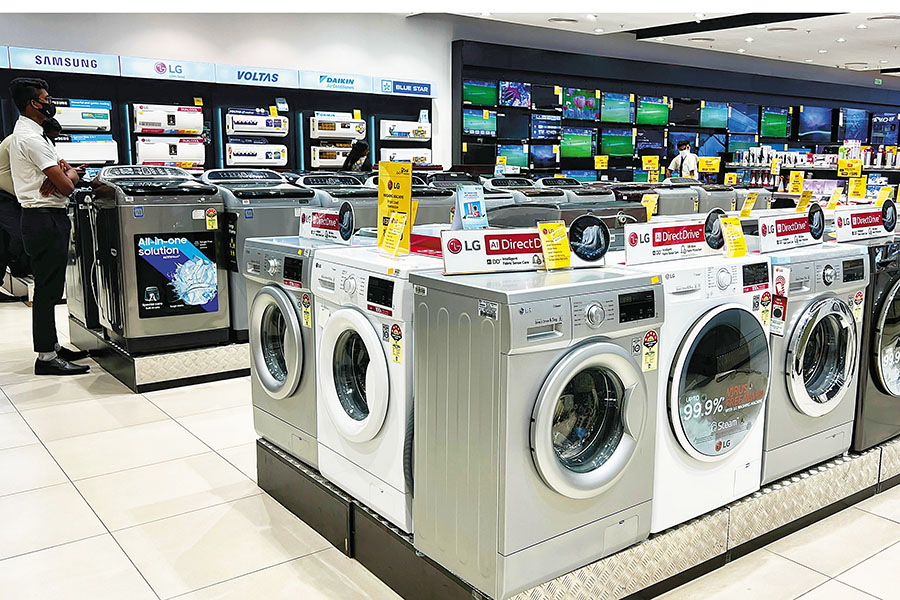 The demand for home appliances often escalates during the festive season, though factors such as inflation and discretionary spending impact retail buying. A dipstick for this segment shows that while demand has improved year-on-year from a low base last year, sales in the second half of the year are expected to be better than the first half.

Godrej appliances, in the current financial year, is close to 50 percent value growth in comparison to the same period last year. “We anticipate that the mass segment consumers who have been postponing purchases will come forward during festive and expect some improvement in discretionary spending towards appliances,” says, Kamal Nandi, executive vice-president and business head of Godrej Appliances, a business of Godrej & Boyce.

Nandi admits that inflation did affect consumer sentiment in the mass segments, but there has been growth across the premium product segments. “Segments like frost-free and fully automatic washing machines are showing strong growth, apart from other categories like deep freezers,” he says. Godrej Appliances is targeting 80 percent higher turnover over last year on the back of multiple new launches lined up from September onward.

In the furniture space, a Godrej Interio spokesperson says the company is seeing “uplift” in demand across categories like home furniture, storage, kitchens, and mattresses.
Air coolers manufacturing leader Symphony – which has a presence in 60 countries – has already recorded its highest ever standalone and consolidated Q1FY23 (April to June) sales, of Rs329 crore. About 57 percent of these were through domestic sales while the balance was from overseas.

“Real festive is yet to pick up but we are seeing good traction from our retailers,” says Rajesh Mishra, president, sales and marketing of Symphony India. He added that retailers’ offtake has increased, and in 2022, they have been able to sell of nearly all (less than 10 percent) of their inventory of coolers.

Symphony’s Chairman and Managing Director Achal Bakeri, in the company’s July 26 analysts’ earning call, said he expects the company to “revert back to its historic growth trends” by the end of the [fiscal] year. The company expects good traction for its coolers and the newly introduced portable tower fans.

Abhijit Akella and Prasenjit Bhuiya, analysts at Kotak Securities, in an August 26 report, observe that “demand remains subdued in the mass segment, whereas premium categories are doing relatively better. The industry is hopeful of a festive season-led boost to demand.” Washing machines and LED TVs are faring well, refrigerator sales have also picked up, but air conditioner sales have softened, consistent with typical seasonality, they said.