Fiscal deficit: Will the gap remain higher for longer?

India has thus far remained a bright spot in the global economy but worries for India include core inflation remaining entrenched at 6 percent, pressure on fiscal deficit, and high current account deficit 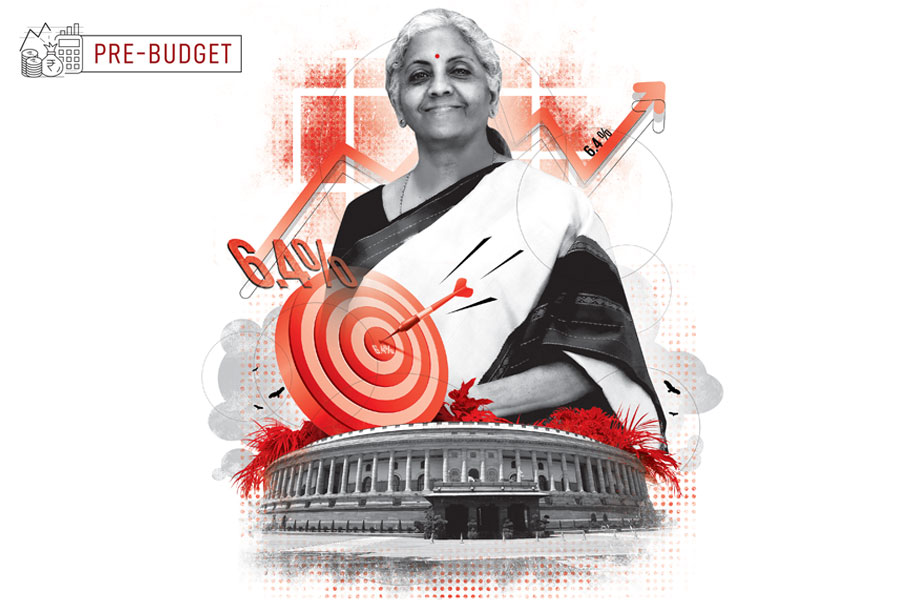 In such times of financial tightening and record-high levels of inflation, amid rising geopolitical uncertainty, India is being seen as a bright spot and the fastest growing major economy. It is against this backdrop that Minister of Finance Nirmala Sitharaman will roll out Budget 2023 Photo Illustration: Chaitanya Dinesh Surpur

India stands at an interesting juncture of threats and opportunities in a volatile global economy, which is grappling with the challenges of a slowdown in one-third of the world. In such times of financial tightening and record-high levels of inflation, amid rising geopolitical uncertainty, India is being seen as a bright spot and the fastest growing major economy. It is against this backdrop that Minister of Finance Nirmala Sitharaman will roll out Budget 2023.

The past one year has seen the domestic economy perform relatively better in comparison to global peers. So far it has been fairly resilient to global headwinds but, of course, it has not been unaffected by the storm: The rupee declined nearly 10 percent against the US dollar in CY22, the repo rate rose by 2.25 percent to 6.25 percent in the previous calendar year, and retail inflation averaged above the Reserve Bank of India’s (RBI) comfort level at 6.2 percent.

The rising cost of oil (mainly in the first half of CY22) and capital adversely impacted India’s current account deficit, which widened to a nine-year high of 4.4 percent in the September-ended quarter.

Relli believes the fiscal deficit is unlikely to return to prudent levels after the Covid breach. In response to the unprecedented coronavirus pandemic, the government had raised its FY22 fiscal deficit target to 6.9 percent from 3 percent. The actual fiscal deficit stood at 6.7 percent for the same period. In focus is the country’s roadmap for fiscal consolidation as it tries to narrow the shortfall and attain its target of 4.5 percent in FY26.

A top-of-mind question for investors is whether the fiscal deficit will remain higher for longer. Most economists and analysts Forbes India interacted with expect the government to meet the FY23 target of 6.4 percent. They project fiscal deficit between 5.8 and 6 percent for the next fiscal year. But this will not be easy. The General Elections in May next year and the government’s focus to bring the economy back on the fast-growth track will be critical. 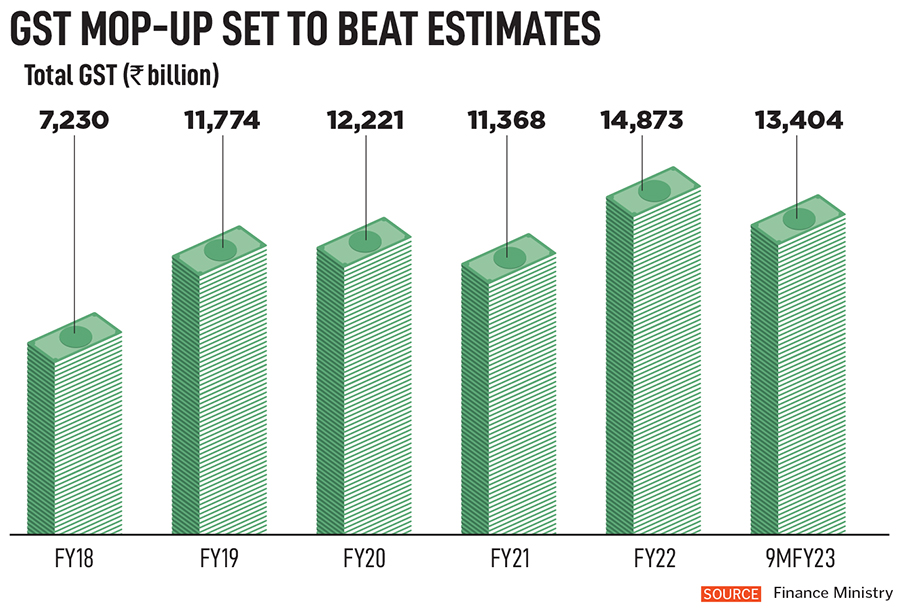 In an attempt to support the nascent signs of recovery in some sectors, the government loosened its purse strings despite rising debt. The Centre and states’ debt-to-GDP ratio stood at 83 percent last year versus 75 percent in 2019. Moreover, the government’s gross and net borrowing stands at ₹14 lakh crore and ₹11 lakh crore respectively in the current fiscal year. Economists say government borrowing is likely to remain elevated at similar levels in FY24.

Furthermore, Parliament paved the way for the government to procure an additional ₹3.25 lakh crore to finance several welfare projects, including the extension of free ration till December 31, along with higher spends on fertiliser subsidies, one-time grant to public sector oil retailers to make good their loss on LPG sale, sops under the production linked incentives (PLI) scheme, and fuel tax cuts.

In absolute terms, it is possible that the fiscal deficit will be marginally higher than 6.4 percent due to the additional cash outgo on social welfare-related schemes, including subsidies. Yet, some economists are confident that nominal GDP will be better than anticipated.

“We expect the total receipts of the Union government in FY23 to exceed the budget estimate by an aggregate of ₹1.5 lakh crore. Based on this, we estimate the extent of overshoot in the fiscal deficit at around ₹0.8 lakh crore for FY23. As a proportion of GDP, fiscal deficit in FY23 is unlikely to exceed the FY23 Budget estimate of 6.4 percent on a higher nominal GDP vis-à-vis the budgeted figure,” says ICRA’s chief economist Aditi Nayar.

Also read: Is 6% growth possible? Nirmala Sitharaman has her work cut out

According to government data released on December 30, between April and November, the Centre’s fiscal deficit widened to ₹9.8 lakh crore, or 59 percent of the Budget target for FY23. This was mainly because of a 63 percent jump in capital expenditure and an 11 percent increase in revenue expenditure. There was an 11 percent contraction in non-tax revenues and a moderate growth of 8 percent in net tax revenues.

“Revenues are likely to be far better than budgeted. For the first time in a long while the government has the flexibility to manage its fiscal position with room to consolidate. But I think it will stretch spending to boost growth,” says Pankaj Pathak, fund manager, fixed income, Quantum AMC.

On balance, Nayar expects the Centre’s gross tax revenues in the current fiscal year to exceed the Budget estimate by ₹3.1 lakh crore. “We estimate that ₹3.8 lakh crore remains to be disbursed to the states in the last four months, which while substantial, is nearly ₹1 lakh crore lower than the transfer in the corresponding period of last year, and this offers a cushion in the remainder of this year,” she adds.

Also read: Snapshots of the global economy going into 2023

Suvodeep Rakshit, senior economist, Kotak Institutional Equities, expects tax revenue growth to be moderate as nominal GDP growth slows to 10-11 percent from 15-16 percent in FY2023E. “Overall, we do not see space for the government to increase revenue expenditure substantially if it continues to target a high capex growth. If the government sticks to its medium-term target of reducing fiscal deficit to around 4.5 percent by FY26, a substantial consolidation should be under consideration in FY24,” he adds.

India recorded a GDP growth of 13.5 percent in the second quarter versus 4.1 percent in the previous quarter. This was driven by pent-up demand in the services sector, following the reopening of the economy. Many economists have cautioned India’s growth rate cycle has peaked and a broadbased slowdown is underway. Brokerage firm Nomura expects real GDP to decline from 6.8 percent in 2022 to 4.7 percent next year. This can potentially derail the fiscal math.