Rahul Garg and Moglix: On a mission to impact 100 million lives by 2030

Soon after Moglix became a unicorn earlier this year, Garg founded the Mogli Foundation to impact lives by investing across health care, livelihood and environment 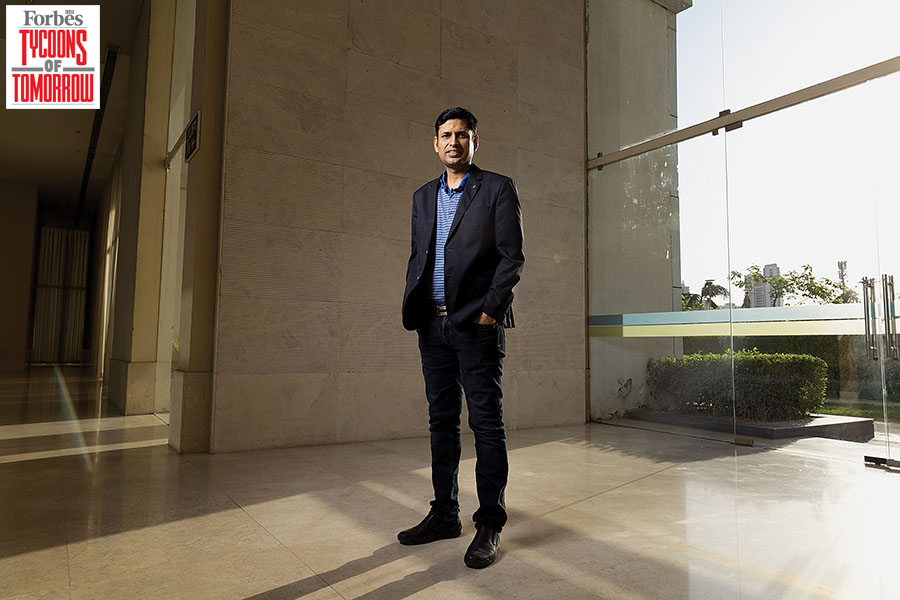 “We want to now become the front and centre of everything manufacturing, procurement, and everything related to supply chain finance” - Rahul Garg, Founder, Moglix ; Image: Madhu Kapparath

Rahul Garg is raring to go. And he wants to do it quickly.
That’s why just a few months after his company Moglix became a unicorn, Garg set up the Mogli foundation, which will work with organisations to bring innovations in areas as diverse as health care, environment and livelihood in the country. The idea came largely from his own experience in India’s fight with the second wave of Covid-19.
Earlier this year, Garg and his team at Moglix had begun working with manufacturers of oxygen concentrators in India, while also sending charter flights to China and Germany to procure concentrators. The company has procured some 6,000 oxygen concentrators, which Moglix has been selling to corporate and industrial houses in the country. They, in turn, have been giving them to their employees on a group-sharing model, based on a template developed by Garg and Moglix. 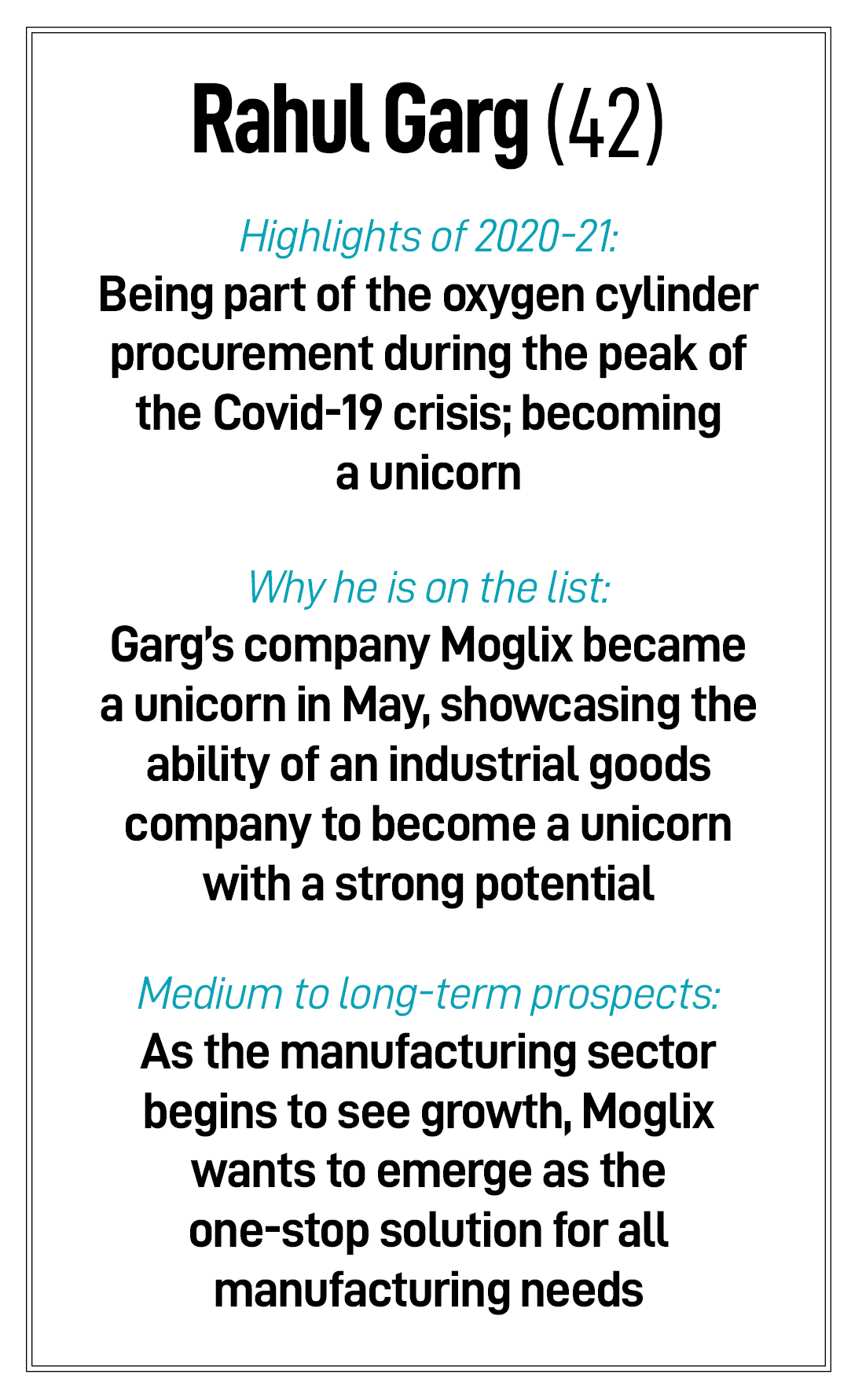 “In the last 12 months, we have realised that we can’t always react to the fire as we saw with the second wave of Covid-19,” Garg tells Forbes India. “Hospital beds were falling short, and we did not have ventilator capabilities in the country. We wanted to make a more sustained effort to ensure that it doesn’t happen again.” Among others, the foundation is working with Nocca Robotics to stockpile ventilators.
“It’s still very early days and I think the idea is can we impact 100 million lives by 2030 in a positive manner across health care, environment, and livelihood,” Garg says. “We have realised there is a larger purpose and larger objective that you can, as an organisation, have to create impact.”
Perhaps taking on challenges has come naturally to him. While numerous entrepreneurs chased the lucrative business-to-consumer segment as India’s startup boom began sometime after 2010, Garg had seen an opportunity elsewhere in a segment many had stayed out of. Six years later, he has built an unlikely unicorn out of a business that is essentially an ecommerce platform for industrial tools and equipment used largely by businesses for their needs. Over the past few months, the company has also launched Credlix, a supply chain financing platform for suppliers and manufacturers, which he reckons will do over $1 billion transactions in one year.
“I think online to offline continues to grow in ecommerce,” Garg says. “Obviously ecommerce is not increasing at the pace edtech might have grown, but I think it continues to have a lot of tailwind around it. There is also a lot of chat around how India’s role in manufacturing has changed globally.”

India’s ecommerce B2B market is currently pegged at $1.7 billion, according to a report by consultancy firm RedSeer. It is expected to grow at an 80 percent compound annual rate (CAGR) to reach $60 billion by 2025. By comparison, the B2C ecommerce market is currently worth some $18 billion and is expected to grow at 40 percent CAGR. The country’s offline B2B market itself was estimated to be worth some $700 billion in 2018-19.
“We want to now become the front and centre of everything manufacturing, procurement, and everything related to supply chain finance. So I think that’s a clear sort of evolution for us becoming stronger,” Garg says.

The company has already launched operations in the UAE, a market it is now bullish on. It works with over 500 global enterprises to streamline their procurement and supply chain at more than 3,000 plants across infrastructure, metals and mining, oil and gas, chemicals, pharma, auto, and FMCG, among others. In addition, it also boasts a supply chain network of over 16,000 suppliers and over 35 warehouses.
"There is a massive opportunity in the manufacturing sector, and we are still scratching the surface. I think there is a clear 10x growth from here,” Garg says. “And we continue to look at various means of investing into infrastructure, capacity and technology as well as continuing to educate the market on building on something which I think is a unique capability of India.”
Garg knows the opportunity is massive, and he is only getting started.

Tweets by @forbesindia
Will shortened isolation periods spread the virus?
The life of a genius: A talk with Barbod Masoumi