A B2B ecommerce platform for industrial products, nearly 65 percent of Moglix's business comes from Tier 2 and Tier 3 towns in the country. Subscribe to Forbes India to read the cover story 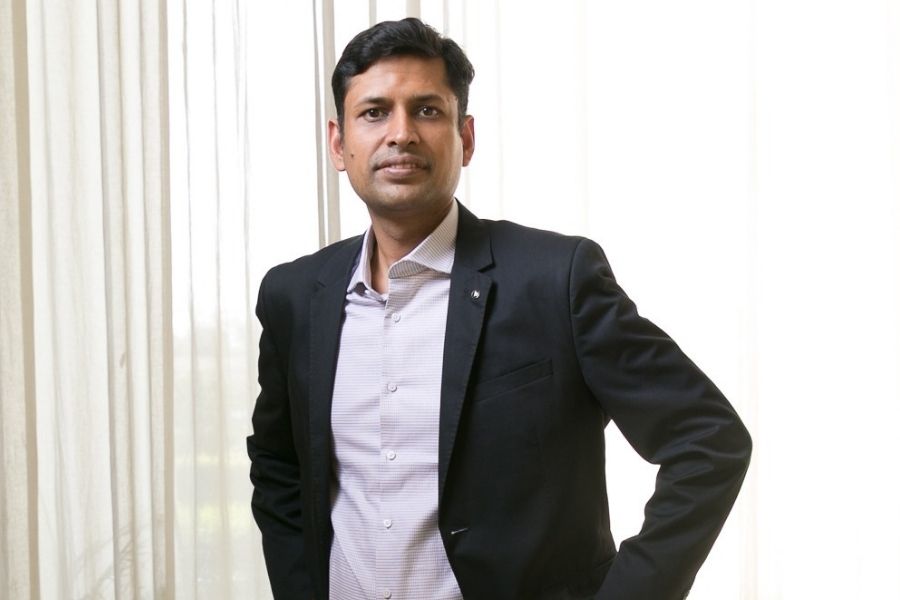 It’s been a year of unicorns in India.
Since the year began, albeit on a rather gloomy note amidst a second wave of Covid-19, as many as 13 unicorns have been born in the country. Together, they have raised nearly $10 billion between them in the five months of 2021.
Amongst them is six-year-old Moglix, a rather unlikely unicorn amongst others such as messaging bots startup Gupshup, social commerce startup Meesho, fintech startup Cred, and online investment platform Groww. Moglix, started by Rahul Garg is 2015, is a Noida-based industrial business-to-business marketplace in India, that is essentially an e-commerce platform for industrial tools and equipment, used largely by businesses.
Moglix, helps over 500,000 small, and medium-sized businesses and some 3,000 manufacturing plants across India, Singapore, the UK, and the UAE in their procurement for industrial goods. In addition, the company also offers an end-to-end procurement solution including resource planning and financing, while also helping with the maintenance, repair, and operations supplies. Among others, the company counts Hero MotoCorp, Vedanta, Tata Steel, Unilever, and Air India, and NTPC as its customers.
On May 17, the company became India’s latest unicorn, after it raised about $120 million in Series E funding. Its backers include London-based hedge fund Falcon Edge Capital, Accel, Sequoia Capital, Tiger Global Management, Ratan Tata, and Jungle Ventures. In all, the company has raised $220 million so far.
“I wanted to transform the B2B e-commerce space because I felt that with the kind of changes that were happening in the B2C segment and with manufacturing infrastructure being the core part of the Indian economy, there was an opportunity in procurement, supply chain, and technology,” Garg told Forbes India. “For manufacturing to become a trillion-dollar economy, we need to reimagine and reconstruct this entire distribution. And that's what we set out to do”
But, it’s truly the past few months that have really come to redefine the company, and its relevance in the country. As the Covid-19 crisis in India took a turn for the worse, particularly in New Delhi, Moglix played a critical role in helping meet the rising demand for oxygen at a time when the national capital was gasping for it as even hospitals ran short of beds, exposing serious inadequacies in India’s health infrastructure.
“Each one of us has lost someone close to us, and it's been very painful,” Garg told Forbes India. “When you lose people so young, it is very tough. We knew we had to act. I was getting so many calls for oxygen concentrators and beds.” Much of those requests came his way largely because his six-year-old startup, Moglix, was instrumental in ramping up PPE kits and N95 masks supply across the country during the first wave of Covid-19 in 2020. “We work with the largest of manufacturing houses, and the first thing we did was to go after fixing the oxygen problem this time.”
Over the next few weeks, Garg and his team at Moglix began working with manufacturers of oxygen concentrators in India, while also sending charter flights to China and Germany to procure the concentrators. Since then, the company has managed to procure some 6,000 oxygen concentrators, which Moglix has been selling to corporate and industrial houses in India. They, in turn, have been giving them to their employees on a group sharing model, based on a template developed by Garg and Moglix.
“We have probably touched half a million lives through oxygen concentrators,” Garg says. Once a concentrator was purchased, employees could use them on a rotational basis, ensuring its availability, especially at a time when they were in severe shortage. “We had created a template on the sanitization, delivery norms, and the standards of operating procedure for the concentrators.”
Today, Moglix is part of a consortium of ten manufacturers that have come together to ramp up oxygen concentrators, to make India self-reliant in the segment. “I think this issue of oxygen concentrators will be a done and dusted problem by June and or July unless something else comes up in few months. At least we'll not be solving this same problem again.”
Solving problems is something that has come naturally to Garg all his life and continues to remain at the centre of his entrepreneurial journey. So how did he build Moglix into a B2B powerhouse, that has the potential to redefine the B2B e-commerce business in India and in the process become the “Chawri bazaar” of the online world? With 80 percent of its products manufactured in India, can it give a fillip to the country’s manufacturing sector? Can he take on the competition? And, how big is the revenue opportunity in front of Garg?
Subscribe to Forbes India’s new digital, print, or print-and-digital plans for the full cover story and the latest from Forbes India. To subscribe today, click here, or on the image below. 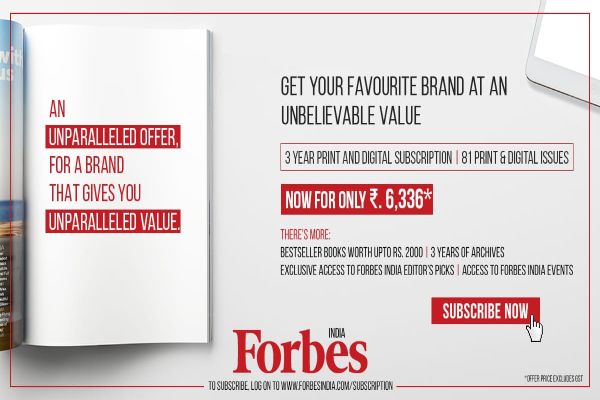