Unveiled: Why Ajay Piramal Pulled The Plug on Indiareit Deal

Contrary to media speculation, it was neither about valuation nor about boosting Piramal’s own real estate business 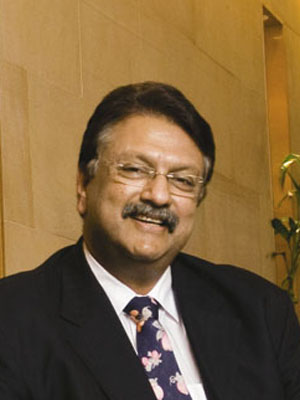 Image: Dinesh Krishnan
Ajay Piramal
Just a month ago, it looked like a foregone conclusion that the Religare group would buy out Indiareit, a real estate venture fund owned by the Piramal group. Ajay Piramal, chairman of Piramal Enterprises, wanted to focus on real estate development and Malvinder and Shivinder Singh of Religare were looking to diversify their funds business.

And then, just when everyone was expecting the deal to be announced, it emerged that it had been called off. A section of the media speculated that Piramal wanted the fund to invest in his own projects, but the truth was unknown.
Here is the full story: Piramal waited for over six months for Religare to make up its mind on the deal and when the buyers kept postponing the final sign-off, he lost his patience and called off the deal.
Clearly, Indiareit is a trophy asset. It was one of the top performing real estate funds in the country and is one only five funds out of forty six in the country that has made any money .
Religare, on the other hand, does not have a real estate fund in its portfolio and was looking to add one.
Why did Piramal want to sell it in the first place? The answer to that is fairly straightforward. Last year, as he entered the real estate business, he wasn’t very comfortable with the conflict of interest that managing a realty fund and real estate business would bring about. Hence the decision to sell. As an industry insider says, “It was in keeping with his own high standards of corporate governance that he decided to sell.”
But this was a deal unlike others. For starters, Piramal, ranked 37 on Forbes’ India Rich List with a net worth of $1.75 billion, did not go about soliciting bids. No investment banker was involved in the process.
Instead, Piramal decided to ask Religare, given the past relationship he had with the Singh brothers. (Piramal had sold its diagnostics business to Super Religare Laboratories). Religare responded positively and started the due diligence.
Piramal did not respond to a phone call or SMS for this story. Ramesh Jogani, managing director of Indiareit declined to comment.
Insiders say that as the months wore on, Piramal gradually came around to the fact that there wasn’t any major conflict of interest in running a fund as well as having a real estate company. They denied news reports that the deal fell apart because of a valuation tussle.
At the same time the due diligence was taking longer than expected. According to a person familiar with the matter, the deal was to have been signed at the end of March but Religare kept pushing back the date.
This tested Piramal’s patience as he is not the type of person to negotiate hard. When he sold Piramal Healthcare’s generics business to Abbott, he again did not rely on any investment bankers or advisors. It took him just four hours to conclude the deal ! So when this deal took longer than expected he decided to pull the plug.
The decision to sell had been his. In the end, the decision to pull out was also his.

Tweets by @forbes_india
What's The Business Case For Diversity?
Protecting Know-How In China: Process Is Simple And Complex