The CEO of the five-year-old smartphone company marshalled his resources to topple South Korean giant Samsung during the last quarter of 2019 (October-December) to become second biggest in India. The bigger challenge, though, is neither survival nor becoming the biggest 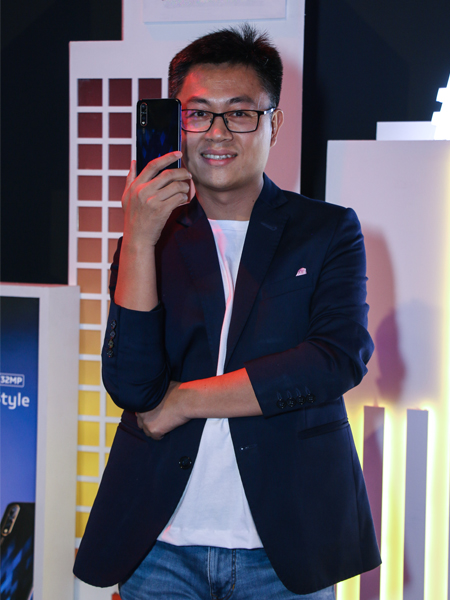 
When you work for ‘Godfather,’ you know how to survive. In fact, survival becomes a part of your DNA. In 2002, when Jerome Chen joined the army of Duan Yongping, the reclusive entrepreneur billed as Godfather of the Chinese smartphone industry, BBK Electronics was into the education electronics and audio-visual segment making VCD and DVD players. Chen was, early on, introduced to the heroic tale of survival of BBK Electronics, when it faced its first major financial crisis in 1997, just two years after the foundation of the fledgling venture. The company somehow survived.

Then, in 2012, BBK, now a feature phone maker, was staring at an existential crisis. The Chinese market had overnight shifted to smartphones, and the handsets made by BBK were not only redundant but twice as costly as their smart counterparts. The company again survived. “The crisis made the company stronger and much more mature,” contends Chen, who came to India in August 2014 to launch Vivo, the smartphone brand which, along with Oppo, OnePlus and Realme, traces its parentage to BBK. The gritty warrior is now confident of fighting the Covid-19 setback as well. “We will survive because of the culture of the company to overcome a crisis.”

The CEO of the five-year-old smartphone company marshalled his resources to topple South Korean giant Samsung during the last quarter of 2019 (October-December) to become second biggest in India. The bigger challenge, though, is neither survival nor becoming the biggest. “We want to change the perception of us being a Chinese company to becoming a global company,” he says in an exclusive interview with Forbes India. Excerpts:

On becoming the biggest in India
Whether we are No. 2, 3 or 1, we do not care about that too much. What I only care about is satisfaction for the four stakeholders: Customers, retailers, shareholders and employees. It starts with satisfaction of the consumers. Happiness of the consumer is a pre-condition. The profit or the market share is a result of doing the right things for these four stakeholders. Even when we became No. 1 in the offline market, and were overall second in the pecking order last November, we didn’t communicate it to the media. The news got out from the marketing research agencies.

On the leader versus follower narrative
It’s very different to be a follower and a leader. When you become number 1, nobody will teach you. No one is your competitor anymore. Only you are your own competitor and only one thing—how you understand the consumer better than anybody and innovate products to meet their needs—is what would matter. For us it is more responsibility to be number 1 or 2. This means we need to do more innovative things.

On the perception of Chinese brands in 2014
We didn’t have a vision, but had a strong belief that we can change how consumers view Chinese brands. People at that time had a perception that Chinese products were of bad quality, were cheap and that most of them came to India to make money. And once they would make money, they would run away. We wanted to change this perception. We also wanted to change the mobile phone industry in India and change opinions of the retailers who had already worked with some of the Chinese brands in the past. Most of the Chinese companies in India were doing short-term business. They just earned some profit and ran away. Nobody wanted to do long-term business here. We wanted to change this.

On early aspirations
We didn’t really target market share at that time. We just planned to survive in the Indian market. In the first month, we used to sell 100 handsets daily. By the third month, it jumped to 1,000 daily. At that time, we celebrated the milestone by cutting a cake. Over the next few months, when the sales became much more, it became difficult to cut cakes for milestones (laughs). Actually, we have never looked at any of our competitors including Samsung. We were just doing our basic job: Training the sales team, the promoter’s team, expanding our channel network and ensuring our sales team is very supportive to the retailers.

On meeting two early targets
We planned two things. First was to survive for five years. Fortunately, we did. We also planned for India to become a talent output centre for Vivo global. And this too has happened. The Vivo Italy team comes from Andhra Pradesh; the Spain team is from Gujarat. We also have a few people from India at the headquarters in China. The CMOs for Thailand and Philippines are from India. In fact, the team in Nigeria is from North East.

On initial challenges
When we came to India, we were not taken seriously. Many were not ready to attend our events or launch primarily because we were a Chinese company. When we gave our business cards, many retailers threw them in the bin. In fact, when we wanted to have a meeting with companies, we couldn’t meet the CEO directly. We only got to meet people from purchasing. Not even a manager, the junior most person would meet us. And they would make us wait for hours before meeting us. And then these meetings would finish in five minutes (laughs).

On the allegation of Chinese companies burning cash
Frankly, no one can say that we are burning money. No brands can be built without investing. And we don’t think it is burning money. Investment doesn’t come only from the finance people. Whatever money you spend for building the brand, all this is investment. I believe this has also been a reason for Chinese companies not being successful earlier. They did not take the money they spent here as investment and they always considered it as a spending only. And on spending you cannot get a return. You only get returns on investments.

On surviving Covid-19
We can. Our culture as a company has been to overcome difficult times. Sometimes we do make mistakes. But it depends on how you overcome them and how fast you correct them. We never make deadly mistakes. No matter good times or crisis, this company will be stronger and stronger. Now we face a big challenge of finding a cure for the coronavirus. No matter whether we are in China or India or any other country, it is time to have a strong belief that we can all come together and overcome this.