Humans love certainty so much, they are willing to pay extra for it

The stage for Dunzo, Grofers et al was set in 2003, when Paresh Rawal danced in a Domino’s ad about the 30-minutes delivery promise. The truth is it's not the wait that grinds our gears, it is not knowing how long to wait

Prakash Sharma and Reshma Tonse are the co-founders of 1001 Stories, a user-consumer research and solutions consultancy which uses Behavioural Science and Context Architecture to analyse, understand and influence human behaviour. 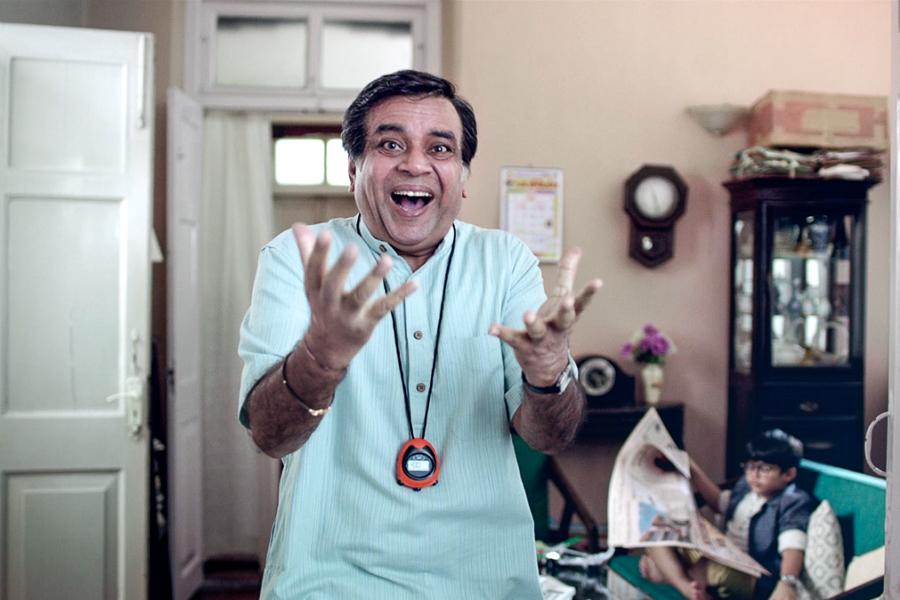 Uncannily, the moment we started walking on two feet, running was the next logical step for the human species. It is our natural instinct to be obsessed with the “how far and how quick” of things.

Indian consumers were treated to something similar in recent weeks, with the news of Dunzo’s unimaginable promise of a 19-minute delivery. Good choice. Ten minutes was too much to promise, twenty minutes is too long. A lot of the conversation around Dunzo’s ad was about Sunny Deol as an endorser, rejoicing the end of the drudgery of tareekh pe tareekh. It was amusing, it was celebratory. At its heel, came the news of Grofers’ promise of ultra-fast 10 minute deliveries. This news, though, was not taken too well.

From the 1800s, runners had been fiercely chasing the elusive four minutes for a mile. It was an impossible feat. The limit of human athleticism was set. Until on May 6, 1954, Roger Bannister defied all odds and conventional wisdom to crack the first ever one mile run in less than 4 minutes. What happened next shocked the world. In 46 days, another runner broke Bannister’s record. Within a year, three more joined the elite runners club. Four minutes was no longer a boundary for humans. We were on our way, looking for a new one.

A deadline and free pizzaThe stage for Dunzo and Grofers was set in 2003, when Paresh Rawal danced in a Domino’s ad, happy about scoring a free pizza. He was sure that there was no way they could keep up their delivery promise of 30 minutes or free. To Rawal, there was no ‘or’. It surely was going to be free. Alas, his character is disappointed to find that Domino’s was in fact able to keep its word. A 30-minute delivery was a certainty.

Human beings do not enjoy uncertainty. This is called ambiguity aversion bias, or plainly, ‘better the devil you know than the devil you don’t’.

Essentially, it means that we do not mind the wait. It is not knowing how long to wait that grinds our gears. This is why, years ago, Domino’s 30-minute promise sold. And years later, it is why Uber and Ola tell us exactly how many minutes to wait until our cab arrives. They tell us the driver’s rating. They tell us the car type and even its colour for good measure. That is how absolutely certain you are when it comes to booking a cab. That is why you don’t mind the wait. Even if it’s more than 19 minutes.

It is ambiguity aversion and a strong need to do something, the action bias which caused folks in the US to stock up on toilet paper during the beginning of the pandemic. We experienced a lack of control during the initial pandemic days, when most well-known grocery apps asked us to wait days for our slots. People, then, opted for certainty, and rediscovered their neighbourhood kirana stores. In fact, humans love certainty so much, we might even be willing to pay extra for it. Hence the success of tatkal tickets on the Indian railways. Today, tracking a delivery person minute by minute on a map is acceptable — in fact, an expected feature on food and grocery delivery apps and aggregator services.

From 'nice to have’ to ‘must have’Once the consumer is used to ETA on apps, there is no getting in line behind the old set limits of uncertainty again, not for companies, nor for consumers. As time goes by, a ‘nice to have’ feature tends to become a ‘must have’. It’s what happened to front-facing cameras in smartphones. It’s what happened with discounts on fashion sites. The collective mental model of the consumers updates and defines a new acceptable minimum.

For the consumer, after the ETA, the 19-minute express delivery is the new limit that has been broken. Behind a broken limit, lies the potential to exceed it. As one tweeter so eloquently put it, it was not like users first turned on the gas stove and then placed a grocery order on Grofer. What is the urgency behind 10 minutes? The answer lies in the metrics of product design and branding.

The consumer placing an order on a delivery app does not actually order anything from the app itself. What the app offers is the ability to pick and deliver items, for a fee. In this sense, all aggregators are at parity. But competition demands differentiation. As product companies, their true offering is their unique system of efficiency. The technical and logistical systems are the only product that they can improve, optimise or even revolutionise. The delivery guy can’t feature in this optimisation. The eye is on the product and he is not a variable that can be updated.

Solving the hyperlocal challenge is then the natural evolution for a grocery delivery app. In this world, and with these metrics, 10 minute delivery time is the perfect goal to aspire for—a new limit to set. And the consumer will get it, whether she asked for it or not.

Time is money!Perception of time and how humans deal with it is a fascinating field in behavioural science and neuroscience. Different businesses have to work with different facets of human time perception. This is why, a delivery app has to cater to your sense of ‘now’—a duration that has a legitimate span and tells you that nine minutes is close, and 22 minutes is distant. Mutual funds, on the other hand, have to make you strongly associate with your ‘future self’ so that, in the present, you are prompted to make an investment that will favour your future self, not your ‘now’ self. The sense of now too, shortens and elongates, depending on context. It’s why we feel fulfilled after longer prayers and relish the taste of a good wine on our palates, even though it’s a moment that is just as long as a gulp.

We might appreciate quick deliveries of groceries and food, but the meal it delivers is most enjoyed relaxed and unhurried.

It is worth noting that thousands have broken the four-minute record after Bannister. As great as his feat was, it is no longer special.

With the increasing sophistication in algorithms and refining of logistical processes on one side and a consumer anchored to a newer acceptable minimum on the other, we can expect the ultra fast deliveries to heat up with competition in the near future.

About authors: Prakash Sharma and Reshma Tonse are the co-founders of 1001 Stories, a user-consumer research and solutions consultancy which uses Behavioural Science and Context Architecture to analyse, understand and influence human behaviour.

4,233
Thank you for your comment, we value your opinion and the time you took to write to us!