Prerna Jhunjhunwala made Creative Galileo one of the fastest growing early-learning apps in India by using a bunch of well-known desi characters. Can she now make money out of it? 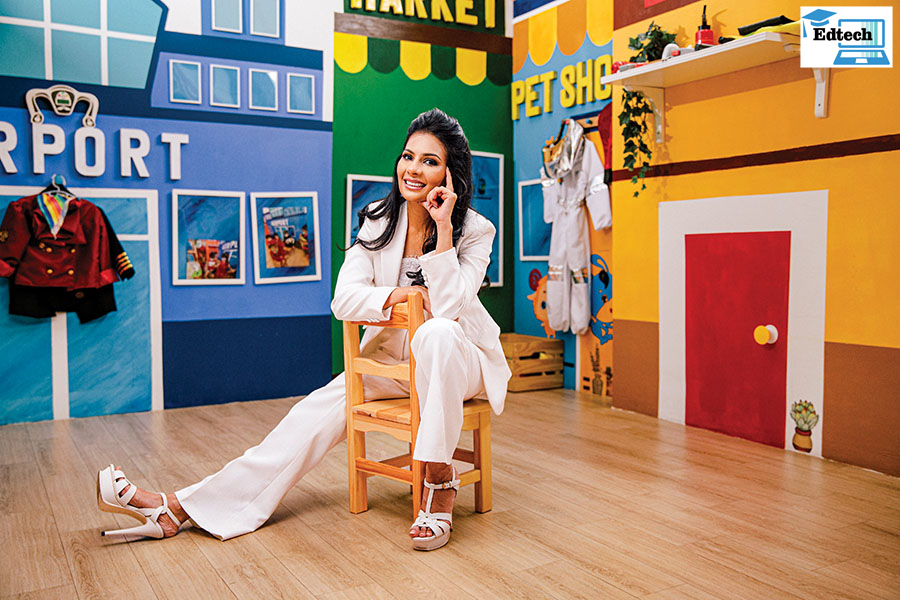 It was nothing less than foolish courage. A young NYU grad from Kolkata gets married in 2012, moves to Singapore, and opens her first preschool—Little Paddington—in July 2015. “It was indeed foolish courage,” recalls Prerna Jhunjhunwala, alluding to the move to open her school next to one of the big legacy preschool brands. “I mean who does it? You are taking on the Goliaths of preschools who have been in business since decades,” she says, adding that her childhood dream was to open schools. The first few years of her upbringing in Kolkata, where she used to teach kids of workers employed in her father’s factories, made her realise the need to democratise education and make it accessible. Access to education was a big privilege was the first big learning. “The second learning was that education could be a big equaliser,” she says.

Back in Singapore, it was not only the venue to fight a pitched battle that looked baffling, the weapon selected too was perplexing. Little Paddington started teaching in English and Mandarin. Now, for somebody not exposed to Chinese culture and language, teaching in an alien medium meant two things. First, putting in extra hours to learn the language. Second, Jhunjhunwala also had to ensure that lack of experience in Mandarin shouldn’t make her look like an upstart.

She was, however, determined to make a mark. The young woman used all her savings, took some money from her husband and started operations. In five years, she scaled to five schools, employed over 120 teachers, clocked 40 percent Ebitda margin and sold Little Paddington to Singapore-based private equity firm Affirma Capital for $35 million (around ₹180 crore).

Five years later, in July 2020, Jhunjhunwala was about to do something which was again billed as ‘foolish courage’. She now wanted to replicate her brick-and-mortar success in an online world. There was a small problem, though. The battleground this time was India. Pandemic, lockdowns and learning-from-home already provided a fertile ground for mushrooming, and flourishing, of edtech players in the country. While there were biggies catering to K12 and test prep, a sea of smaller players were also in the fray wooing kids in preschools.

Also read: It's wartime but it's not a challenge: Byju Raveendran on the future of online learning

Undeterred, Jhunjhunwala decided to take a stab, and launch her online learning platform for kids aged three to 10. “I knew there were daddies, mommies and grannies of edtech in India,” she says. What encouraged her was her vision to take education to millions, and passion to make a deep and wide impact. “Physical schools had limited my reach and impact,” she says. While acknowledging that the market in India was cluttered, the founder had identified the missing link or offering in the early segment space.

What was missing, though, was a serious kid’s play. There was no big player in early learning. The one big one in the fray—Byju’s—had collaborated with Disney and was using their characters to reach out to kids. The move, she reckons, didn’t have any emotional connect because of the alien nature of the characters. “There were no Indian characters,” she says. Jhunjhunwala started Creative Galileo, rolled out her proof of concept in July, and launched the Little Singham app on the Play Store.

In six months, Little Singham took a giant leap by getting one million downloads. With zero marketing, zero customer acquisition cost and zero advertising, Little Singham started galloping at a furious pace. “We were pleasantly shocked, but it validated the power of character-based learning using Indian characters,” says Jhunjhunwala. From Little Singham to Golmaal Jr, Krishna aur Kans and Shaktimaan, Creative Galileo was fast building a bank of desi heroes to engage with kids. Meanwhile, the app downloads kept swelling. In a year, there were 4 million downloads.

Fast forward to June 2022. The app has over 7 million downloads so far, and more than 7 lakh monthly active users, claims Jhunjhunwala. Over 10 percent of downloads, she adds, are from Nepal, Bangladesh, the US and other nations. The early-learning edtech startup raised $2.5 million in a seed round led by Kalaari last October, and has added more characters such as Chakra, Young Baahubali, Tenali Rama, Kalia the Crow, Bal Ganesh, and Ghatothkach. The ECE (early childhood education) was ripe for disruption, she adds.

Last October, Kalaari noticed the trend. India is home to 271 million children and around 25 million are digitally native—kids who are adept at searching for their favourite Peppa Pig and Masha and Bear video on YouTube, the venture capital fund underlined in a blog last year. This generation has entirely become comfortable with learning from the internet, which has dramatically improved access to quality education. While YouTube Kids provides an exhaustive content library to parents, it only leads to passive content consumption without any personalisation or any assessment of learning requirements, the blog underlined.

What gives Creative Galileo an edge is its differentiated approach. Built for global learners, the edtech startup offers a gamified multiverse to accelerate learning in an engaging manner using familiar and well-known characters to build strong foundational skills. The early learning platform focuses on the development of numeracy, language, and literacy, motor, and social skills besides building creative expression and curiosity, the blog maintained. Vani Kola, managing director at Kalaari, explained her move to back the young founder. “Technology as a means of transformation led by passionate founders designed for the next generation of young digitally-native learners is what Creative Galileo stands for,” she wrote in her blog. 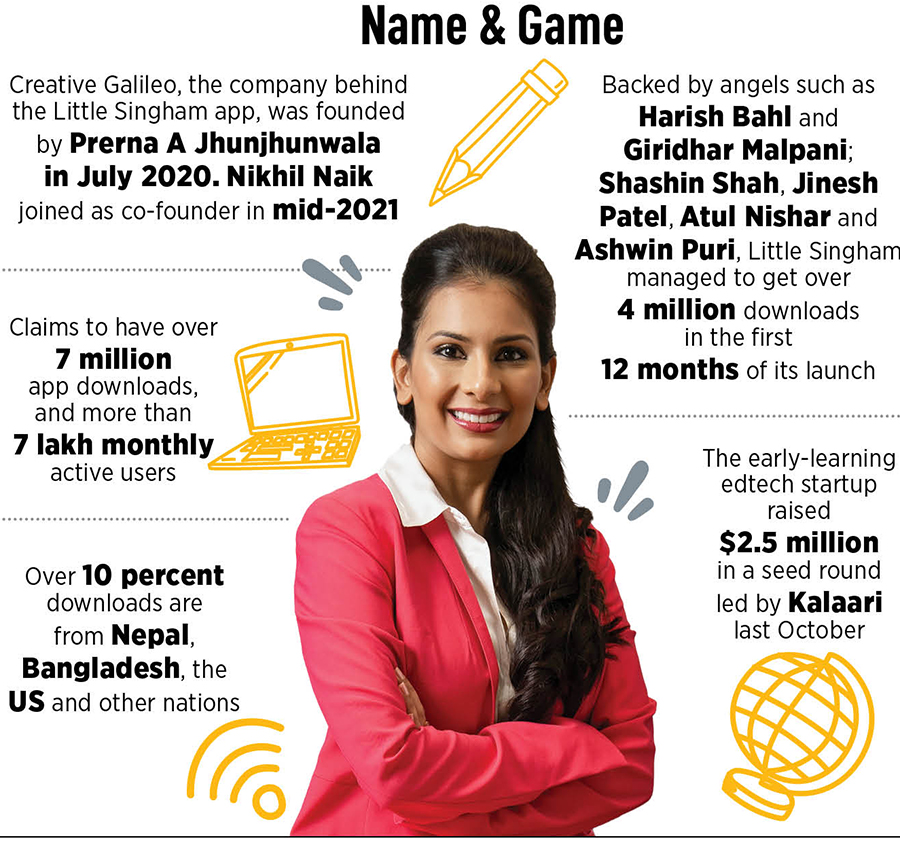 Jhunjhunwala, for her part, maintains that it’s still early days for her startup which has just started to monetise. Creative Galileo doesn’t have the bugbear of high consumer acquisition cost faced by most of the edtech players and this gives it an edge, while the fact that early learning is still not able to penetrate Tier II cities and towns gives an opportunity for massive headroom for growth. The poor track record in early learning also provides reason to stay optimistic. In India, she claims, 27 percent children drop out in secondary school. “In IIT, it is just 1 percent,” she reckons. The primary and preschool education in India is extremely weak.

Can Creative Galileo change the script of early learning in India? Can Jhunjhunwala monetise fast enough to make the business sustainable in the long run? The founder reckons that the startup has pressed on the accelerator, and is on the right track. It’s early days and Creative Galileo is taking baby steps.

Tweets by @forbesindia
Anchorage launches Ethereum staking for institutional investors
Sustainability leadership: Managing for the health of your company and the planet