In a year when Covid-19 related challenges only exacerbated the situation for industry and businesses, we celebrate tales of grit, gumption, determination, and surviving against all odds 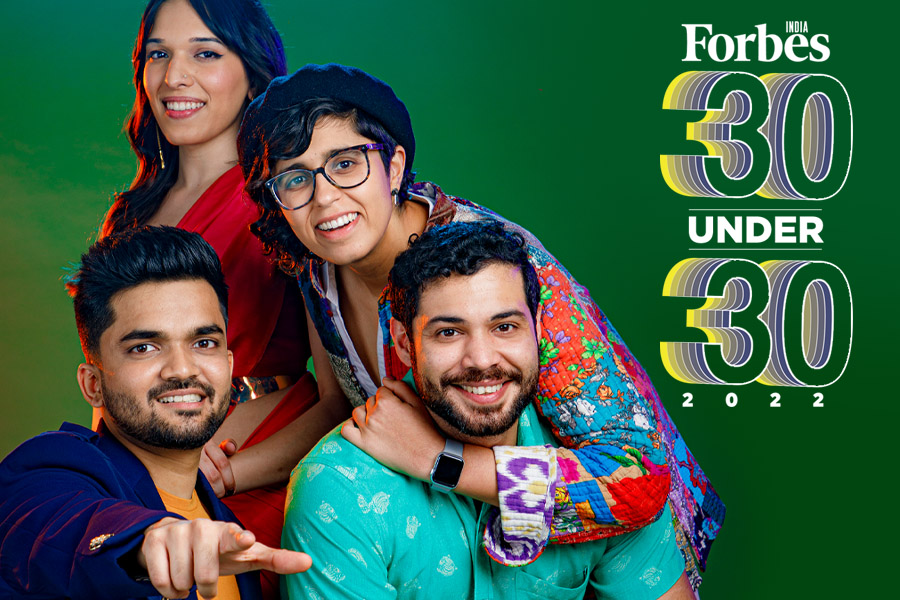 If 2020 was a challenge, 2021 showed the true extent of the havoc a pandemic can cause. And just when we thought things were getting better, along came Omicron with 2022. Locked back up in our homes, and away from colleagues and friends and family, everyone needed a little inspiration. And we—the Forbes India team—found ours while going through the 2,000-odd applications we received for the Forbes India 30 Under 30, Class of 2022.

We put all the applications—categorised into 20 categories—through the wringer, so to speak. We tested them on uniqueness, viability, scalability, proof of concept, and a lot more, and then handed them over to our jury. The jury then used its own expertise, in-depth knowledge of the sector, and its discretion to pick the winners. This year, there’s only one new category—cryptocurrency—to pay homage to the trend of crypto gaining popularity in India and around the globe.

If, like us, you’re looking for some inspiration too, the Forbes India 30 Under 30 Class of 2022 will not disappoint. Take for example, IIT-Delhi roommates Neetu Yadav, 26, and Kirit Jangra, 28, CEO and COO, Animall, who are ushering in the next white revolution, albeit a digital one, and empowering dairy farmers.

If we’re talking about digital, then you must know about 29-year-old Rashid Khan, the co-founder and chief product officer of Yellow.ai, which is touted to be one of India’s most successful conversational AI (artificial intelligence) startups. They are also dabbling with low-code or no-code tools to let their customers do more with their products.

Then there’s 26-year-old Gokul Shrinivas, who is teaching India Inc a thing or two about electricity conservation with his patented technology and the Minion device, which can track, analyse and help shave precious rupees from your electricity bill.

While most major sporting events were called off in the pandemic years, the Olympics were a gala celebration of life and spirit. And it was an especially special one for India with Neeraj Chopra clinching the gold for his javelin throw. The women’s hockey team also scripted history at the Olympics, even though it missed the medal by a whisker—forward Vandana Katariya scored a hat-trick against South Africa, becoming the first Indian woman to achieve such a feat at the Olympic Games. Katariya proudly clinches a place on the list.

There’s a treasure trove of young achievers and stories of their grit, determination, and a nose for business. All you have to do is simply flip the page.

The research process was three-fold: One, interviews by the Forbes India team with sources across relevant categories as well as through studies of databases and media coverage. Two, on forbesindia.com, inviting applications from, or nominations of, entrepreneurs and professionals who fit the criteria. Three, spreading the word on social media. This helped us arrive at a long list across 20 categories. The next step was narrowing down to a ‘shorter longlist’—the names most likely to make it to the Top 30, decided in consultation with experts in each category. The last stage was finalising the 30 winners for 2022. Armed with expert views, the Forbes India editorial team debated, argued and vetoed its way down to the final 30. We realised there were some others who deserved to be featured under ‘Icons@30’. We have only considered for selection those who were under the age of 30 as of December 31, 2021 (the cut-off date for selection of the list). Thus, in the case of enterprises which have several co-founders, we have considered only those where at least one of them is under 30.