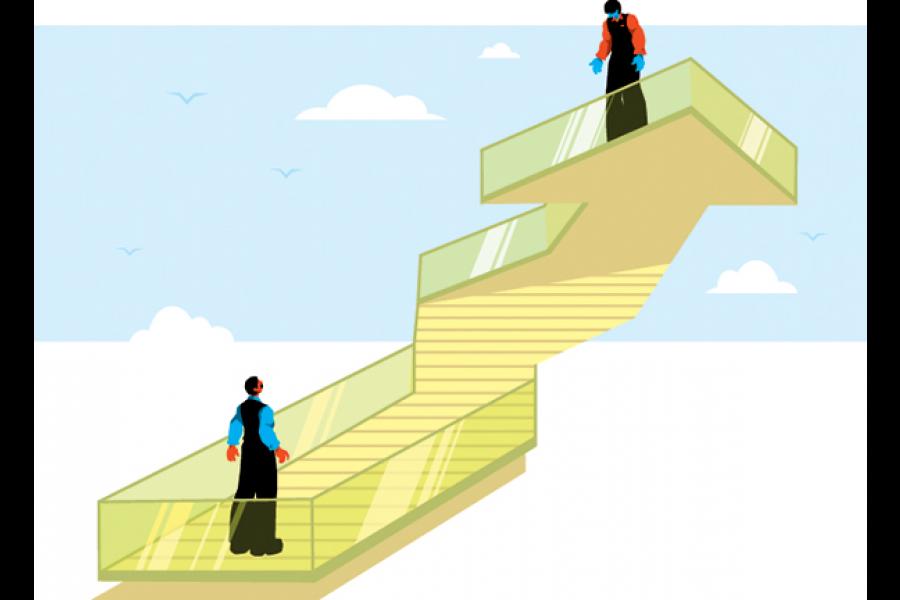 Once upon a time, as fairy tales state, business success relied on making good useful products and selling them to customers, fulfilling a need. Over time, financial engineering has replaced real engineering. Share buybacks and mergers and acquisitions (M&As) are part of this trend.

Share buybacks or auto-cannibalism
Corporations are currently indulging in auto-cannibalism: Buying back their own shares or returning capital to shareholders in record amounts, thereby providing crucial impetus to the tripling of US stock prices. In 2015, US shareholders received nearly $1 trillion in cash as dividends, share repurchases or capital returns. Since 2009, dividends and buybacks have been increasing at double-digit rates. High dividend payouts have proved attractive to income investors looking for yield in a period of very low interest rates.

Buybacks entail retiring equity to align the capital base of a business with operational requirements and financial risk. It also adjusts the firm’s financing structure by changing the proportions of debt and equity.

Proponents argue that a repurchase of shares by a company is positive for its share price, resulting in a re-rating of the stock. A repurchase suggests that insiders perceive the equity to be undervalued. It signals that the company’s management and directors view investments in their own stock as providing attractive risk-adjusted returns relative to other investments, either in existing operations or investments outside core businesses.

Share buybacks are also seen as rectifying a lazy balance sheet. The firm may have excess cash and capital relative to current business needs and anticipated future opportunities. In effect, higher leverage or higher debt levels, where the buyback is financed by new borrowings, increases risk to an appropriate level to ensure that the business is run more efficiently.

Reducing expensive equity as part of the capital structure reduces the cost of capital. In theory, this improves returns to shareholders. It allows the firm to take on lower-yielding projects and investment opportunities. Reducing the number of shares outstanding improves the company’s earnings per share (EPS) and return on equity, particularly where acquisition of its own shares is financed by debt.

On the other hand, opponents argue that share buybacks convey negative information to investors about a company’s prospects. Primarily, it signals a dearth of attractive investment or expansion opportunities which, in turn, indicate lower long-term growth prospects.

Share buybacks also reduce cash reserves or debt capacity, affecting the credit rating of the company. Depending on the change in leverage and risk, repurchases may lower long-term financial flexibility.

Share repurchases reduce the free float of shares, decreasing the liquidity of the stock. This can affect trading and the valuation of the shares.

Current share buybacks are near levels prior to the crash of 2008. Apple, ExxonMobil, IBM, Microsoft, HP, Oracle, Walmart, Philip Morris and Pfizer have been prominent. Increased availability and low cost of debt, driven by loose monetary policies, is an important driver.

A high proportion of share buybacks are debt funded. Apple has issued significant volumes of debt (around $50 billion), using the proceeds to fund purchases of its own stock or to pay dividends to shareholders.

It makes commercial sense to borrow at an interest rate of 2 percent to repurchase a stock trading at an equity premium of 5-6 percent or with high dividend yields. For some companies, an added factor is the need to avoid repatriating overseas earnings and cash which would trigger large domestic tax liabilities. Instead, these companies borrow and use the proceeds to repurchase shares to return cash to shareholders.

Around half of all cash flow is now used for share repurchases, dividends and capital returns, similar to 2007 levels and double that of 2000. In contrast, capital expenditures (plant and equipment, research and development expenses and cash acquisitions of other businesses) are around 50 percent of cash flow, down from more than 60 percent in around 2000.

Firms cite the lack of attractive investment opportunities, due to overcapacity and lack of pricing power. However, critics point to under-investment and the maximisation of short-term returns. An often cited example is RIM, maker of the BlackBerry phones, which favoured share buybacks over investment, contributing to it being overtaken by Apple and Samsung.

In reality, share buybacks, etc., boost the stock price by increasing EPS. In the US, buybacks have added around $2 a share to earnings on the S&P 500 index. Given that the firm’s underlying operating performance is unaffected, it is merely financial engineering that does not alter the company’s value. A primary motivation is enhancing the remuneration of senior managers, where stocks and options may constitute as much as 80 percent of the total compensation.

These strategies affect the economy in the form of under investment, higher corporate debt levels and increasing vulnerability in a crisis. History also suggests that companies are poor at market timing, using debt to repurchase shares aggressively at the tail end of cycles. In 2007-2008, share repurchases peaked just before the financial crisis commenced. Citigroup repurchased around $20 billion of its shares in the years before its share price plunged. GE also repurchased around $30 billion of its shares in the same period. In need of capital after the crash, Citigroup and GE were forced to sell shares at low prices.

Mergers & acquisitions: Plain cannibalism
In Bret Easton Ellis’s American Psycho, banker Patrick Bateman tells a woman that he is into “murders and executions”. She thinks he means mergers and acquisitions. In practice, they are interchangeable.

In 2015, worldwide volumes of M&As reached $4.6 trillion, which is higher than the previous record level of $4.3 trillion in 2007. There were a significant number of mega deals (in excess of $10 billion) such as Pfizer and Allergan (pharmaceuticals), AB InBev and SABMiller (beverages), Royal Dutch Shell and BG Group (energy), Dow Chemical and DuPont (Chemicals), Dell and EMC (technology) and Visa’s buyout of its former European arm (financial services). It is the continuation of strong recent corporate activity.

The current wave of corporate cannibalism is perversely driven by weak rather than strong economic conditions. Transactions reflect the need to adjust to a world of prolonged low growth and disinflation or deflation.

A striking feature of the last five years, following the Great Recession, has been the lacklustre growth in revenues across many industries. This reflects slow economic growth, low inflation, weak wages growth, overcapacity and a lack of pricing power. Higher profitability has been driven by cost savings rather than increases in revenue.

Some transactions reflect a strategy of increasing scale. The objective is industry consolidation, removing excess capacity and reducing costs through economies of scale and scope. Other transactions are focussed on buying growth, in the form of new products or entering new markets.

Pharmaceutical companies are increasingly externalising research and development. With new drug development and commercialisation now expensive and difficult (estimated at around $2-3 billion for a new treatment), larger, less flexible firms now rely on smaller firms and startups for new products. Technology companies have purchased smaller firms to provide add-ons to their existing portfolio or customer base. Retailers and financial services firms have acquired innovations to address changes in client behaviour, delivery platforms and also to participate in the high-growth technology area.

Firms have purchased businesses that give them access to emerging markets, where growth is stronger, or to link into cheaper supply chains to lower production costs. In Japan, demographic factors, which limit growth, are behind cross-border acquisitions involving banks, insurance companies, beverages, cigarettes and media.

Other transactions are opportunistic and take advantage of environmental factors such as low commodity prices. M&As in resources and oil services by stronger players are motivated by financial weaknesses of the acquired and the latter’s low valuations.

Another factor is a change in investment strategy. Sovereign wealth funds are increasingly diversifying away from financial assets to real businesses. This reflects concerns about highly manipulated and illiquid financial markets as well as a focus on direct access and proximity to underlying cash flows. Emerging market firms are also purchasing operations outside their home country to diversify political risk and problems in their home markets.

For example, Chinese companies are aggressively investing overseas in areas such as energy, technology, semiconductors, agro-chemicals and financial services.

Some transactions are tax driven, with companies seeking to invert their jurisdiction or domicile using acquisitions in order to lower effective tax rates as a mechanism for increasing shareholder returns.

Low interest rates and quantitative easing programmes have also lowered equity risk premiums, driving stock prices higher. This has increased share prices, allowing companies, particularly in technology and biotechnology sectors, to use their own stock as currency for purchasing businesses at elevated valuations.

There is little new in this. As in previous cycles, valuations have now increasingly become stretched. Average deal multiples (purchase price as a multiple of earnings before interest, depreciation and amortisation) of around 10.5 are just marginally below the 2007 level of around 11. Problems in high-yield markets and rising credit costs also point to shifts in the financing environment which may affect transactions.

History shows that inevitably the vast majority of transactions, perhaps as high as over 80 percent, will result in destruction of value. Integration of new businesses will prove expensive and problematic. Cost reductions will be difficult. Synergies will be elusive. Unknown liabilities will emerge. Undoubtedly there will be transactions which join the pantheon of disastrous mergers such as AOL-Time Warner.

From a broader perspective, mergers may reduce jobs and lower incomes. Given that most developed economies are based on 60-70 percent consumption, this would dampen an already weak recovery.

Companies once focussed on researching, developing, manufacturing and selling new products and services. Over time, some evolved into brand management, marketing and distribution enterprises. Today, businesses have increasingly become asset traders, with some attached residual operational functions. They are difficult to distinguish from fund managers who identify, purchase and sell investments.

Corporate prestidigitation may underpin stock prices, generate fees for investment banks and consultants and allow private equity to prosper. However, its effects on the economy at large may be less positive.

Satyajit Das is a former banker whose latest book The Age of Stagnation, was released in India in January 2016