Immunising India: Can Sputnik V save the country?

At least six Indian pharma companies, including Hetero Group, are on track to make some 900 million doses of the Russian vaccine. As India gears up to manufacture the Sputnik there are questions galore 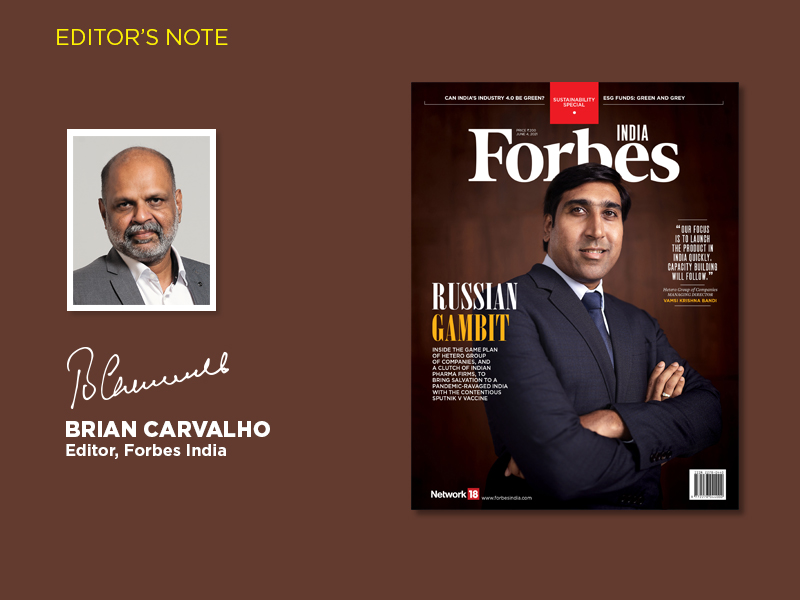 The weekly peer-reviewed The Lancet is one of the world’s moed medical journals. That doesn’t mean it hasn’t had its share of controversies; a more recent one in the pandemic era being the retraction of an article that said hydroxychloroquine decreases hospital survival rates of Covid-19 patients. Yet, there’s little doubt of the impact the journal has on the world of science and medicine, and the credibility it enjoys in the community.

In May 2020, the World Health Organization’s Director-General had convened an independent Panel for Pandemic Preparedness to ascertain the global responses to the pandemic. A year later, the panel published its findings in a report titled ‘Covid-19: Making it the last pandemic’. Based on the report, The Lancet carried a comment by the panel’s co-chairs, Helen Clark, a former Prime Minister of New Zealand, and Ellen Johnson Sirleaf, a former President of Liberia and a Nobel Peace Prize winner.

Some of the findings aren’t unpredictable: Countries that responded more successfully had “developed partnerships on multiple levels across government sectors and with groups outside government, communicated consistently and transparently, and engaged with community health workers and community leaders as well as the private sector”. The analysis also suggests that “countries with poor results had uncoordinated approaches that devalued science, denied the potential impact of the pandemic, delayed comprehensive action…”

Days earlier, The Lancet had run an editorial that tore into India’s muddled vaccination policy. As of May 16, 10.3 percent of India’s 1.38 billion population had received at least one dose of a Covid-19 vaccine, as per Our World in Data, a scientific online publication; the corresponding figures for the US and the EU were 47.1 percent and 31.5 percent, respectively. The global inequity in Covid-19 vaccinations is, however, evident, when you consider that India’s 10 percent is still higher than the share of people globally who have been able to access the first jab: 9 percent.

If enough Indians are not being vaccinated, it’s because there aren’t enough vials going around. The Lancet holds out hope for India if it follows a two-pronged strategy: Even as it pulls out all stops to bring down transmission, it needs to step up vaccine supply and cover all its citizens, including roughly 800 million living in non-urban areas.

The Indian government has responded with an ambitious plan to provide over 2 billion doses by year-end, which will help it cover virtually the entire adult population. In addition to supply from domestic makers, the government is counting on supplies from the West. August is perhaps the earliest this supply is likely to kick in.

India’s salvation in the nearer term and beyond may rest with Russia’s Sputnik V, the third vaccine to get the Drug Controller of India’s go-ahead for emergency use in mid-April; the first of the 1.5 lakh doses imported by marketing partner Dr Reddy’s Laboratories was soft-launched in mid-May in Hyderabad. But that may be just the beginning. At least six Indian pharma firms are on track to make some 900 million doses of Sputnik V. On the Forbes India cover is Bandi Vamsi Krishna, managing director, Hetero Group, one of the Indian manufacturers of Sputnik V; Hetero has committed to manufacture 100 million doses.

Can Sputnik V save India? What about the suspicion around its efficacy in some quarters; will the recently-approved-in-Russia single-dose Sputnik Light be India’s panacea, too? Don’t miss Manu Balachandran and Divya Shekhar’s gripping analysis of the prospects of the Sputnik V, and its Indian manufacturers.

(This story appears in the 04 June, 2021 issue of Forbes India. You can buy our tablet version from Magzter.com. To visit our Archives, click here.)

Tweets by @forbes_india
Photo of the day: A new epidemic
Thoughts on the future