What the volatile markets really mean 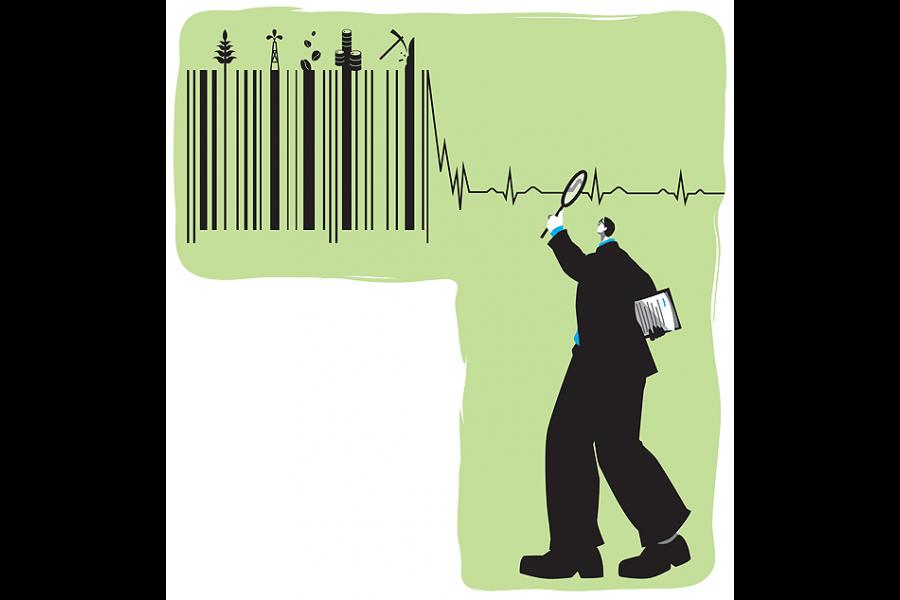 Fanfares of trumpets do not announce turning points in markets. Since mid-year, the financial markets have been volatile. Gains or losses of 1-2 percent a day and even larger intraday moves have been common. Equity markets have lost around $10 trillion in value, equivalent to around 15 percent of global gross domestic product, during this period.

Pundits have offered multiple explanations for the gyrations: Commodity prices, overleveraged commodity trading firms, China, uncertainty about US interest rates and computerised trading. The reality is that no one really knows.

Commodity Concerns
A key area of concern has been the downturn in commodity markets. In late September there was talk of Glencore, the Swiss commodity trading firm, being the 2015 Lehman and the epicentre of a global resources crisis a la 2008. Interestingly, Glencore’s share price ended a volatile week largely unchanged and subsequently rose in early October, albeit being down by almost 70 percent over the last year.

The initial large run-up in commodity prices and mining activity was driven by many factors. There was significant under-investment in mining assets and infrastructure in the 1990s reflecting low real prices for many commodities. A combination of supply constraints and unexpected increase in demand, especially from China and India, led to a sharp increase in price. The industry responded by massive investment to increase production, assuming continued demand and high prices.

The current correction is part of a familiar cycle, driven by large amounts of supply coming on-stream coinciding with a slowdown in demand.

Real Concerns
The problems in commodity markets are significant but primarily as symptoms of several real underlying issues.

Second, there has been a slowdown in global trade. In recent decades, global trade has grown by roughly double of economic growth. The World Trade Organization expects growth in trade to be slow and perhaps contract. It is unclear if this signals structural changes in trading patterns or presages slower growth.

Third, there is the excessive dependence on the strong performance of China. The Middle Kingdom has contributed between one-third and half of total global growth directly or indirectly in recent years. While China has 20 percent of the world’s population and accounts for around 13 percent of global GDP, it consumes 60 percent of the global production of concrete, 48 percent of copper, 49 percent of coal, 54 percent of aluminium, 46 percent of steel and 50 percent of nickel. Given the mounting problems of China, the dangers of this dependence have been increasingly exposed. Even if Chinese growth holds up, its rebalancing towards services and consumption is negative for commodities as it reduces resource intensity.

Fourth, disinflationary and deflationary pressures are proving persistent. Assets like commodities, which act as a hedge against rising prices, have become less attractive.

Fifth, there was significant mal-investment, driven by the low cost of capital. Many projects are not economic in the absence of strong growth and high prices, and will be unable to generate enough revenues to repay debt or give adequate returns to shareholders. Money, which was frequently borrowed, financed mergers and acquisitions or returning capital to shareholders in the form of share buybacks or higher dividends.

Sixth, financial strategies amplified the risks. A significant proportion of investment was debt financed. The mining industry, like other businesses, significantly increased leverage to expand production. Large commodity trading firms, such as Glencore, Noble Group, Trafigura and Vittol, have significant borrowings and also extensive positions in derivatives. The problem is compounded by the fact that the buyers as well as key infrastructure providers, such as transport and logistics firms, also used leverage against assumed assured revenue streams, which were all commodity price dependent.

The continuously neglected fact remains that the major cause of the financial crisis, that is unsustainable debt levels, has not been addressed. Low rates and abundant liquidity have allowed these debt levels to be maintained and even increase.

Finally, asset markets are reliant on continuation of existing unconventional monetary policies. Increases in US interest rates and reduced liquidity support will destabilise the status quo. It would make high debt levels difficult to maintain. It would also adversely impact already insipid levels of economic activity. It might also result in withdrawal of funds from risky investments, forcing price adjustments.

Commodity Contagion
The problems in commodity markets are important and will affect the broader economy through a number of specific channels.

The first channel of contagion is income. Revenues of individual businesses will fall sharply. This will flow through into employees and suppliers. It will also affect governments, reducing tax and mining royalty revenues.

Saudi Arabia is highly dependent on oil, which contributes 45 percent of GDP and 80 percent of government revenues. A 10 percent fall in prices equates to a fall in revenues of over $25 billion. Every $1 per tonne change in iron ore prices reduces Australia’s national income by around $500 million. It also reduces Australian tax revenues by around $200 million as well as decreasing the resource-dependent state of Western Australia’s royalties by around $35 million.

The second channel of contagion is investment. Planned spending is being cut back as projects are deferred, mothballed or abandoned. Low oil prices have reduced investment in energy exploration, development and production by almost $1 trillion. Similar retrenchment is occurring in other sectors. The lower spending levels will adversely affect activity and growth.

Over-investment during the boom creates legacy issues. There is now overcapacity in many commodities. The overhang will maintain downward pressure on prices, delaying the equilibration of supply and demand.

The third channel is financial markets. A standing joke in the US shale gas industry was that it was driven less by real engineering (fracking technology) than financial engineering (in the form of cheap capital available from the high-yield bond markets as investors looked for higher returns).

Lending to the energy sector alone totals $2.5 trillion. Between 2004 and 2014, emerging market corporate debt increased from $4 trillion to $18 trillion, much of the increase taking place since 2008. A significant portion of the increase, especially in China, Russia, Brazil, Mexico and Chile was related to the commodity sector, often by state-owned firms. The risk of default on this debt is increasing.

A toxic combination of declining commodity revenues and high debt levels is evident. Much of this debt is in US dollars, ostensibly to match the revenues. Lower foreign currency revenues—driven by lower commodity prices, a rising US dollar, increasing US interest rates and higher credit spreads—has the potential to become a major source of instability.

Pressure to maintain revenues or cash flow, for example to meet debt commitments, has forced enterprises to maintain or even increase production levels, exacerbating over-supply and helped perpetuate low prices. This has the effect of delaying the withdrawal of supply and correction of prices.

In the US natural gas sector, these pressures are likely to increase, not abate. In the first half of 2015, around 30 percent of the cash flow for the industry was from hedges using derivatives entered into at higher than current oil and gas prices. As these hedges expire, cash flows will fall.

At current prices, many projects will not cover their cost of capital and will destroy economic value. It also destroys the value of equity, making it difficult for firms to raise new capital to reduce debt. In industries like shale gas and oil, which were cash flow negative even at high oil prices because of the need to invest in new wells to maintain production, reduction in the supply of capital affects the ability of firms to operate. It will also create continued deflationary pressures, heightening broader economic problems.

It is probable that defaults in the resources sector will increase over time. Banks in the relevant countries with significant exposures to the resources sector will be affected and act as transmitters of the problem into the wider economy. The price and availability of credit will be adversely affected.
Some commodity firms have significant exposure to derivatives. One concern surrounding Glencore is its large derivatives portfolio, in addition to around $30 billion of debt.

Activity may be designed to mitigate business exposure or may be speculative in nature.

Commodity trading firms also act as quasi banks facilitating derivative activity by their clients. These exposures link the commodity businesses to the wider financial market. While much of the trading is secured by collateral, the risk of large movements in values triggering large cash calls on trading firms has the potential to be highly destabilising. The experience of AIG in 2008 is an example of this risk.

The risks and linkages identified are similar to those that existed in 2007 before the financial crisis. Despite concerted efforts by regulators to improve transparency, the interconnections in the commodities markets appear to be poorly understood.

Diagnosis of diseases increasingly relies on bio-chemical markers, such as the presence of a specific antigen, antibody, abnormal enzyme, or hormone. Financial markets are similar.

The problems in commodity markets are signalling stresses. It is important that markets and policymakers interpret the informational content correctly and make the correct diagnosis.

Satyajit Das is a former banker whose latest book The Age of Stagnation, will be released in India in January 2016