E-Commerce Should Position Itself for Women

In a market that is growing at 10 percent per annum, the returns on ideas are far greater than those on efficiency, Damodar Mall tells Samar Srivastava 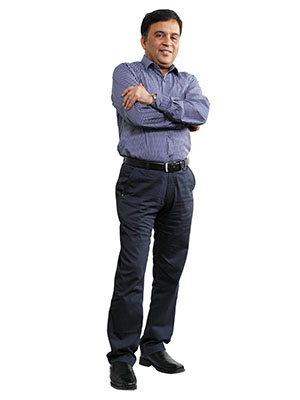 Q. If modern retail has to enlarge its share of the pie, what is the biggest barrier it has to overcome?
A.To my mind, the barrier is tuning in with the needs of the largest number of Indian consumers while simultaneously working on getting the value chain right. In the last 10-15 years that modern trade has been active, the average income of the Indian consumer would have gone up four times. So it is moving in a direction that is favourable to modern trade. People have to be at it. People have to get their models right but on the whole the ground is emphatically shifting in favour of modernisation. Just as the first set of players who created mobile telephony in India is nowhere to be seen, so here also there will be a churn.

Q. Traditional brick-and-mortar retailers have struggled with online sales the world over. It’s no different in India. Why have Indian retailers not been able to make the transition?
A.It is a new game for everyone. People will have to try different things. In the grocery space, I would like to say that most of e-commerce is imagined by men and designed by men. As long as you do that, I believe you cannot crack most categories except for a few like gadgets. Till you design it for women customers and till the woman customer bites into it, they won’t succeed. It has to be e-commerce later and shopping first. Right now, it is for men and by men and so discounting is the way forward for most e-commerce players.

Q. What is the one thing that would be different in a grocery site designed for women?
A. I would never think of it for the web. I would think of it for the phone and for the store and then take start putting it on apps. I think the grocer, who also has a physical presence, will be the store that will succeed in the connected commerce space. I won’t even call it e-commerce and connected commerce has to be imagined in the physical and mobile space and then adapted for the web. Not the other way around.

Q. What is more critical to winning in retail—having a breakthrough concept or execution?
A. I don’t believe it is an either-or in any case. I am a believer that you need the detail and execution if you want scale. But in a market that is growing at 10 percent per annum and where consumption patterns are changing so dramatically—where there can be a generation gap among two sisters who have only a five-year age gap—in that kind of market the returns on ideas are far greater than the returns on efficiency. People taking bets and those bets turning out to be the right ones is what will be the flavour of this market going forward. Not extracting the last two percent of efficiency.

Q. So it would be wrong to say that execution has been the Achilles Heel of modern trade?
A. Execution has to be right, for if execution is not right then even concrete roads can have potholes. You need right execution, if you want scale in a diverse country like India.

Q. It was thought that, in key urban markets, there should have by now been a decisive victory of modern trade over traditional trade. Was that based on a flawed assumption?
A. If you look at modern trade as only corporate modern trade, you are monocasting the argument. To me, the big modernisation is the entrepreneur-owned store—they becoming self service, they running their billing and checkouts in a manner where the data can be intelligently analysed and used is also modern trade and that is a far more inclusive definition.

Q. When you approach a market like India, is it the retailer with a portfolio of formats who has a better chance of succeeding or is it the retailer who focuses his efforts on one or two formats who has a better chance of succeeding?
A. I think the learning is very clear. In India, you need everything—from a Lifebuoy to Dove—even if it is sold by the same corporation. Similarly, even in retail you need differently positioned but clearly differentiated retail formats. In its largest market, it is a one- or two-format operation, but when it goes to Mexico and has a dominating presence there in the food and grocery space, it has six differentiated brands and the customer may not know they are all owned by Walmart. It is a very Western thing to say that a Lalbaug and a Warden Road will shop together. They don’t.

Q. What is the one striking thing about the Indian consumer that foreign retailers haven’t been able to understand?
A. Whether it is foreign retailers or foreign brands I think they fail to take on board that while the Indian consumer may be an emerging consumer she is also a very asserting customer. Just because you sell something globally doesn’t mean that she will automatically buy it. Unlike China, the influence of family and culture is much higher; the relative space for influence of brands is far more limited. Brands and retailers who take this into account are likely to win faster.

Q. Kishore Biyani and BS Nagesh were Indian retail’s first poster boys. But over the years it seems as if they’ve faded out. Has Indian retail lost its role models?
A. The world over we’ve seen that it is a usually a local retailer who succeeds. I have been associated with three Indian retailers—D’Mart, Future Group and Reliance. Each one of them has a very different character. I am led to believe that there is a fairly good chance that one of these will be the largest player eventually.

Tweets by @forbesindia
Podcast: Remoulding Tata Steel
The Rise and Fall of Educomp