British theatre director Melly Still, who is bringing her version of 'The Mirror Crack'd From Side To Side' to India starting January 30, says the key is to use stereotypes, then tear them apart 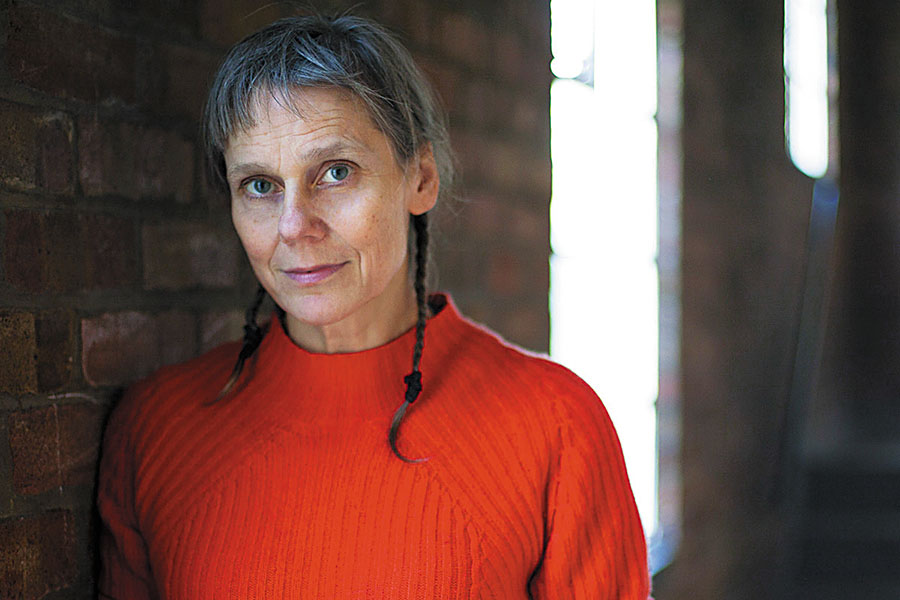 People have the hunger for live interaction: Melly Still

British director-choreographer Melly Still was never a big fan of Agatha Christie in her youth till she was offered to direct a production of The Mirror Crack’d From Side To Side. A re-reading of the crime fiction writer brought in new perspectives and she jumped on board to direct a production that was adapted for the stage by award-winning playwright Rachel Wagstaff (who has adapted Paula Hawkins’s The Girl On The Train, among others) and co-produced by the Wales Millennium Centre and Wiltshire Creative. Still is in Mumbai to direct another production of The Mirror Crack’d… re-contextualised for an Indian audience by writer Ayeesha Menon. The play will be staged at the NCPA in Mumbai between January 30 and February 9. Still, who has previously directed adaptations of Louis de Bernières’s Captain Correlli’s Mandolin and Elena Ferrante’s My Brilliant Friend, gives Forbes India a peek into what to expect from the staging of Christie’s bestseller, this time set in a sleepy hamlet in Goa. Edited excerpts:

Q. Despite being set nearly half a century ago and produced multiple times for cinema and theatre what makes Agatha Christie’s works interesting even now?
Christie is brilliant at plots, and people love a good whodunnit. But what people don’t talk about much and one of the problems I have with it is that the characters are just so two-dimensional, and they are so stereotypical. She was writing of her times, which means her attitude to different classes was bigoted at times. I had read all of Christie’s novels when I was about 12 or 13 and had become a bit snobbish about them until this project came up, when I started reading them again. And what I found interesting is that she writes through the lens of what it’s like to be a woman. All of Christie’s women characters are trying to deal with what it means to be slightly marginalised. But it’s done in quite delicate a manner; she doesn’t shout about it. And ultimately, she doesn’t judge her characters. She can be a bit moralistic with the character of Miss Marple, for example, but if you take that out, the characters are psychologically interesting.

In this play, Miss Mistry (as Miss Marple is called in the adaptation) sees the world from the point of view of how she’s experiencing life, and then through her predicaments she starts to empathise and understand the characters. In our version, she’s not foolproof; she makes mistakes.

Q. The flipside of doing a much-read and performed story like The Mirror Crack’d… is that you’ve got to reinvent it. How did you approach this play?
When you put up a novel on stage, it can be quite boring, because two people discussing a plot isn’t interesting. Only action is dramatic because it lets you see the dynamics between the characters. In this case, we’ve had to go back and forth in time as different characters remember what happened. Miss Marple wasn’t there at the crime scene, so she’s having to put together all the versions of the event. We are starting to see one particular event subtly shifting through the lenses of different suspects. We had to find a way of making it physical. We have an open stage and a lawn chair for prop. It’s Miss Marple’s sitting room but also her mind. Once a character is introduced, it stays there somewhere in the recesses of her mind, hovering until called forward again. With these movements in time and place, it is quite a dynamic piece of theatre.

The premise of the piece is about Miss Marple being injured and no one’s coming to see her and she’s feeling a bit lost and lonely. This is about ageing and forgetting and what we remember. We play on the idea of memory being malleable and fluid.

Q. What was the need to reimagine this for an Indian audience?
It seemed an anathema to me if I came to India and ask Indian actors to be set in a little English village. It’s fine if an Indian director did that, but it just didn’t make any sense for me. I wanted to work with Indian actors on a story that made sense to me about who they are and what their cultural heritage is. If we didn’t reimagine the story, how would the Indian characters speak? With an English accent? That seems weirdly colonial and awful.

Q. You’ve directed the play before with a British cast. When you chose to do an Indian adaptation, what were you looking for?
When I came here in May to hold auditions, I met a lot of actors whom I asked, ‘What would this character be like if they were Indian?’ In the end, it was more about how the actor portrayed the character.

Once the casting emerged, Ayeesha Menon, the writer who re-contextualised the play for an Indian audience, started to shape the story around them. This was an unusual set of circumstances where the casting happened first and then the story. 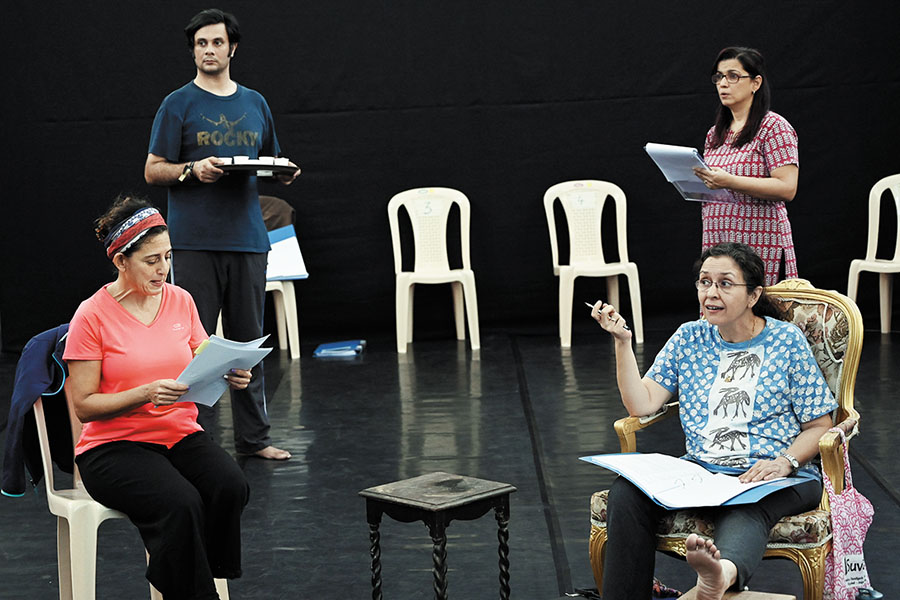 The casting for The Mirror Crack’d... happened first and then the story was reimagined

Q. What sort of adaptation can the audience expect from this production?
We don’t have the moralising Marple; we take the characters that are stereotyped and we subvert the idea. All the characters are bigoted and they stereotype others—like ‘Oh, she’s a Punjabi’, or ‘Oh, she’s a Muslim’, and then that unravels. In a way, we’re using the Christie trope of stereotypes and then picking away at it and illuminating it so that they all start to become aware of their snobberies. The latter, though, doesn’t happen in an Agatha Christie novel.

In the British context, Christie sets this story in seismic times, both socially and politically. This complacent, sleepy little village in the middle of England on one hand is being invaded by working class people from London. On the other side is Hollywood in the form of the glamorous actor Marina Gregg, who’s come to live there. It represents the encroaching commodification of America on one side and class mobility on the other. Marple is slightly anxious about it but at the same time wants to embrace it. We talked about how to re-contextualise that here. So, Ayeesha, who’s Goan, has set it in Goa in the mid-1970s. The encroachment is the hippies on the beach and the drugs and the instability that they generate, and Miss Mistry is trying to cope with the change.

Q. When you talk about characters with bigoted views, did you have the recent Indian political context in mind?
We’re not being on the nose about it, but the same is happening in the UK, and all over the world. You can’t help but make those connections. Someone in the play says, ‘Oh, but she’s a Muslim’. To which Miss Mistry says, ‘And what’s that got to do with anything?’ At the same time, she’s a bigot in some ways too and she’s having to come to terms with it.

Q. With the explosion of OTT platforms, do you see the audience for live theatre waning?
Strangely, no. People have the hunger for live interaction. It’s something about the live experience that’s unsurpassable. We can enjoy the comfort of our homes and bed and Netflix, but, in the end, it’s lonely. There’s nothing more exhilarating than watching live performances. It’s a social interaction and you can’t measure that visceral experience.

On the other hand, I’ve directed a piece for the National Theatre [in London], an adaptation of My Brilliant Friend by Elena Ferrante. It has four parts, each lasting for one hour or more and you can see it all in one day. It’s like binge-theatre and shows we are beginning to borrow from the Netflix experiences and bringing them into the theatrical form.