Three separate teams of scientists on two continents have found that omicron infections more often result in mild illness than earlier variants of the coronavirus, offering hope that the current surge may not be quite as catastrophic as feared despite skyrocketing caseloads

By Carl Zimmer and Emily Anthes 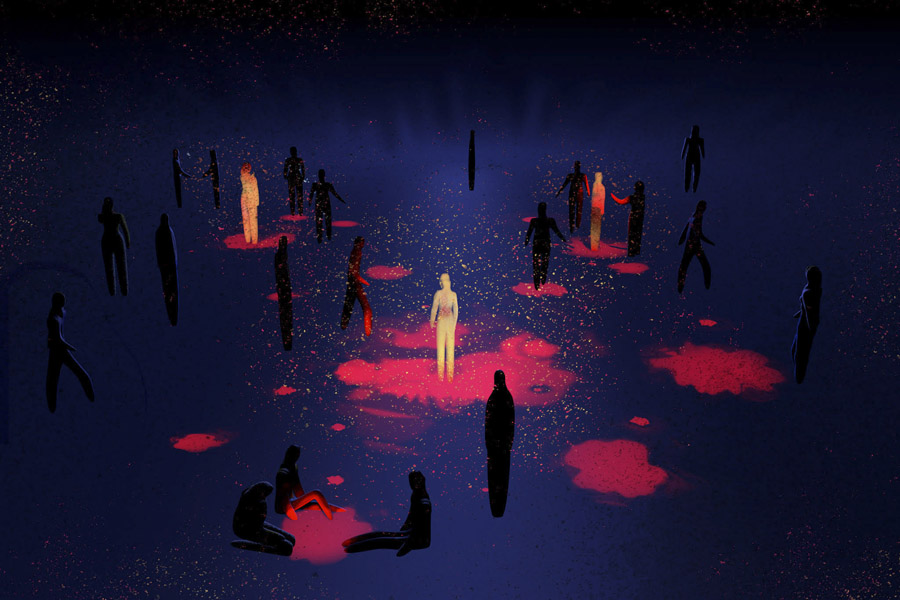 While there are subtle differences between the latest coronavirus strain and previous ones, so far the signs of infection look pretty similar. (Jon Han/The New York Times)

Three separate teams of scientists on two continents have found that omicron infections more often result in mild illness than earlier variants of the coronavirus, offering hope that the current surge may not be quite as catastrophic as feared despite skyrocketing caseloads.

The researchers examined omicron’s course through populations in South Africa, Scotland and England. The results in each setting, while preliminary, all suggested that people infected with the variant were less likely to be hospitalized.

“Given that this is everywhere, and given that it’s going to be so transmissible, anything that would lower severity is going to be better,” said Natalie Dean, a biostatistician at Emory University in Atlanta.

Since the discovery of the omicron variant in southern Africa in November, scientists have struggled to learn whether it causes more severe illness compared with other variants — and if so, in whom.

The new research suggests that the variant may have biological features that make it somewhat less dangerous than delta, the variant that dominated the world from summer till now.

But omicron’s lowered risk of hospitalization in all three countries also appears to be due in large part to immunity in those populations. Many of the infected already had protection against severe disease, either because of previous infections or vaccinations.

While the new research is heartening, experts warn that the surge coming to many countries still may flood hospitals with omicron cases, simply because the variant spreads so much more easily than previous versions of the coronavirus.

“I don’t want to be alarmist, but I don’t think that you can let your guard down,” said Christina Ramirez, a biostatistician at the University of California, Los Angeles.

Americans should take rapid tests before holiday events and should gather outside, open windows or find other ways to improve ventilation, Ramirez said.

While omicron may be causing milder disease on average, it is also spreading faster than any variant yet. It is the dominant variant in the United States, Europe and many other regions of the world.

Yet encouraging news came from South Africa Wednesday, suggesting that these surges may not last as long as previous ones. Omicron has fueled a record number of daily new cases, but officials reported Wednesday that the wave of infections may have peaked.

As infections in the United States rose to 154,000 daily cases on average over the past week, federal health officials added a defense against the rising threat to hospitals. The Food and Drug Administration on Wednesday authorized the first pill to treat COVID-19, offering a highly effective treatment against severe illness.

The drug, developed by Pfizer and known as Paxlovid, is authorized for COVID patients ages 12 and older who are at risk of becoming severely ill. Pfizer has reported that its pills are likely to work against the omicron variant.

The three studies from the United Kingdom and South Africa confirm that Americans will gain some protection against severe disease from vaccinations and booster shots. More than 200 million Americans — more than 60% of the population — are now fully vaccinated.

But the United States lags behind other countries, some of which have inoculated more than 80% of their populations. And only 63 million Americans have received boosters, which provide the strongest protection against both serious disease and infection from omicron.

The South African study focused on the surge of omicron cases since November. The risk of hospitalization was about 70% lower among people infected with omicron, compared with those infected with other variants of the coronavirus, the researchers found.

The authors speculated that the milder cases might be due in part to the fact that omicron was more successful at reinfecting people who had already had COVID-19. While the variant can evade the antibodies from previous infections and establish itself in the body, it may not be able to escape the powerful but slower immune responses that prevent serious disease.

In South Africa, researchers estimate that about 70% of people had COVID infections before the omicron wave. About 30% have been vaccinated. The authors were not able to separate the protection afforded by infections from that resulting from vaccinations.

They also cautioned that their data were gathered during an early stage of the omicron wave, when the overall infection rate was quite low. Infected people with relatively mild symptoms might have been more likely to be admitted to hospitals back then, before the wards filled up.

In Scotland, researchers examined delta and omicron cases in November and December, looking at how many patients with each variant were admitted to a hospital. Omicron infections are associated with a two-thirds reduction in the risk of hospitalization compared with the delta variant, the researchers found.

Mark Woolhouse, a professor of infectious diseases at the University of Edinburgh and a co-author of the new study, said that the dramatic surge of omicron meant that even if these preliminary results held up, the variant would still put a lot of people into hospitals very quickly.

Also on Wednesday, a team of researchers at Imperial College London compared omicron and delta cases in the first two weeks of December and reported a reduction in hospital visits, albeit a smaller reduction than that found by their Scottish colleagues.

Initial estimates suggest that compared with delta variant cases, individuals infected with omicron are 15%-20% on average less likely to turn up in hospitals overall and 40%-45% less likely to be hospitalized for a night or more.

The team was able to tease apart the outcomes of omicron infection on people who were vaccinated, previously infected or lacking any immunity at all. They confirmed the suggestion of the South African researchers that acquired immunity was helping to make omicron infections milder on average.

Tweets by @forbesindia
Why a Chinese company dominates electric car batteries
The Inception and Journey of BigBasket, Evolution of BigBasket: The Online Supermarket For Daily Needs The BigBasket Growth Story