With the sudden turn of events Wednesday night, the outlines of any diplomatic solution to the crisis once again looked very hard to discern 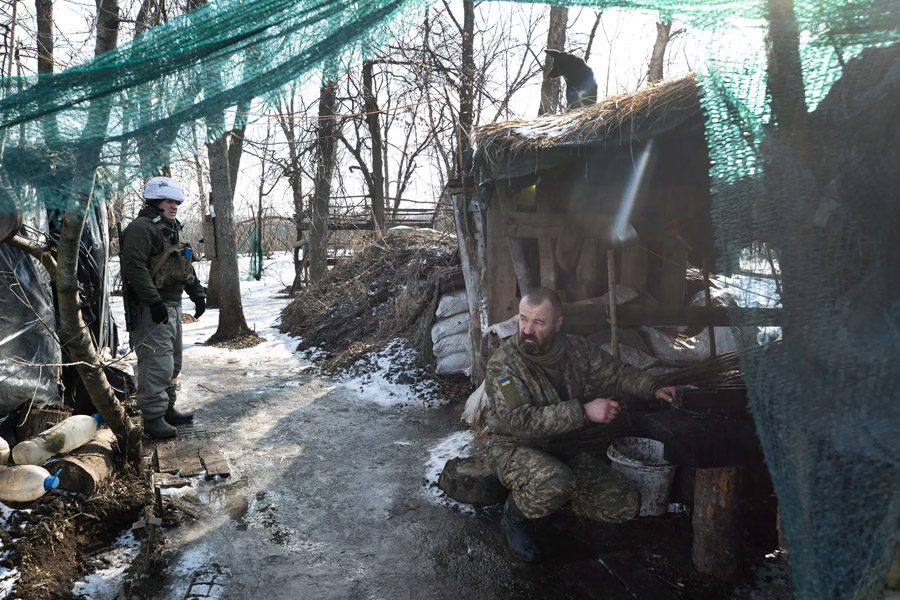 Ukrainian soldiers at a front line position near Katerynivka, in eastern Ukraine, on Wednesday, Feb. 16, 2022. Military analysts caution that it is too early to make firm conclusions about a possible drawdown of Russian forces without more information about which units are being sent back to their bases. (Tyler Hicks/The New York Times)

KYIV, Ukraine — Tensions over Ukraine abruptly ratcheted up Wednesday as Western officials accused Russia of lying about whether it had really begun pulling back troops from the Ukrainian border.
After days marked by flickers of hope that the conflict might be resolved peacefully, a senior U.S. official, who refused to be quoted by name, told reporters that far from winding down its deployment, Moscow had added more than 7,000 combatants. Western allies expressed similar doubts about the Russian claims.
The U.S. official directly accused Russia of lying, saying there was fresh evidence it was mobilizing for war.
British military officials said Wednesday they had spotted Russian armored vehicles, helicopters and a field hospital moving toward Ukraine’s border.