The intended buyer is the Poonawalla family, India's vaccine tycoons, who have been in the spotlight this year for cranking out hundreds of millions of Covid-19 vaccine doses 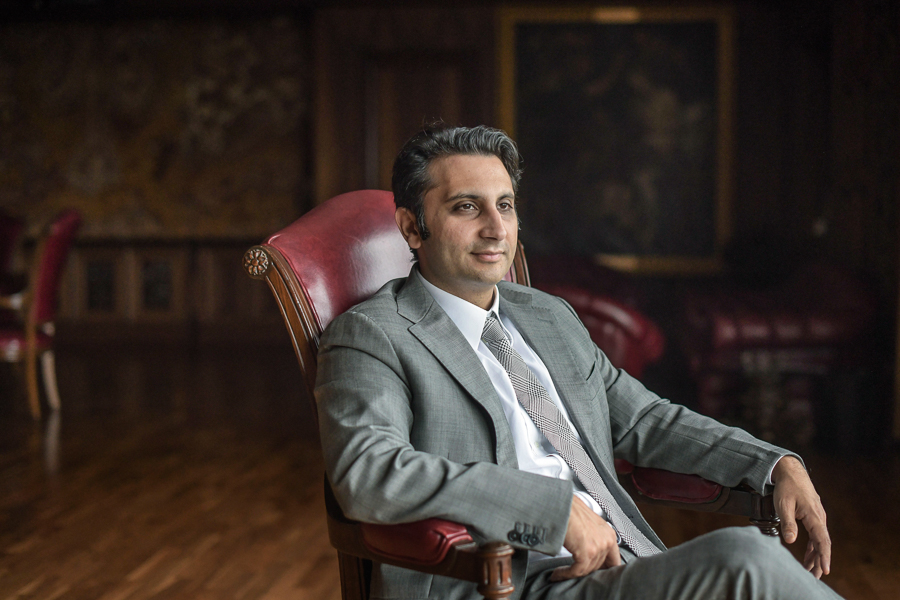 Adar Poonawalla in Pune, India, on July 10, 2021. For unknown reasons the Indian government has blocked the sale of Lincoln House, the former U.S. consulate in Mumbai, to the Poonawala family; Image: Atul Loke/The New York Times

MUMBAI — Earlier this year, when Secretary of State Antony J. Blinken was up for confirmation in Washington, he was hit with a strange question about a piece of property 8,000 miles away on the Arabian Sea.Lincoln House, a former maharajah’s palace and U.S. consulate in Mumbai, was supposed to have been sold six years ago for $110 million. Ever since, the United States has been trying to transfer the property to one of the richest families in India, now among the major makers of COVID-19 vaccines, but for unknown reasons the Indian government has been blocking it.The dispute is “an unnecessary irritant in bilateral ties,” Sen. James E. Risch, R-Idaho, said in a written question to Blinken during the confirmation hearing. “Do you commit to making the resolution of the Lincoln House issue a priority with India, and to directing the U.S. Ambassador to India to do the same?”“Yes,” Blinken said, and this week he will have a chance to prove his word.On Tuesday, he is scheduled to arrive in India for his first trip to the country as secretary of state, and congressional and administration officials say he intends to bring up this moldering mansion that is becoming something of a diplomatic black hole.Blinken has a full plate. He will be trying to quickly cover everything from cybersecurity, human rights and climate change to COVID assistance, the impending peril in Afghanistan and an elusive trade deal that could mean billions of dollars of new business for India and America, if it ever gets signed.But Lincoln House has become an unexpected obstacle. High-level diplomatic correspondence reveals how much attention this single property has consumed, laying bare some of the tortuous twists and turns of the U.S.-India relationship, which many U.S. officials hope will become their cornerstone in Asia.The intended buyer is the Poonawalla family, India’s vaccine tycoons, who have been in the spotlight this year for cranking out hundreds of millions of COVID-19 vaccine doses.Former Secretary of State Mike Pompeo vented his frustration last year in a letter to India’s foreign minister, writing that “the Government of India has never provided us any credible legal response or explanation of why it has blocked the transfer.”“Regrettably,” Pompeo added, “the Lincoln House saga does not live up to the standards of our relationship.” 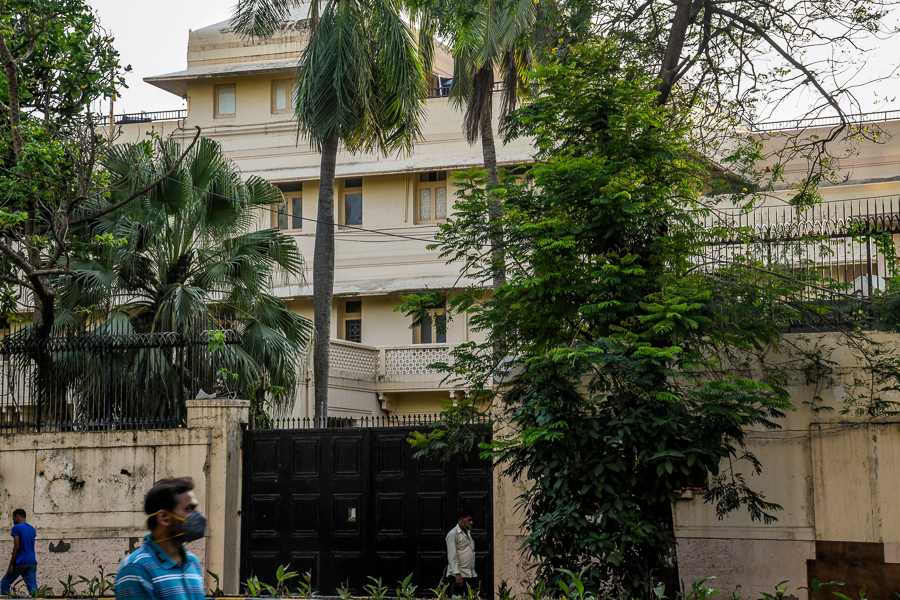 Lincoln House, the former U.S. consulate in Mumbai, on July 1, 2021. For unknown reasons the Indian government has blocked the sale of the mansion to the Poonawala family; Image: Atul Loke/The New York TimesA year later, with maintenance bills running up, Lincoln House still sits unsold, its high walls crumbling, paint chipping off, rust streaks running down to the sidewalk, an American-owned eyesore. A rambling, haunted-looking, cream-colored building, it lies in one of Mumbai’s most desirable enclaves — Breach Candy — just a stone’s throw from where soft waves tumble into the shore.Officials in the administration of Prime Minister Narendra Modi have met requests to discuss the matter with impenetrable silence.More than a half a dozen officials, from the Foreign Ministry’s chief spokesman to the Mumbai collector (involved in registering property transfers) to the principal director general of the Press Information Bureau, which handles queries concerning Modi’s office, declined to comment.U.S. officials are beyond annoyed.The way they see it, there are no legal reasons to block the sale, and India and the United States are supposed to be friends. They point out that Washington rushed in intelligence assistance and cold-weather gear last summer after Indian soldiers got battered by Chinese troops along their disputed Himalayan border. Then, when COVID hit India hard, the United States sent medical relief totaling nearly a quarter of a billion dollars.U.S. officials interviewed by The New York Times seemed perplexed by the holdup. They suspect Modi’s government doesn’t like the idea of the United States making so much money off the deal, which would be one of the biggest house sales in Indian history. Or possibly the Modi government wants to prevent Lincoln House from going to the Poonawallas, who are not among the handful of Indian billionaires known to be Modi stalwarts. Or maybe it’s a matter of pride, and officials feel uncomfortable with a foreign government simply selling off an iconic piece of Indian history like any other property.The three-story mansion was built in the 1930s in Indian-Deco style (picture clean art deco lines, with rounded cupolas and ornate window meshes) by the Maharajah of Wankaner, one of the hundreds of princely states that existed under British rule.M.K. Ranjitsinh was the grandson of the maharajah who built it.“It was very modern for its time,” he said of the home, which had a swimming pool, a cannon out front and a wooden dance floor (“not like we used it much,” Ranjitsinh admitted).But after independence in 1947, the maharajahs lost their privileges. The upkeep for the house — called Wankaner House back then — became too much for a minor aristocrat. So in 1959, the Wankaner family sold the rights to the property (Lincoln House is actually on a 900-year-plus lease) to the American government for 1.65 million rupees, which would have been around $350,000 at the time.Though New Delhi is India’s capital, the United States needed something big and impressive for a consulate in Mumbai, then Bombay, India’s commercial powerhouse.Indians of a certain ilk have fond memories of grand soirees at Lincoln House.“There were beautiful terraces so you could see the garden below,” said Jeroo Mulla, a media professor who visited the mansion several times, starting in 1975. “It was so unusual. It’s not like the other ugly things around.”But in 2011, the United States opened a modern consulate in Mumbai. It was time to say goodbye to Lincoln House. A few years later, when it was put on the market, the Poonawallas snapped it up.The family runs the Serum Institute of India, the world’s largest manufacturer of vaccines, based in nearby Pune. At times the family has been at odds with the Indian government over export restrictions and other issues but both sides need each other and have downplayed their differences.With a penchant for Ferraris and racehorses, the Poonawallas are known for living large and said they planned to use the 50,000-square foot space as a weekend home.In October 2015, India’s Foreign Ministry gave the U.S. government explicit permission for the deal in a letter saying, “This ministry would like to convey its approval for the sale.”

But soon after, another branch of the Indian government, the Defense Estates Officer, objected, saying the Americans had failed to give notice of the sale and cessation of use of the property within a mandated 20-day period. U.S. officials countered that they hadn’t finalized the transaction or stopped using the property and therefore hadn’t broken the rules.After the Indian government continued to frustrate the sale, many U.S. officials, including two ambassadors and Pompeo, weighed in, arguing that the sale should go through and urging the Modi Administration to help make it happen. U.S. senators sent two letters to Modi. They never received a reply.If the deal is not finalized by the end of August, the Poonawallas have the right to back out, according to the contract. If they do, the U.S. government then faces an expensive question: Now what?There aren’t too many other buyers who can drop $110 million on a home.And because Lincoln House is a heritage property, it would be difficult under current zoning rules to knock it down and redevelop. U.S. officials are beginning to worry it could be a total loss.Through a spokesman, Adar Poonawalla, the scion of the family, declined to comment. However, last summer, when the subject was raised in an interview with The Times, he said that the family still wanted it and didn’t know why the government was blocking the sale.“I really hope to God that they decide one way or another,” he said.