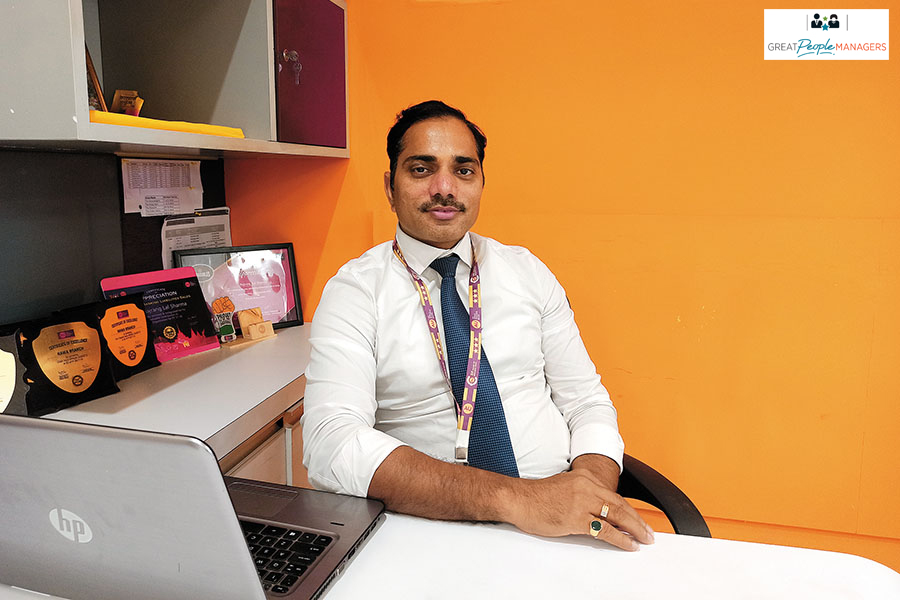 The pandemic has spared no business and banks, in particular, have had a challenging six months since March. Credit offtake was already at a 50-year low of 6.1 percent in FY20 prior to the spread of Covid-19. The slowdown in commercial activity and loss of jobs since March have meant that banks are likely to suffer more bad loans, make higher provisioning for them and see lower profit.

In such a scenario, the ability for a relatively new bank such as AU Small Finance Bank to garner fresh deposits has become a challenge. However, Vijendra Singh Shekhawat, who heads branch banking for the bank across India, is taking the challenge head-on.

In his eight years at the bank, Shekhawat, 38, has headed disbursements of loans, infrastructure lending, administration, information technology, AU’s bank licence project before becoming chief operations officer in 2017. Since the last four months, he is in charge of deposit growth.

Shekhawat monitors and leads work at about 150 branches with nearly 2,000 people reporting to him. “One of my principles is focus on input rather than output. It means how to execute plans effectively rather than achieving a depositors’ growth target for each month,” he says. 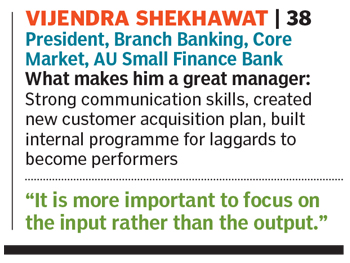 “It means identifying type of customers we need as depositors and structuring the self-pitch for the team. Earlier, the teams used to simply cold call and approach anybody for opening a bank account. We created a more scientific approach of studying the Reserve Bank of India’s deposit base data, identifying 10 to 12 customer profiles and defining a matrix for each location. This helped us identify 10,000 people who have deposits with other banks and need to be captured into our bank,” adds Shekhawat.

AU Bank’s savings account deposits grew by 14 percent in Q1FY21 compared to the previous quarter, led by retail depositors. Savings account deposits grew by approximately ₹370 crore in the June-ended quarter against an average growth of ₹41 crore in the previous four quarters of FY20. The bank now has a diversified deposit growth across 12 states, led by Maharashtra and Rajasthan.

Shekhawat has also introduced other management principles: A super 50 group of good performers who have to be groomed as future leaders and the lowest 50 who are specifically motivated and trained in skill sets to rise up the ladder.

His has helped groom leaders across different bank functions. “What we always got [under his leadership] are opportunities,” says Vikas Chowdhry, senior vice president (asset operations) at AU Small Finance Bank, who joined the bank in the same year as Shekhawat. Chowdhry now heads the function Shekhawat once handled. “I achieved this thanks to his guidance.”

Tweets by @forbesindia
Photo of the Day: Movie theatres set to open in some states
Sachin Chandra: Going the extra mile