With the proper safeguards, creative destruction — the process by which the new replaces the old — remains the way to greater economic growth and prosperity 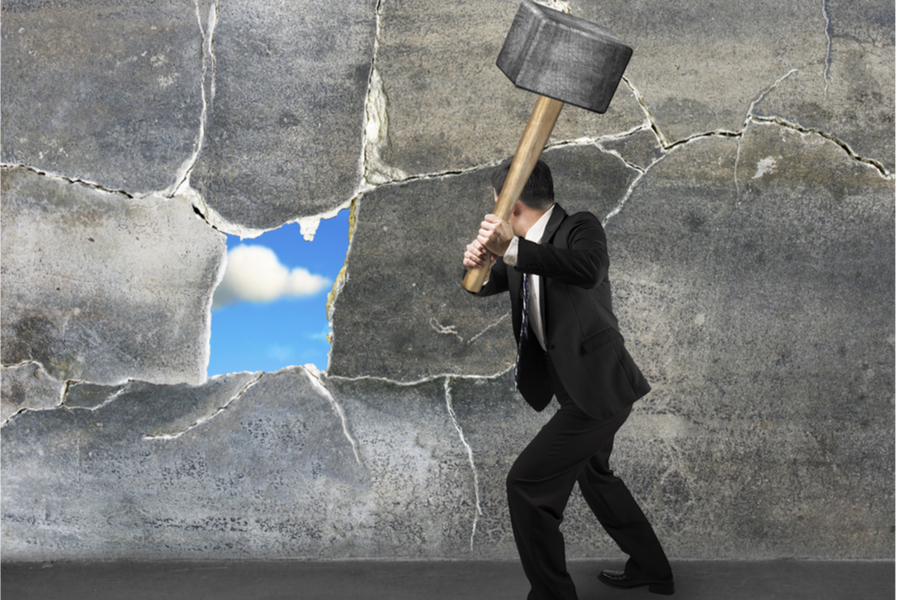 Let’s face it: Capitalism has a bad reputation these days. While it is still seen as the “least awful” of alternatives, many accuse it of having led to exploding inequality, disastrous climate change and fractured societies. For some, these consequences are enough to advocate abandoning it altogether.

In The Power of Creative Destruction, economists Philippe Aghion, Céline Antonin and Simon Bunel argue that abolishing capitalism is not the solution. Historically, a market economy has proved to be a formidable engine of prosperity, enabling societies to develop in ways that were unimaginable even two centuries ago. However, market forces cannot be given free rein. The state and civil society both have a role to play in guiding the forces of disruptive innovation that underpin growth.

Creative destruction refers to the process by which innovations continually displace existing technologies and ways of doing things. New firms continually step up to the plate and new jobs replace obsoleted ones. In sum, the new destroys the old. This constant innovation is the driving force of capitalism and the catalyst of long-term growth. However, feats of innovation aren’t heaven-sent. They are achieved by entrepreneurs motivated by the prospect of dominating over a given market. The problem is that once they manage that, they often use their might to maintain the status quo and block the natural Darwinian process.

The originator of the notion of creative destruction, Joseph Schumpeter (1883-1950), was pessimistic about the future of capitalism. He believed that powerful incumbents – think conglomerates – would eventually dominate every sector. By stifling competition, they would kill innovation and growth softly. On the strength of about 30 years of global research that yielded the body of theory and empirical evidence that Schumpeter lacked, Aghion and his co-authors are unquestionably more upbeat. Advocating a fighting optimism, their book shows there are ways to reward growth-creating innovators and, at the same time, prevent them from entrenching themselves.

Revisiting the main enigmas of economic history
History has left us with some enigmas about economic growth. Among them: Why did economic growth suddenly pick up from 1820, after being negligible for close to 2000 years? Why do some countries start to converge to the standards of living of developed countries but sputter mid-way? And why have technological revolutions so far not brought about the mass unemployment feared by the Luddites in 19th-century England and by John Maynard Keynes in 1930? The body of knowledge accumulated around creative destruction helps us solve all these enigmas and more, as shown by the following three vignettes.

The 1820 starting point of growth: The world per capita GDP was the same in the year 1000 as in the year 1 CE. From there, the average rate of yearly growth barely reached one twentieth of 1 percent. But in 1820, in the United Kingdom and then in France, economic growth suddenly picked up, reaching about 0.5 percent per year for 50 years. Why? Because of the convergence of four factors: greater transfer of knowledge (e.g. the Encyclopaedists, the weakening of overprotective guilds), effective protection of property rights, healthy competition between European nations (inventors not welcome in one country could take their brilliance elsewhere) and the development of financial instruments that dynamised innovation and risk taking.

The middle-income trap: Developing countries must implement investment-focused policies to catch up initially, but at some point, they must switch to innovation-promoting policies to compete within the world of developed economies. A crisis can help with that painful transition to a more Darwinian setting. If not, the nation’s growth stalls as the well-fed incumbents guard their turf and block new competition.

Technology as the end of jobs: The fear that machines will destroy human jobs began long ago. When William Lee presented a stocking-knitting machine to Queen Elizabeth I in 1589 (in order to get a patent), she refused, declaring: “Consider what thy invention could do to my poor subjects. It would assuredly bring them ruin by depriving them of employment, thus making them beggars.” However, we now have data to show that the impact of automation on jobs is not only positive, but it also increases over time. A 1 percent increase in automation in a plant today increases employment by 0.25 percent after two years and by 0.4 percent after ten years. This effect holds even for unskilled manufacturing workers. Automation generates productivity gains that benefit employees, consumers (via lower prices) and firms (via increased sales).

Questioning some common bits of wisdom
Creative destruction also gives us a useful lens through which to assess policy prescriptions. For instance, some believe that taxation is the sole method of making growth more inclusive. Along the same line of thinking, some insist we should tax robots, especially since they will (allegedly) create mass unemployment. Others view a complete ban on growth as the best way to fight climate change.

Aghion and his co-authors believe these policies are misguided and explain why in the book. Taxation is but one economic tool; it is just as important for the state to promote innovation to boost social mobility and raise standards of living. The focus should be on investing in education and science. More recently, the state has emerged as an investor in innovation. This is a smart move.

Taxing robots, or any new technology for that matter, goes against innovation. The state should always preserve the free entry of goods and services in the market. Will some jobs be displaced in the process? Of course, and that is why creative destruction has an important caveat, or perhaps corollary: The state must insure employees against the potentially adverse consequences of job loss.

Zero or negative growth is not the best response to climate change. Green innovation is. However, a laissez-faire economy doesn’t move spontaneously towards green innovation. On the contrary, polluting firms will naturally prefer to innovate in the same polluting technologies. So, the state must provide incentives to redirect innovation efforts. Several levers can achieve this: a carbon tax, subsidies for green innovation, technology transfers to developing countries and carbon tariffs to discourage pollution havens. Civil society also has an important role to play to persuade firms to pursue green technologies.

Rethinking the future of capitalism
Lastly, the creative destruction paradigm helps us rethink capitalism. The Covid crisis has revealed the pitfalls of capitalism, which turn out to be very different across countries. The United States has a great model of innovation, but its social model is broken. Europe (broadly) offers social welfare, but its innovation model is inadequate. The book explains how we should work towards a model of capitalism that combines the dynamism of the US innovation with the social protections afforded by a country like Denmark.

Despite Schumpeter’s initial gloom, capitalism isn’t doomed. There are ways to overcome its apparent curse. But just like innovation isn’t heaven-sent, fixing capitalism will require coordinated action, based on a solid understanding of the determinants of economic growth and prosperity.

States should pursue two types of policies simultaneously: protecting intellectual property rights on innovation on the one hand and safeguarding competition on the other. Merger and acquisition policies should also take into account the impact on innovation. The entry of smaller, potentially more innovative players, cannot be left to the good will (or distraction) of the incumbents.

Optimal innovation policies will never please the firms that have already achieved market dominance. Proper separation of power, supported and enforced by a strong civil society, is required to ensure minimal collusion between behemoth firms and the executive power. Think of it as a “magic triangle” that includes the state, the market and civil society acting as a watchdog.

Does fixing capitalism somehow involve getting rid of the 1%? The short answer is no. While innovation does help the top 1% get richer, it doesn’t impact the Gini coefficient (an index of wealth inequality within a nation). This is because innovation lifts society as a whole through promoting social mobility. This contrasts with lobbying, which also helps the rich get richer, but does nothing for innovation on top of increasing the Gini coefficient. In sum, society can reward innovators, but should never leave them in charge of policymaking.

As the engine of prosperity, creative destruction can generate a growth that is sustained, inclusive and green. Innovation is indispensable to growth, and capitalism is indispensable for innovation, but it needs to be regulated.