'India is one of the Top Five countries for workplace globally' 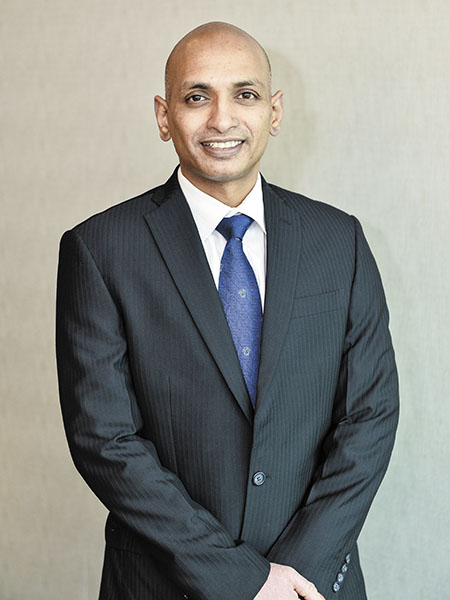 On October 10, Facebook announced the global launch of Workplace by Facebook, the social media giant’s enterprise communication offering. At the time of its official launch, more than 1,000 companies were already using the service as part of the pilot programme. It’s still early days, but Workplace (formerly Facebook at Work) is already being touted as a possible ‘email-killer’. Forbes India spoke with the Asia-Pacific Head for Workplace by Facebook, Ramesh Gopalkrishna, about the roll-out. Edited excerpts:

Q. You’ve engaged with enterprises in the beta stage. In what ways has Workplace evolved with that engagement?
We got a lot of feedback about enterprises wanting the personal profile of Facebook to be separate from the work profile. That was one important piece of feedback. A lot of companies said: We love this platform for internal collaboration but we would also like to start using something like this to collaborate with suppliers, dealers and ad agencies. So now we’re introducing something called multi-company groups. Another feedback we got was that a lot of companies felt there’s tremendous power in something like Facebook Live. We’re seeing more and more CEOs doing impromptu live broadcasts.

Q. What does Workplace’s India involvement look like, as of today?
India is one of the top five countries for Workplace globally. While we started piloting the service worldwide about 18 months ago, we began in India only 6-7 months ago. We are incredibly surprised by the speed with which Indian companies have embraced us. One of the things with Workplace is that we support 100 languages, and that includes most of the formal Indian languages.

Q. There are enterprise platforms that have been fairly popular before. What is the fundamental differentiator for Workplace?
For some of the enterprise applications, the engagement rates have not exceeded 8-10 percent. With our early adopters, we are seeing engagement rates between 70 to 95 percent. People often underestimate the complexity of rolling out an enterprise application, especially when it comes to training and user adoption. With Facebook, because we have 150 million people in India using it, there’s actually a zero learning curve. One CEO told me: We don’t really need a manual for using Facebook. The second thing is mobile. In a country like India, people spend so much time in traffic that being productive on the mobile [phone] is a critical factor. Traditional enterprise applications, especially something like the intranet, have never really been available on it. And so with Workplace, we’re bringing the collaboration to mobile.

Q. What do you think has kept the email going?
You’ve never had the opportunity to interact with your [external] partners on a tool other than email. With the introduction of our multi-company groups, companies can interact with their partners through the Workplace platform. Instead of sending emails back and forth, they can simply upload it to the group.