RBI Leadership: What does Das bring to the table?

The government ensured that there was a very quick transition after Urjit Patel quit, with Shaktikanta Das, a former bureaucrat, being appointed the new RBI governor within 24 hours 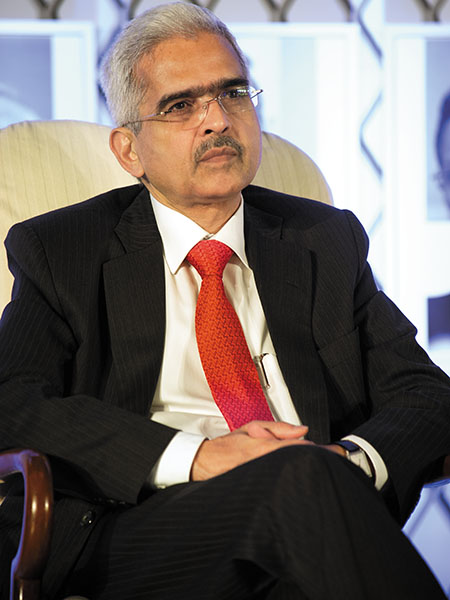 
It has barely been a few days since one of the most tumultuous events in India’s financial markets, when Urjit Patel suddenly quit as governor of the Reserve Bank of India. The stock markets fell 700-odd point on the day he quit, December 10, but bounced back quickly to rise 969 points (2.77 percent) within the next three days. This meant that investors had taken the development in their stride and moved on.

There were two reasons for this: First, the government ensured that there was a very quick transition after Patel quit, with Shaktikanta Das, a former bureaucrat, being appointed the new RBI governor within 24 hours; second, analysts and investors expected the new governor to be less hawkish than Patel, who had lowered interest rates only thrice in a two-year term.

“Given our macro view of slowing growth-inflation over the next year, Das will be supportive of an accommodative monetary policy because, as he has stated in the past, inflation and interest rates are linked,” says Sonal Verma, chief India economist at Nomura Research. She forecasts the RBI’s monetary policy committee stance to change to “neutral” from the present “calibrated tightening” in early 2019, and expects a 25 basis points repo rate cut in Q3 2019.

The RBI has kept the repo rate unchanged over the last two policy meetings at 6.5 percent, considering its “calibrated tightening” policy stance. In a December 5 policy meeting—in what turned out to be Patel’s last policy meeting—he said this would help the RBI “buy time to pause, reflect and undertake future policy action with more robust inflation signals”.

After taking charge, Das has signaled the need to interact more with the government, which the stock markets interpreted positively. “The government is not just a stakeholder but also runs the country, economy and manages major policy decisions. So, there has to be a discussion between the government and RBI,” Das said on December 11.

He is likely to be more communicative and consultative in his approach with the government, say analysts. ”Look at the past. All RBI governors with an IAS background have helped make the central bank a stronger institution,” a senior executive with a ratings agency said, on condition of anonymity. Both Patel and his predecessor Raghuram Rajan are economists.

But Das has his work cut out and has several contentious issues to deal with. These include improving a still frosty relationship with the government; whether and how the prompt corrective action (PCA) framework for some state-owned banks should be loosened; easing of interest rates to boost growth and liquidity provisioning. Das’s—and even the government’s—relationships with some private sector banks such as Yes Bank, Axis Bank and ICICI Bank will also have to be closely watched, as new leaders are set to take charge in each of these banks. Das has already met seven public sector banks, where they have appealed for relaxation of PCA norms.