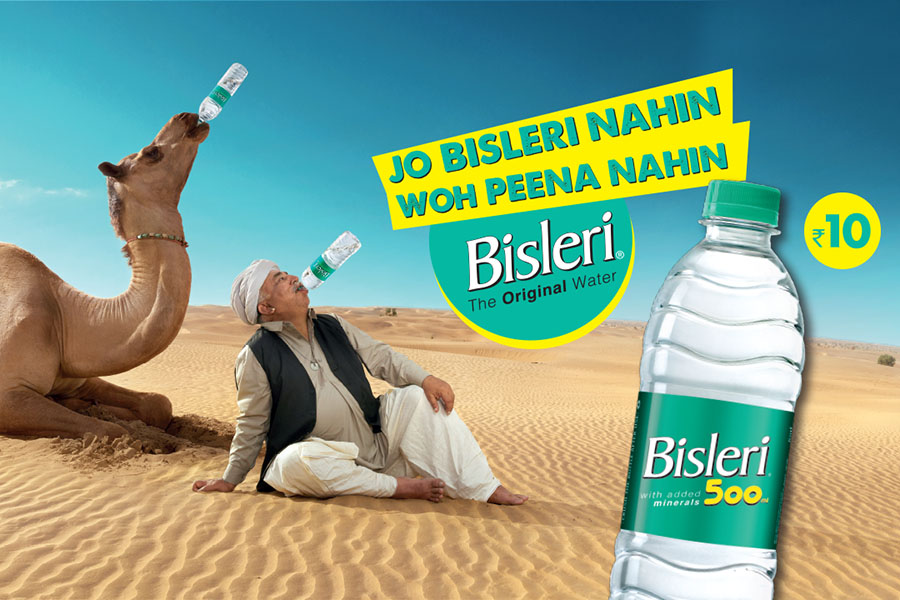 Now with the Tatas in talks to buy Bisleri, the problem of fakes will be one of the biggest challenges.

Ramesh Chauhan lives up to his reputation of not mincing words. “No, the news of the Bisleri sellout is not real,” says the veteran industrialist in an exclusive interaction with Forbes India. “I haven’t sold the brand yet. I am in talks with the Tatas. The deal will conclude in six to seven months,” he adds, admitting that the brand would soon find a new home and a buyer.

The new buyer, though, will also get to inherit something unwanted. “Wo toh hota hi hai (That always happens),” he says, alluding to the menace of fakes. “You have to accept it,” says the man behind the iconic brands such as Bisleri and Thums Up. Though the problem of fakes affects any brand which is synonymous with the category—Maggi too has its fair share of clones and fakes—Bisleri has a unique problem.

Let’s start with the pinned tweet on the official handle of Bisleri—BisleriZone. The tweet is not about water. It’s not even about over 6,500 tonnes of plastic that the brand has reportedly collected and recycled under its ‘Bottles for Change’ initiative, a consumer awareness programme that educates people to clean and segregate all kinds of plastic. The top message on the Twitter handle is about fake job postings. “Caution,” reads the message.  All communications related to employment at @BisleriZone are issued by authorised officials of human resource department from the official email id @bisleri.co.in.

And if you find the ‘fake job’ posting an aberration, then there are more ‘fake’ variants for the readers to explore. Scroll down the tweets and the one tweeted on September 9 is about ‘fake distributorship’. “Caution” is the warning. It has come to our attention, the message stresses, that certain unscrupulous people/entity are impersonating Bisleri International and taking money with the promise of offering distributorship. “We encourage the public to exercise caution,” the tweet underlines.

Three years ago, in August 2019, there was another ‘fake’ tweet. The official handle tweeted the pictures of fakes, lookalikes and clones of Bisleri with similar-sounding names—Belsri, Bilseri and Brislei—and conveyed a message that ‘samajhdaar jaante hain, har paani ki bottle Bisleri nahin (the smart ones know that every bottle of water is not Bisleri)’. The tweet was an extension of the campaign that the brand rolled out in 2017 to tackle the menace of fakes. About 65 percent of the packaged water category—which is pegged at Rs15,000 crore—is infested with over 3,000 local labels. Most of them, interestingly, are clones, me-toos and fakes. Over the last few years, the brand has rolled out innovative and quirky campaigns—remember the camel mascot—and initiatives such as dual-language labels in regional languages to fight the menace of fakes. A flurry of hastags—
#BeSamajhdaar #BeOriginal #HarPaaniKiBottleBisleriNahin #SamajhdaarBisleriPeeteHai—were coined to sensitise the masses. The problem, unfortunately, remains acute.

Also read:  How Parle Agro Is Milking The Market With Smoodh

Now with the Tatas in talks to buy Bisleri, the problem of fakes will be one of the biggest challenges. Branding and marketing experts reckon the dilemma for any new buyer. Harish Bijoor, who runs an eponymous brand consulting firm, first talks about the biggest strength of the brand. “Bisleri is synonymous with the category. It’s a generic name and a huge plus,” he says. The strength, though, ironically happens to be the biggest weakness. “If you keep saying that ‘I am real’, then it means that there is still a branding gap that needs to be filled,” he says, adding that the spurious problem needs to be tackled on the back foot, and not on the front foot. Fakes, Bijoor underlines, are for real and they hurt any brand, especially the ones that have become generic with the category.

Though Bisleri’s Camel campaigns have won hearts and are endearing, they also point to an ugly reality. Bisleri, points out Ashita Aggarwal, has been continuously and relentlessly harping on the message of being real and driving home the point that samajhdaar Bisleri peete hain (the smart ones drink Bisleri) and know how to spot fakes. While the effort is to sensitise the population, it also conveys that the problem remains unsolved.

Also read: How Gold Spot Became The Most Popular 'uncola' Of Its Time In India

Aggarwal explains Bisleri’s predicament. Unlike Maggi or popular consumer brands such as Adidas or Nike, the low-entry barrier in packaged drinking water is the bane of the industry. Add to it the fact that most of the fakes are a large cottage industry and not regulated. The margins that they offer to mom-and pop stores, millions of kiranas and paan shops to sell the fakes ones are hefty and cannot be matched by the ‘real’ brands. “Any new buyer of Bisleri will get the brand, but will also inherit the unwanted baggage,” reckons the marketing professor at SP Jain Institute of Management and Research. Clearly, the issue might be fake, but the problem is real.